By Ken Silva of The Epoch Times

The FBI allegedly paid a publisher of white supremacist literature more than $144,000 over 16-plus years to serve as a confidential informant, according to recent filings in an ongoing domestic extremism case. 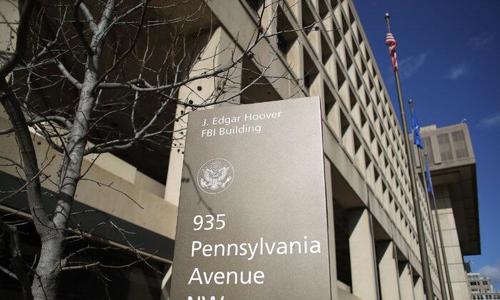 These allegations were made earlier this month by Kaleb Cole, an accused member of the white supremacist group Atomwaffen. Cole was arrested in February 2020 for allegedly participating in an Atomwaffen intimidation campaign against Jewish people and journalists of color.

On Aug. 13, Cole filed a motion to suppress evidence seized during the FBI’s search of his Texas home. According to Cole, the FBI failed to disclose the sordid background of one of its confidential informants in the bureau’s application for a search warrant.

“The CI [confidential informant] is a convicted felon and currently owns and operates a publishing company that distributes white supremacist writings,” Cole said in his Aug. 13 filing.

“The CI began his long career as a professional informant in exchange for consideration regarding his sentence on a federal conviction for possession of a firearm with an obliterated serial number and an unregistered silencer.

“He has continued this work for pay.”

Cole’s attorneys argued that the FBI’s omissions violate requirements for law enforcement to disclose whether their informants have financial or other ulterior motives for providing information.

“The failure to include the information about the CI’s incentives is made more egregious by the fact that the warrant application incriminated Mr. Cole based almost solely on the alleged observations of the CI,” Cole’s motion said.

The Department of Justice admitted in filings last week that the FBI failed to disclose information about the confidential informant’s criminal history—though prosecutors said the search warrant used against Cole was still legally obtained.

“Although the defense is correct that certain potential impeachment information about the informant was not included in the affidavit, that omission is hardly fatal,” the DOJ said. “The omitted information was limited to the fact that the informant was well compensated by the FBI over a 16-year period, and was convicted of a firearms crime over 15 years ago.”

According to prosecutors, the FBI didn’t include this information because agents believed in good faith that probable cause wasn’t dependent on the informant’s credibility.

Moreover, the FBI didn’t believe that including the informant’s criminal history would have changed the judge’s decision to issue a warrant to search Cole’s home, prosecutors said. In fact, the DOJ argued that the FBI’s use of the informant for more than 16 years suggests that the FBI consistently found the informant reliable.

“And it is far-fetched to suggest that a single 15-year-old firearms conviction would have caused the magistrate judge to refuse to sign off on the warrant,” the DOJ said. “And finally, as the affidavit outlined in great detail, the agents were able to corroborate the information the informant had relayed about the plot.”

The DOJ’s response didn’t address Cole’s allegation that the FBI informant is a white supremacist publisher.

When contacted by The Epoch Times, a DOJ spokesperson said, “Our filings in this case speak for themselves, and we have no additional comment to add at this time.” Cole’s attorney declined to comment, while the FBI’s Houston office directed inquiries to the national press office, which has not responded.

The allegations about the Atomwaffen informant follow revelations about the heavy role FBI informants played in the failed plot to kidnap Michigan Gov. Gretchen Whitmer. A Buzzfeed News investigation last month found that the FBI used at least 12 informants involved with the kidnapping—suggesting that the scheme might not have started in the first place without the FBI.

“Working in secret, they [the informants] did more than just passively observe and report on the actions of the suspects. Instead, they had a hand in nearly every aspect of the alleged plot, starting with its inception,” Buzzfeed reported. “The extent of their involvement raises questions as to whether there would have even been a conspiracy without them.”

Questions have also been raised about the role FBI informants may have played in the Jan. 6 Capitol Hill riots.

“What would be shocking and strange is not if the FBI had embedded informants and other infiltrators in the groups planning the January 6 Capitol riot,” said journalist Glenn Greenwald, who’s been extensively documenting various questionable activities of the national security apparatus, in a recent op-ed. “What would be shocking and strange—bizarre and inexplicable—is if the FBI did not have those groups under tight control.”