Before Regan spoke with Cortes, she provided readers with a backdrop of the word “transitory” and how The Fed ignores soaring prices of goods and services. Heck, it’s a brilliant strategy by the Fed because if six months from now prices are still increasing, Chair Jerome Powell will merely say inflation remains transitory. Still, in reality, it’s not and becoming more persistent… 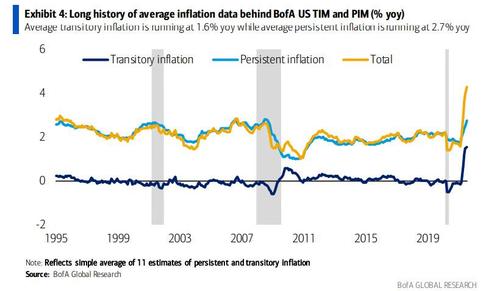 Regan asked a very important question during in the intro of the podcast: How long can the middle class handle surging stagflation: soaring gasoline and supermarket prices and barely any real wage growth (on top of new virus restrictions).

She said the 11-14% food price increases at the supermarket are beginning to dent consumer sentiment, adding that middle-class wages adjusted for inflation aren’t going as far as they used to. Many folks are living a different life than they were in pre-COVID times, and they’re becoming furious that the American dream is collapsing in front of their eyes.

Regan adds a confluence of bad events, such as inflation, souring consumer sentiment, and the Afghanistan withdrawal debacle is damaging people’s perception of the Biden administration.

And to circle back to the Fed, she said unless Powell and his gang of monetary wonks begin to taper or at least raise rates in the near-term, the inflationary impact will continue to crush middle America. She added that if inflation is not tamed and the Fed had to resort to former Fed chair Paul Volcker’s move for drastic rate hikes to curb inflation, it would severely impact asset prices, such as stocks, bonds, and real estate.

For more on this, Regan brings in Cortes, who said the Fed had been politicized and they care about two things:

Cortes told Regan the Fed should pair down its unprecedented $120 billion per month in bond buying and begin to lift the federal funds rates off the zero lower bound to tame inflation. He said inflation has created new wealth for elites but at the expense of middle America, barely seeing any wage gains adjusted for inflation.

He warned that a continued rogue Fed would “crush middle and low-income people.”

And none of this should come as a surprise because ZeroHedge from inception has been very clear on the Fed’s role of excessive monetary policy has created the greatest wealth divide in human history as the hidden 3rd mandate of raising asset values directly benefits the rich (who own all the assets) as opposed to the poor and middle class plebs (who own all the debt). 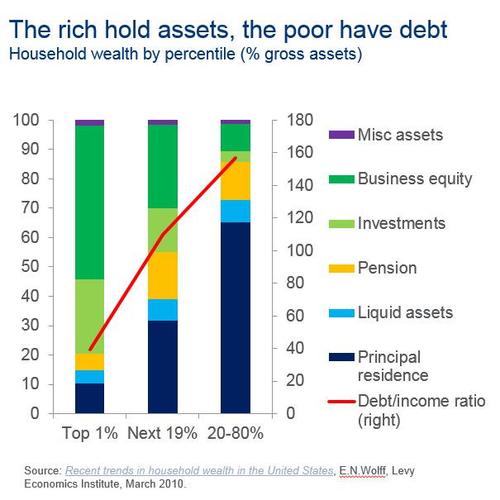 It should also be clear that The Fed, tenured economists, and the financial media are doing everything in their propaganda power to convince Americans that the current burst of inflation is transitory, although it now appears that even the Fed has doubted its own narrative, saying inflation is “more lasting but likely still temporary” until proven otherwise.

With all the wealth and power increasingly being transferred to financial elites under an easy money regime via the Fed, who are enjoying asset price inflation, comes at the expense of an increasingly debt-ridden (just to keep up appearances) collapsing middle class that has been well underway for decades. 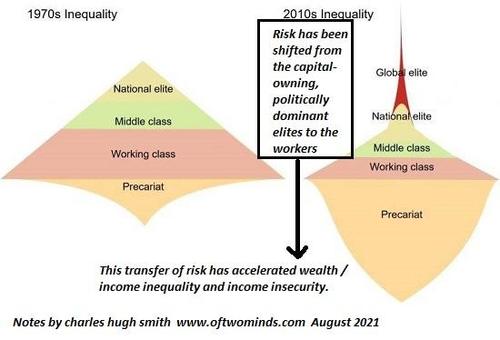 For more on this, here’s the interview:

Sadly for the Fed, even the great unwashed masses have started to realize central banks have pushed more people out of the middle class than ever before, through just a “little more” wealth redistribution from the poor and middle-class to the rich, and Biden will soon be wondering if tweeting “let them eat cake” as the S&P prints new daily all time highs will help delay the next American revolution… or stoke it.

Simply put, The Fed has cornered itself and doesn’t want to be the one to remove the monetary punch bowl at the party when everyone is having a good time… especially ahead of 2022’s Midterms.