Spain’s Socialist-led government announced temporary tax cuts on power prices in an attempt to drive down household electricity costs, which have surged this summer and triggered outrage among working-poor, according to FT.

Pedro Sánchez, Spain’s prime minister, addressed the nation on Monday night to minimize political damage from the hyperinflationary rise in power prices. He said taxes on electricity would be significantly reduced, and energy companies would be taxed on their “extraordinary profits” and “redirected to consumers.” 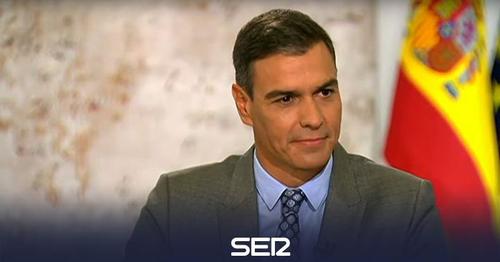 “We have made a firm commitment that all citizens will pay the same electricity bill [this year] as in 2018,” Sánchez said, adding that energy companies’ high profits are “not acceptable.”

The emergency measures would reduce government revenues for 2021 by around 1.4 billion euros, he said, and 650 million euros will be taken from energy companies’ profits and used to assist households. The new package is expected to be approved Tuesday.

The exponential rise in Spain’s wholesale electricity prices shows no signs of abating. Prices jumped Tuesday to another record high of 172.78 per megawatt-hour. From the beginning of summer, prices are up more than 200%.

One primary concern is the price of power rising as the summer season winds down and winter is ahead has become one of the most heated political issues. Sánchez is acting to alleviate consumers as record-high power prices eat away their wages.

Angel Talavera, head of European economics at Oxford Economics, told FT, that “people are feeling the pinch in their personal finances but this is not a Spanish problem; it is a European if not a world problem.”

“The issue is that, because of the different way the Spanish market works, much of the world has not noticed it yet, but sooner or later, a similar trend will happen in other countries,” Talavera said.

Some of the factors behind the soaring electricity and gas prices can be pinpointed to several factors, including increased gas demand by China, higher carbon prices, and reduced supply from Russia.

Besides Spain, Germany, the UK, Netherlands, and Dutch have also seen explosive nat gas prices, which have caused power prices to surge. This is creating political pressure on European governments and European Central Bank President Christine Lagarde to get a handle on prices.

Like it or not, and Europe doesn’t want to admit it, they will soon be drooling over cheap Russian gas via the Nord Stream pipeline as a way to cap soaring gas and power prices. Politicians will do anything to get re-elected, even if that means taking Putin’s gas.