Having unsuccessfully roused populist anger against the SEC in his twitter tirade against the SEC’s over-reach, Coinbase CEO Brian Armstrong appears to have folded, confirming in a blog post that the giant crypto exchange will not be launching its lending program.

As a reminder, Armstrong noted “some really sketchy behavior coming out of the SEC recently,” as he revealed that the securities regulator had threatened to sue over the crypto exchange’s new lending program.

8/ But in this case they are refusing to offer any opinion in writing to the industry on what should be allowed and why, and instead are engaging in intimidation tactics behind closed doors. Whatever their theory is here, it feels like a reach/land grab vs other regulators.

Update as of 5pm ET, Friday, September 17th: we are not launching the USDC APY program announced below

Our goal is to create great products for our customers and to advance our mission to increase economic freedom in the world.

As we continue our work to seek regulatory clarity for the crypto industry as a whole, we’ve made the difficult decision not to launch the USDC APY program announced below.

We have also discontinued the waitlist for this program as we turn our work to what comes next.

We had hundreds of thousands of customers from across the country sign up and we want to thank you all for your interest.

We will not stop looking for ways to bring innovative, trusted programs and products to our customers. 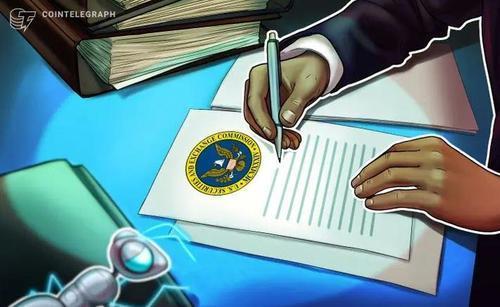 As Entrepreneur.com’s Daniel Priestley noted, this signals a turning point in the world of Crypto.

No longer is crypto-currency lending a fringe asset class operating in the wild wild west of the internet; the time has come for the sheriff to lay down the law. This move by the SEC should be seen a significant warning sign that they intend on going head to head with crypto-related businesses.

In the coming year, it’s likely that the financial regulators around the world will turn their sights to Crypto businesses and require them to comply with specialized regulations that are still being drafted as well as traditional securities laws.

The only exception will be to those companies that are already regulated to sell securities or are regulated banks and will have the benefit of continuation of trade and will likely have a poll position for any changes in the requirements.

Coinbase and other large crypto-lending companies like BlockFi and Celsius have a strong position now but the future of the Crypto business will likely have more to do with regulatory approval than white papers, branding, and well-designed smartphone apps.

The disruptors are facing serious disruption as the whole industry finds itself on the radar of global regulators who have been given the go-ahead to start cleaning things up.

Interestingly, however, at the same time as Coinbase announces the abandonment of this lending program, they just launched their Coinbase Prime product aimed at institutional investors.