Why The West Can’t Ban Bitcoin The Way China Did

Why The West Can’t Ban Bitcoin The Way China Did

Authored by Mark Jeftovic via BombThrower.com,

Only a complete “dictatorship of the proletariat” can kill Bitcoin

Evergrande is being called China’s “Lehman moment” and overnight the PBC closed the loop on their clampdown on crypto with a total ban on virtual currency transactions.

For those paying attention, however, China isn’t just moving against crypto, they’ve been bringing their entire technology sector to heel. They also stated that it is time to redistribute wealth from the top tier of the nations wealth holders to the rest of the peasant class.

This isn’t a return to their Communist roots as much as it is a move of self-preservation against rising internal powers. In the words of my friend Charles Hugh Smith via some correspondence we’ve been having this week “Xi has set out to crush the Network State”.

I said in my earlier Network State Primer about the coming tension between Nation States and Network States: the former will go down swinging.

The power structures of the nation states won’t go gently into the dustbin of history. They will go down swinging, over a transitional era that may span decades or longer, similar to the centuries long tensions between monarchs and the Papacy that shaped the transition from the Middle Ages into the Renaissance.

China has decided to make their last stand of the Nation State, now. Here at this moment in time. They will not bail out Evergrande, they will allow their side of the Everything Bubble to pop, and they will use the economic crash to make a final sweep of consolidation of their power. They will make sure their Big Tech knows who is in charge and that it is not them.

Over here in the West, recent regulatory jabs at crypto seem almost enfeebled by comparison. The SEC forcing Coinbase to cancel a program they hadn’t launched yet (so it makes no difference to their bottom line), while bickering with the CFTA over who gets to regulate crypto.

The subtext to all this is we shall now see, and be forced to choose, a path forward in the digital networked age:

Behind door #1 we keep the nation state format of centralized, top down control and escalating interference into both the economic and private lives of its subjects.

Behind door #2 is the coming tension between nation states, network states and crypto-claves that I outlined previously.

Neither path will produce a serene and stable gilded age. They will both be chaotic and volatile, Fourth Turning style transitions. The former in the course of implementing then maintaining a totalitarian dictatorship by force. The latter in the interplay and jockeying between three disparate organizational dynamics, each with it’s own centre of gravity (power), source of wealth and interdependencies with the others.

China may be able to make option #1 work there, at least for awhile, but would a China style technocratic dictatorship actually fly and sustain in the West?

At first glance one may think so. The zeitgeist today seems to be one clamouring for authoritarianism and collectivism. But upon deeper examination this may only be the vocal minority of academia, media pundits and Social Justice Inc. The majority of the population may just be keeping silent out of pragmatism and sheer exhaustion from the never-ending elitist sanctimony and cultural Marxism.

But the pushback against COVID authoritarianism, now made acute by forced vaccinations and the ongoing threats of never-ending lockdowns may finally be getting hints of non-compliance through to policy-makers in the West. Australia has officially abandoned their Zero Covid policy and vaccine passport mandates are incurring revolts and in some places are abandoned.

What would it take for Western governments to ban crypto, reign in ascendant tech platforms and more permanently abrogate all property rights?

Western governments would have to go “Full China”

My worry under lockdowns was that Western governments pined for China-style autocracy. And let’s call it for what it is: for a couple years since all this started, they certainly tried it. To varying degrees they continue to cling to the hope that they can remain relevant in a 21st century world using technocratic methods developed out of 20th century industrialism. Most policy makers are still trapped in a mindset learned from an era of assembly lines and cubicles. They think the only difference is it’s now digitized.

But the more I started thinking about this the more I realized how unlikely this is in the realms of erstwhile liberal democracies.

For one thing, decentralized crypto currencies have already changed the game  in the West in a way where there is no going back. It is estimated that by 2024, there will one billion Bitcoin HODLers, and that makes them a real constituancy.

Another reason is that we are at least nominally democracies, with elections. That means our societal fabric has a particular architecture very different from China’s. While elections have become largely ceremonial ratifications of homogenous policy tracks, contested between insular factions within political monocultures, they at least show the overlords where the boundaries of their powers are.

Take for example the recent Canadian election, where Justin Trudeau’s gambit to secure a majority failed and he’s stuck with another minority government. The rising right-wing PPC party won no seats, and yet, secured 5% of the popular vote, up from 1.62% in 2019, the year that party formed. They blew out the Green Party at 2.6% and who has been around for 35 years. Their performance caused much pearl clutching from the MSM and there will be more going forward, especially should the incumbent government continue with its post-national, woke, collectivist aspirations.

The Chinese peoples have never been free. There’s never been a liberty inspired revolution there, only a cultural (Marxist) one. People in China have no constitutionally guaranteed rights, they aren’t even citizens. They’re subjects. They will take it, at least for now, because they’ve always taken it. As Charles put it in his emails to me, their history is replete with

“one bloody purge after another, of someone consolidating power and then unleashing a Cultural Revolution to eliminate rivals, etc. If crashing China’s bubble is the nuclear option, Xi is quite confident he can push the pain level to 11 and most will accept it, those who don’t will enjoy treatment as an honorary Uyghur.”

That’s not the case here in the West where there have been at least two revolutions fuelled directly out of an impulse for liberty: The French and the American. Even though the former went off the rails a lot quicker than the latter did, it still happened and it is a stark reminder of where things go when wealth inequality gets so out of whack and the elites become so detached from reality (Charles thinks this is where things are headed in the US, he may not be wrong).

For cryptos to be hit with a China-style ban, in their entirety here in the West, governments would have to go Full China, complete with total control over every aspect of every citizen’s life (China just set limits on how much time you’re allowed to spend on Tik Tok, they have social credit systems which meter your alcohol consumption, the list goes on and is getting longer).

How long would that last here in the West? Either the citizenry would move straight into the final hyper-normalization phase seen in the Soviet Union before it collapsed (paraphrasing: “They pretend to govern us and we pretend to obey”), or, the pitchforks and torches come out almost immediately. Countries break up. Secessionists abound. At least a few people face some Mussolini moments if not full on Storming of the Bastille and a French Revolution style purging of perceived elites. It would get ugly. 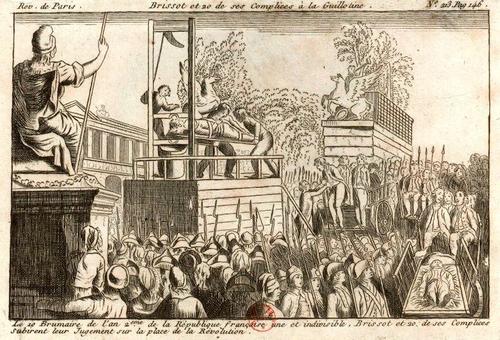 I’m not saying this is what would happen if Western governments banned crypto, I’m saying it could happen in response to the kind of dictatorship that would have to be imposed in order to ban crypto.

That also doesn’t mean that cryptos can’t go “risk off” (to use Charles’ description) for awhile, even in lieu of a ban. Especially if China allows the economic chips to fall as they may and that ripples across the global economy (perhaps China is unleashing yet another global contagion…. on purpose).

The way I see it, the tension in liberal democracies between nation states and network states will be played out through their respective monetary systems.

I cover this dynamic extensively in The Crypto Capitalist Letter, a long with a tactical focus on publicly traded crypto stocks. Get the overall investment / macro thesis free when you subscribe to the Bombthrower mailing list, or try the premium service for a month with our fully refundable trial offer.