Elon Musk And Girlfriend Grimes Break Up After Three Years

Elon Musk And Girlfriend Grimes Break Up After Three Years

Tesla CEO Elon Musk and his girlfriend Grimes have ended their relationship after three years. And we thought this one was going to go the distance…

The two are reportedly “semi-separated” and “still love each other” while remaining “on great terms”, according to an exclusive from the NY Post.

Musk confirmed that the two would continue to co-parent their one year old son, X Æ A-Xii Musk.

Musk told the NY Post: “We are semi-separated but still love each other, see each other frequently and are on great terms.”

He continued: “It’s mostly that my work at SpaceX and Tesla requires me to be primarily in Texas or traveling overseas and her work is primarily in LA. She’s staying with me now and Baby X is in the adjacent room.” 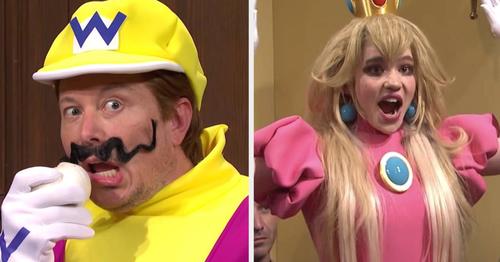 While things appear to be amicable now, we can’t help but wonder interesting tidbits of information Grimes could spill about Musk if their “friendship” winds up eventually dissolving, too.

Their son was born in May of 2020 and the couple was last seen in public together at the Met Gala in early September. Grimes walked the red carpet alone at the event, the report said.

Musk then threw an afterparty at the club Zero Bond that Grimes attended. The two were spotted leaving New York together the next day.

Musk had attended a party at the same club, the weekend prior, alone.

Grimes recently prattled on about her child with Musk to Vogue: “I think having a baby was a big kind of like rebirth for me, like artistically. Like, it just like, I don’t know.”

We don’t know, either, Grimes.