While the media has spent more than a year ridiculing the widely-prescribed drug Ivermectin to treat Covid-19 – branding it a ‘horse dewormer for idiots,’ they’ve kept oddly silent about another widely prescribed drug that’s also used in horses, which is being pushed by official bodies worldwide to treat the disease. 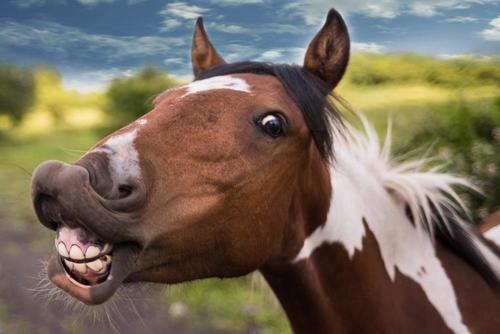 The NIH, CDC, WHO and FDA have all recommended dexamethasone – a corticosteroid which has shown efficacy in the treatment of severe covid. It’s also a commonly used drug to treat allergies in horses.

The difference? One can be used to treat billions of mild-moderate cases – or as a prophylactic, while the other has a much more narrow use – those suffering from severe Covid.

As Twitter user @DoRtChristians notes: “The FDA recently told the public not to take life-saving Ivermectin because “you’re not a horse”“

We can only assume that because official bodies are recommending dexamethasone – and because it’s used in severe covid – a much smaller fraction of those looking at ivermectin as a prophylactic and early-stage treatment, the transitive properties of media outrage over people taking a ‘horse medication’ don’t apply.

This widely prescribed anti-parasitic which is also used in horses has shown massive efficacy worldwide in the treatment of mild and moderate cases of Covid-19, plus as a prophylactic. India’s Uttar Pradesh province, with a population of over 200 million, says that widespread early use of Ivermectin ‘helped keep positivity [and] deaths low.’

Separately, there have been several studies funded by the Indian government, primarily conducted through their largest govt. public medical university (AIIMS).

Conclusion: Two-dose ivermectin prophylaxis at a dose of 300 μg/kg with a gap of 72 hours was associated with a 73% reduction of SARS-CoV-2 infection among healthcare workers for the following month.

Conclusion: There was no difference in the primary outcome i.e. negative RT-PCR status on day 6 of admission with the use of ivermectin. However, a significantly higher proportion of patients were discharged alive from the hospital when they received ivermectin.

Here are more human studies from other countries on the ‘horse dewormer’:
Peru:

Findings: Patients in the ivermectin group recovered earlier from hyposmia/anosmia (76 vs 158 patient-days; p < 0.001).

Conclusion: According  to  our  study,  the  Ivermectin-Doxycycline combination therapy has better symptomatic relief, shortened recovery duration, fewer adverse effects, and superior patient compliance compared to the Hydroxychloroquine-Azithromycin combination. Based on this  study’s  outcomes,  the  Ivermectin-Doxycycline  combination  is  a  superior  choice  for  treating  patients  with  mild to moderate COVID-19 disease.

Discussion: A 5-day course of ivermectin resulted in an earlier clearance of the virus compared to placebo (p = 0.005), thus indicating that early intervention with this agent may limit viral replication within the host. In the 5-day ivermectin group, there was a significant drop in CRP and LDH by day 7, which are indicators of disease severity.

Meanwhile, There are currently 76 ongoing or completed clinical trials on Ivermectin around the world. Below are the results of 32 which have been completed. One can visit ivermeta.com and dig down on any of these / read the entire study. The site recommends Ivermectin in conjunction with vaccines to confer the best protection against Covid-19, however we’ll leave that to you and your doctor to discuss. 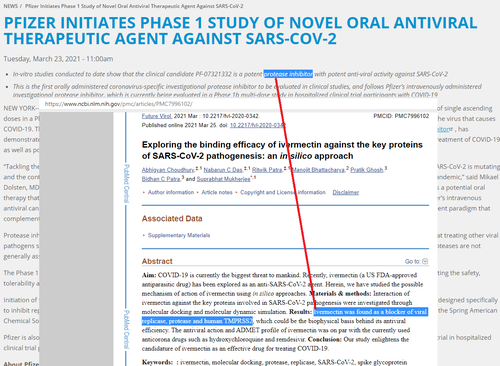 The MSM swarmed over ‘horse paste overdoses’  for weeks after a handful cases nationwide (and no deaths) – including an outright lie by Rolling Stone which they were forced to correct after the hospital in question denied the claim.

Meanwhile, the likes of Maddow, Don Lemon and Chris Hayes jumped right on the propaganda bandwagon – with Maddow promoting the debunked ER story in a tweet she refuses to delete – and Twitter refuses to censor for misinformation.

Why would any doctor put their career on the line to publicly advocate for ivermectin when this is the result?