A U.S. Marine Corps veteran was standing in a gas station on Wednesday when he single-handedly disarmed a robber. 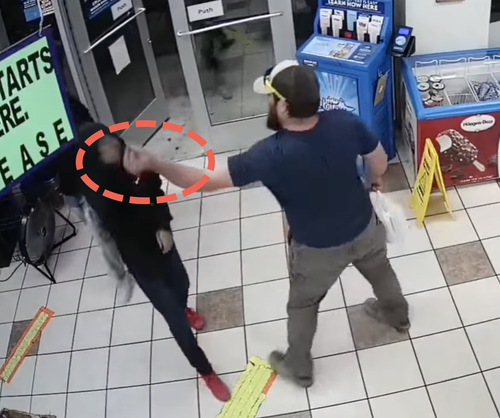 Sheriffs posted a video on Facebook of the stunning firearm disarmament by the combat veteran who was able to take control of the situation in a matter of seconds. The video shows the veteran was well aware of his surroundings when the gun-wielding juvenile attempted to rob the store.

Deputies asked the veteran how he was able to disarm the suspect so quickly. He stated, “The Marine Corps taught me not to [mess] around.”

No injuries were reported, and sheriffs didn’t release the name of the former Marine.

Marines and other service members are taught firearm disarming techniques. Here are a few steps via an old US Army training manual of how to take down an armed attacker.

The most crucial part is that the former Marine was well aware of his surroundings and had proper training. If this was anyone else, the situation could’ve turned very ugly.