Canada’s top expert on indigenous health issues has been fired from her job and lost her professorship after suspicious colleagues revealed that her claims of Native American heritage were complete bullshit. 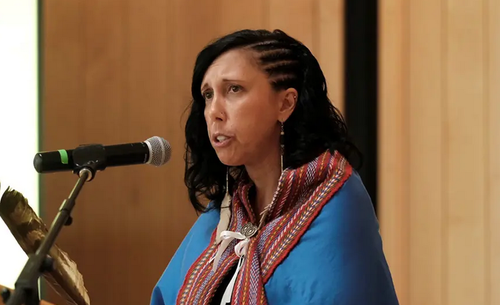 Public health expert Carrie Bourassa, a total fraud, was the scientific director of the Canadian Institutes of Health Research’s Institute of Indigenous Peoples’ Health, She was suspended on Nov. 1, just five days after the CBC revealed the truth.

With a feather in her hand and a bright blue shawl and Métis sash draped over her shoulders, Carrie Bourassa made her entrance to deliver a TEDx Talk at the University of Saskatchewan in Saskatoon in September 2019, where she detailed her personal rags-to-riches story.

“My name is Morning Star Bear,” she said, choking up. “I’m just going to say it — I’m emotional.”

The crowd applauded and cheered.

It was all a lie.

After a lengthy trace of Bourassa’s family tree, it was uncovered that her ancestors were in fact Polish, Russian and Czech immigrant farmers, not Métis nation natives.

“It makes you feel a bit sick,” said Métis expert Janet Smylie at the University of Toronto, who worked with Bourassa on a book covering indigenous parenting. “To have an impostor who is speaking on behalf of Métis and indigenous people to the country about literally what it means to be Métis … that’s very disturbing and upsetting and harmful.”

Colleagues grew suspicious after Bourassa began claiming she had Anishinaabe and Tlingit blood, and began dressing up like a stereotypical Native American – starting with a 2019 appearance in full tribal regalia to give a TEDx Talk at the University of Saskatchewan in Saskatoon.

“When I saw that TEDx, to be quite honest, I was repulsed by how hard she was working to pass herself off as indigenous,” said associate professor of Indigenous studies, Winona Wheeler, a documented member of Manitoba’s Fisher River Cree Nation – who started digging into Bourassa’s heritage before taking her findings to the media.

After she was confronted with the evidence, Bourassa changed her story – now claiming she had been adopted into the Métis community by an unnamed friend of her deceased grandfather.

“Even though Clifford passed, those bonds are even deeper than death because the family has taken me as if I was their blood family” she said, adding “In turn, I serve the Métis community to the best of my ability.”

If only she was a sitting US Democratic Senator! 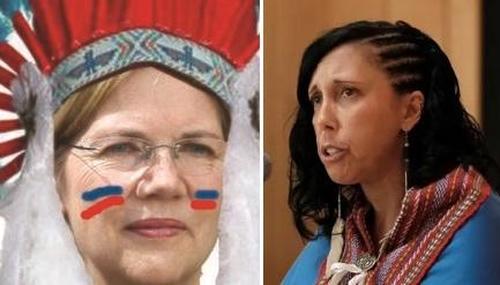