The Olympic rings are a symbol of friendly competition on an international level. I mean, what could unite countries better than each of them rooting for the athletes of their own nationality as they race their best competitors from all other countries of the globe. And in a sign of the times, the ‘friendly’ part of ‘friendly competition’ might also best be dropped. Our own Dutch Olympic Committee has just advised all of its athletes traveling to Beijing for the Winter Games to leave phones and other devices at home out of privacy concerns and fear that confidential information, such as training schedules, may be stolen. Indeed, we have come to the point where there are real concerns about corporate espionage in sports. 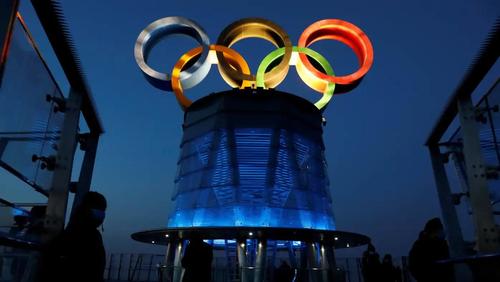 This distrust also symbolizes the broader state of geopolitics, as we have outlined on these pages many times before. US and Russian diplomats met yesterday to address US concerns about the build-up of Russian troops near the Ukraine border and Russia’s anxiety about a further eastward expansion of NATOs forces. Thus far this has led to few concrete breakthroughs, although none were expected to come from these talks. At the same time, the US Senate is set to vote on a bill that would impose sanctions on the Nord Stream 2 pipeline, which would certainly make negotiations more complicated. First of all it wouldn’t go down well with the Russian government, and early sanctions on the pipeline may diminish its value as a ‘stick’ should there be further escalation near the Ukraine border. Secondly, it may drive a rift in a united western front if Germany maintains a less confrontational stance – even if the country is only forced to do so by the current gas shortages in Europe.

Turning back to Olympic symbolism, the fact that China continues its strict lockdown policies in parts of the country ahead of the Olympics also plays into the trend of inequality: millions of people are not allowed to leave their homes for weeks. Tianjin, a city near Beijing, is the latest city to ramp up its Covid-19 curbs after a number of people were diagnosed with omicron. Still, top athletes will travel to Bejing from across the globe in the next few weeks. Of course, tennis star Djokovic has recently shown that such international travel will not always go smoothly, but it does raise the suggestion that everyone is equal, but some are more equal than others. Now it would be far too easy to draw a parallel with the 10 Downing Street Christmas drinks while the entirety of the UK was in lockdown, and a bit of a cheap shot as that story has been rehashed often enough now. So I won’t. Boris Johnson allegedly hosted another party in the middle of the 2020 lockdown. Staff were invited to a BYOB garden party that took place only an hour after the government restricted outside gatherings to two people.

Asian equities mostly traded in the red today. The news of further lockdowns in China and Japanese PM Kishida keeping border restrictions in place may not have helped the mood, but it largely seems to reflect the weak start to the week in the US as well. That said, Europe is currently looking much greener at the open, with gains of around 1% across the board.

ECB board member Schnabel pointed to a greener Europe –pardon the horrible Segway– as a potential risk to the bank’s longer-term inflation outlook this weekend. The current impact of the gas shortages may indeed be a sign of what’s in store for Europe during the transition towards a greener economy, and difficulties sourcing materials and labour needed to install the infrastructure required for a greener energy grid could indeed put upward pressure on future costs. If Schnabel’s arguments become more widely supported within the Council, this could pave the way for a further upward revision of the ECB’s inflation projections later this year, and could thus be a trigger for the bank to wind down more of its policy easing.

Nonetheless, Chief Economist Lane reiterated once again that price pressures should come down this year, repeating his reassurances from last Friday that the medium-term forecasts remain below target. We have long held a similar view, as wage pressures in Europe still seem to be of a completely different magnitude than those currently faced by the Fed. Supporting this notion, WSJ reported that the CFO of Volkswagen “doesn’t see significant pressure on wages” and still expects inflation to be temporary, even though chip shortages may continue to stifle production.

FOMC Chairman Powell is scheduled to testify for the Senate Banking Committee in his re-confirmation hearing. The chairman’s set text has been released already, and Powell repeats that the Fed remains committed to the dual mandate of maximum employment and price stability, adding that the FOMC will “prevent higher inflation from becoming entrenched”. Following last week’s release of minutes of the December meeting, these comments could further add to the markets’ perception that the Fed may hike rates in March already. Market-implied odds continue to hover around a 90% chance of such a move. Moreover, it could also add to the concerns that balance sheet reduction may also start in the not too distant future. Powell will undoubtedly have to field questions about the currently high inflation rate, and his answers later today will surely prepare the context for the release of the December CPI estimates tomorrow.