The Debasement of our Professional and Political Classes

The left-wing professional and political classes bequeathed a number of new protocols during the Trump derangement years. And it will be interesting to watch whether the Republicans abide by them in November should they take back the House and perhaps the Senate—and the presidency in 2024 as well.

Will they follow the New Testament’s turn-the-other-cheek forbearance, or go for Old Testament style eye-for-an-eye retribution? 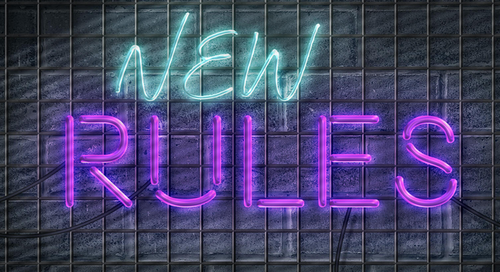 What Are the New Rules?

Will Republican magnanimity suffice to shame the Democrats to be more professional in the future? Or will tit-for-tat deterrent reciprocity alone ensure a return to norms? Specifically, will Biden be impeached Trump-style, after losing the House in November? Say, to give just one possible example, for deliberately not enforcing and, indeed, undermining U.S. immigration law?

Would a Republican-led House set up a special committee to investigate the racketeering and “conspiracies” across state lines that led to a near “coup” and “insurrection” marked by “the riots of 2020?” Would such watchdogs offer up criminal referrals for all those responsible for attacking a federal courthouse and torching a police precinct or for setting an historic church afire? Or causing $2 billion of damage, over 30 deaths, and 1,500 law enforcement officer injuries—while carving out illegal no-go zones in major downtowns?

Given the need for “accountability,” the “threats to democracy,” and a need for “transparency,” would another congressional committee investigate the Afghanistan fiasco of summer 2021? Will it learn who was lying about the disaster—Joe Biden or the Joint Chiefs—and how and why such a travesty occurred?

Would a rebooted January 6 committee reconvene under new auspices—with Democratic members limited to those selected by a new Speaker McCarthy—to revisit the lethal shooting of Ashli Babbitt, to review thousands of hours of released surveillance video, to subpoena all email communications between the previous congressional leadership and the Capitol police, to demand the lists of all the FBI informants in the crowd, and to interrogate the sadistic jailers and overzealous prosecutors who have created America’s first class of political prisoners subjected to punishment without trial? Such a multifaceted legal inquiry would eat up most of Biden’s final two years in office. As accomplished leakers, Republicans then would also supply “bombshells” and “walls or closing in” special news alerts on cable TV, the fuel of supposedly “imminent” and “impending” indictments, based on special counsel leaks to conservative media.

Following the Democratic cue, should the Republican-majority Senate consider ending the “disruptive” and “anti-democratic” filibuster? Should there be a national voting law rammed through the Congress, overriding state protocols, and demanding that all national election balloting must require a photo ID?

Will Speaker McCarthy, Pelosi-style, in furor at more of Joe Biden’s chronic lies, tear up the president’s State of the Union address on national television?

Will the new Washington apparat likewise adhere to the Democratic Party’s new precedents?

Perhaps a newly appointed chairman of the Joint Chiefs can reassure a Republican majority that its primary mission is not battle readiness—and certainly not climate change or “white rage”— but rather ferreting out service personnel with known ties to radical groups like BLM or Antifa or other “subversive” and “racist” organizations?

Will a conservative Lois Lerner emerge from the IRS shadows to start slow-walking nonprofit-status applications from left-wing organizations on the eve of a presidential election?

Will the FBI become a Republican retrieval service to hunt down and keep inert embarrassing lost laptops, diaries, and hard drives of absent-minded conservative grandees?

In the middle of a campaign, will the CIA Director believe it is his duty to inform the senior Republican leaders in the Senate that he has good “information” that leftists are intriguing with foreign governments to warp the election?

And what of our corporate and professional classes?

Should conservative zillionaires pool their resources and, Zuckerberg-style, select key precincts in the next general election, hire armies of activists, and then absorb and supersede the work of state or county registrars? Only that way, could they ensure the “right” people vote and their “correct” ballots were accurately counted?

Should conservatives start rounding up “professionals,” “scientists,” and “scholars” to express their superior morality and erudition in pursuit of political agendas?

Certainly, a recent trend has been a spate of letters of “conscience” and “statements of concern” signed by revolving-door government, academic, and corporate grandees who pose as disinterested experts to mold public opinion.

When we read such letters of principle—characterized by shared and collective outrage by assorted professionals, replete with letters and/or titles after their name—beware!

Do we remember the recent “stellar” cast of Nobel-Prize winning and near-Nobel laureates who admonished us that Biden’s massive deficit spending programs would never lead to inflation?

In circular fashion, Biden solicited and then cited this “blue-chip” group of experts led by Nobel laureate Joseph Stiglitz. Stiglitz warned the hoi polloi not to worry about printing trillions of dollars at the very moment pent-up demand from the COVID lockdowns was surging, when for millions the government kept issuing checks that made staying home more lucrative than working, when interest rates were at near zero, and when the national debt was cresting at $30 trillion.

The distinguished economists promised us that if we just followed the Biden lead, then inflation would actually decrease. Or as they put it, “Because this agenda invests in long-term economic capacity and will enhance the ability of more Americans to participate productively in the economy, it will ease longer-term inflationary pressure.” [emphasis added].

As inflation nears or exceeds eight percent per annum, will they write an apology or instead issue yet another letter assuring us that inflation is easing?

Do we remember the 50 “former intelligence officials” letter writers rounded up by former National Intelligence and CIA Directors James Clapper and John Brennan? (The latter two previously had confessed to lying under oath to Congress.) Yet just two weeks before the 2020 election, these revered “professionals” assured us that Hunter Biden’s laptop was not just fake but likely Russian disinformation.

Do we remember “the over 1,000 health professionals” who in 2020 signed a letter of conscience, assuring us that:

So, in “follow the science fashion” we were told not just that some violations of strict masking, quarantines, and lockdowns were more equal than others, but that flagrantly ignoring health mandates entirely was, in Orwellian fashion, actually good for the health of the exempt.

Do we remember the 27 Lancet “scientists” who signed the now infamous letter reassuring us the Wuhan lab played no role in the origins in COVID? Do we also recall that all but one of these progressive humanitarians failed to disclose that they themselves had connections with Wuhan?

Leftist professionals in politics, government, and private enterprise debased themselves for short-term political gain, or in furor at their bogeyman Trump, or in anger at the unwashed. They have now set precedents, which if embraced by conservatives and applied to the Left, would be called unethical at best and fascistic at worst.

In the end, all the warped grandees accomplished was to further discredit the entire notion that those with high salaries, prestigious degrees, impressive titles, and insidious influence are somehow less likely to lie, connive, cheat, and conspire than those whom they libel and attack.

Victor Davis Hanson is a distinguished fellow of the Center for American Greatness and the Martin and Illie Anderson Senior Fellow at Stanford University’s Hoover Institution. He is an American military historian, columnist, a former classics professor, and scholar of ancient warfare. He has been a visiting professor at Hillsdale College since 2004. Hanson was awarded the National Humanities Medal in 2007 by President George W. Bush. Hanson is also a farmer (growing raisin grapes on a family farm in Selma, California) and a critic of social trends related to farming and agrarianism. He is the author most recently of The Second World Wars: How the First Global Conflict Was Fought and Won, The Case for Trump and the newly released The Dying Citizen.