Less than two weeks into existence, CNN’s paid streaming service, CNN+, has failed to attract even 10,000 daily users, according to CNBC, citing people familiar with the matter. 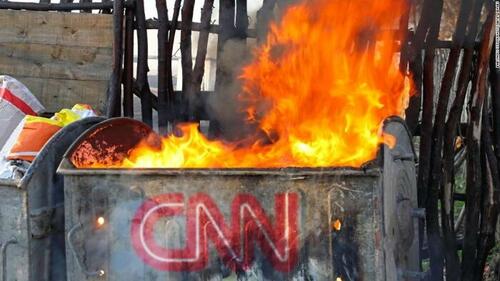 CNN+ launched on March 29. The subscription news streaming service, which charges $5.99 a month or $59.99 annually, only became available on Roku on Monday and still isn’t on Android TV. Still, the paltry number casts doubt on the future of the application following the recently completed combination of Discovery and WarnerMedia into Warner Bros. Discovery. -CNBC

“We continue to be happy with the launch and its progress after only two weeks,” a CNN spokesperson told CNBC.

As we noted two weeks ago, the writing was on the wall.

This dramatic failure to launch comes after CNN+ lured talent such as Chris Wallace from Fox News and Kasie Hunt from NBC News.

The company hasn’t released an exact figure for the number of subscribers.

Take out your credit card so you can pay to see life-long agents of the US security state on CNN’s payroll lie to you:https://t.co/6YgJDDoii9

Axios, meanwhile, says ‘big cuts’ are in store for the streaming service due to such a low adoption rate.

By the numbers: The news giant was initially planning to invest around $1 billion in the service over the next four years.

CNN expected to bring in around 2 million subscribers in the service’s first year, and 15-18 million after four years.

Who could have seen this coming?