In the midst of an already ongoing investigation into Tesla’s Autopilot and Full-Self Driving claims, the NHTSA is now investigating two new accidents involving Teslas that took place over the last month.

The Tesla’s were “apparently running on Autopilot”, according to APs coverage of the story. The accidents wound up killing 2 motorcyclists, the report says. The NHTSA is now looking at whether or not Tesla vehicle automation stops the vehicles for motorcycles.

Both accidents were similar in nature: the NHTSA said it “sent investigation teams to two crashes last month in which Teslas collided with motorcycles on freeways in the darkness”. In both instances, the motorcyclists were killed.

The agency now has suspicions “that Tesla’s partially automated driver-assist system was in use” during both accidents. 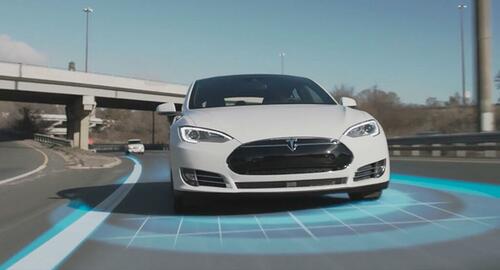 The first accident was at 4:47am, July 7 on State Route 91, on a freeway in Riverside, California, the report says. A Model Y collided with a green Yamaha V-Star motorcycle that was ahead of it and the driver of the bike was ejected from his motorcycle.

Another crash happened at 1:09am on July 24,  on Interstate 15 near Draper, Utah. A Model 3 was behind a Harley Davidson, the Utah Department of Public Safety said.

“The driver of the Tesla did not see the motorcyclist and collided with the back of the motorcycle, which threw the rider from the bike,” the statement says. The rider of the Harley was pronounced dead at the scene. The driver told authorities he had Autopilot on, the report says.

Michael Brooks, acting executive director of the nonprofit Center for Auto Safety, has been pushing for a recall of Tesla’s Autopilot. He concluded: “It’s pretty clear to me, and it should be to a lot of Tesla owners by now, this stuff isn’t working properly and it’s not going to live up to the expectations, and it is putting innocent people in danger on the roads.”

The investigations add another layer of scrutiny on Tesla’s flagship vehicle selling point by regulators. While Elon Musk continues to deal with Chancery Court in Delaware over his Twitter deal, he is also being scrutinized by the Securities and Exchange Commission. Any blow to the company’s Autopilot feature, including a potential recall, could wind up having profound financial consequences for the automaker.

So far, however, regulators have sat idly by on their hands – and so the game of “chicken” with Elon Musk continues…