With the House in session just two more days before lawmakers leave for the usual midterm panderings, a (repeated) promise by Democrat leaders to vote on a congressional stock-trading ban this month appears not to be in the cards – despite a scorching analysis from the NYT which revealed thousands of stock trades by 97 current lawmakers which posed potential conflicts of interest. 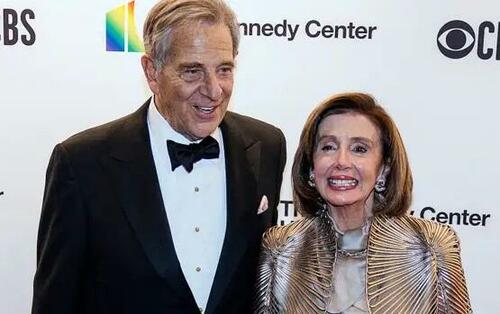 When the outlet asked House Majority Leader Steny Hoyer about its passage, he replied: “Well, it was just introduced. … I gotta look at it and see what it is.” Hoyer had previously stated in closed-door leadership meetings that he didn’t like what was being proposed.

According to House Majority Whip Jim Clyburn, there are concerns inside the Democratic Caucus following a Wednesday night leadership meeting.

“Oh yeah,” he told Punchbowl when asked if he was aware of such complaints.

Meanwhile, other sources inside the House Democratic leadership said there was “very little chance” the bill would see any action before the House adjourns for the election.

At Speaker Nancy Pelosi’s request – which we first reported back in February – House Administration Committee Chair Zoe Lofgren (D-Calif.) took the lead in drafting a stock-trading bill. The 26-page proposal unveiled by Lofgren on Tuesday night would ban stock trading by lawmakers, their spouses, and dependent children, the president and vice president, Cabinet officers, federal judges including Supreme Court justices, and other senior government officials.

Covered public officials would be required to divest their financial investments or place them in a qualified blind trust upon entering government service.

Pelosi has gotten criticism over stock trading by her husband, investor Paul Pelosi, although there’s been no allegation of improper or unethical behavior. Business Insider also reported that dozens of lawmakers may have violated a federal law barring insider trading or conflicts of interest. -Punchbowl News

Lofgren says she’s received “pretty positive” feedback from other members regarding her plan – though she admitted that fellow Democrats have concerns.

“Well, we’re Democrats, we always have a point of view,” she told reporters, but added that she doesn’t think the bill is dead even if the House fails to pass it this week.

“I don’t think so because the Senate is not going to get theirs done this week either,” she said.