Brazilian President Jair Bolsonaro is really milking the supposedly civilization-threatening wildfires in the Amazon for all they are worth. Of course, as ZH readers probably already know, the impact of the fires currently afflicting the world’s largest rainforest right now has been somewhat exaggerated by all of the celebrities posting on Instagram (some have gone so far as to suggest it could threaten our entire civilization). 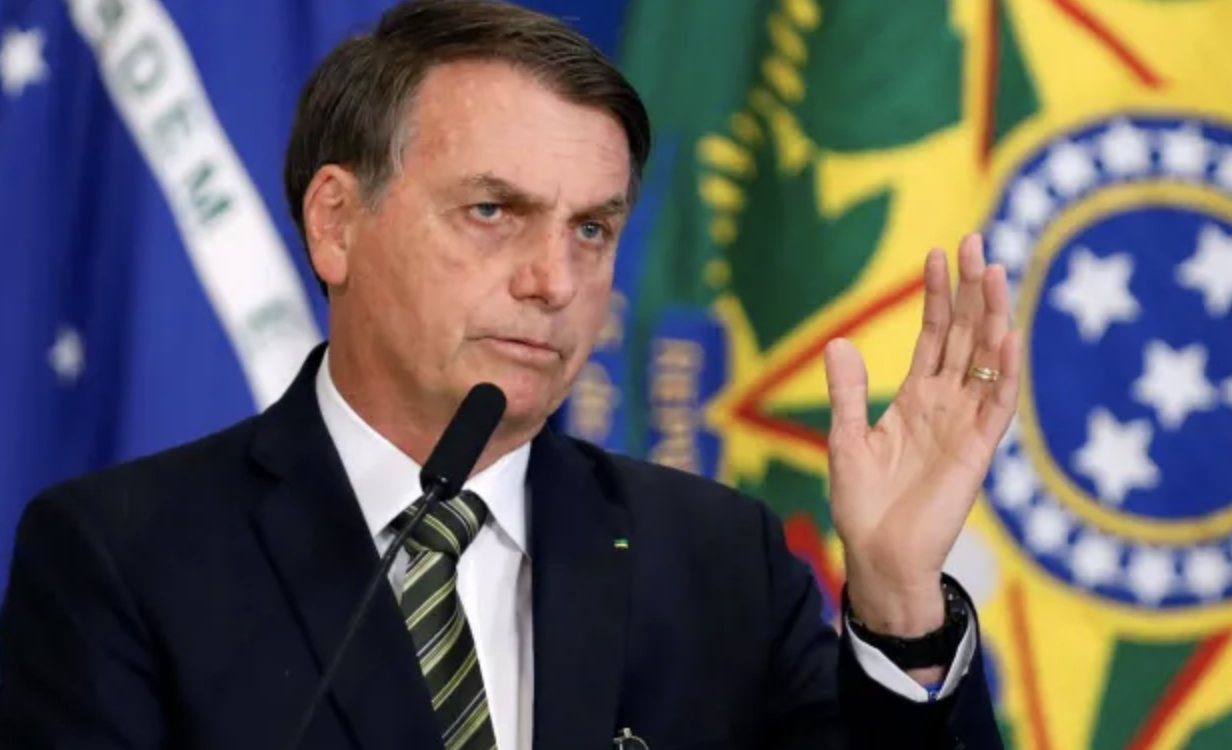 And rather than cave to the millions who have used the wildfires as a political cudgel, Brazil’s pugnacious president instead used the ‘insult’ from French leader Emmanuel Macron in stride, then turned it back around on him by appearing to insult his wife.

Now, after all that, Bolsonaro said Tuesday that he would accept the $20 million in aide money that Macron has supposedly collected for him (not like $20 million will make that much of a difference) if the French leader agrees to recant all of the “insults” he has flung at the Brazilian leader.

This comes after Bolsonaro’s aides had said earlier that he would snub the plan and refuse to accept Macron’s money.

“First of all, Mr Macron must retract the insults he gave me. First, he called me a liar. Then, the information I had is that our sovereignty is up for grabs in the Amazon,” Mr Bolsonaro told reporters on Tuesday.

“So, before talking or accepting anything that comes out of France’s best possible intentions, he will have to take those words out and then we can talk.”

Yesterday, after Bolsonaro warned foreign powers not to interfere on issues of Brazilian domestic policy, Macron laid out a two-part plan: first to extinguish fires raging in the rainforest with $20 million in aid from the G-7, followed by a program to reforest and protect them.

Macron said at the time that the Amazon is the property “of the whole planet”, and that “we can’t allow you to destroy everything (said to Bolsonaro).”

But Bolsonaro shot back that Macron must learn to respect Brazil’s sovereignty.

“We cannot accept that a president, Macron, unleashes unreasonable and gratuitous attacks on the Amazon, while disguising his intentions behind the idea of an ‘alliance’ of G7 countries to ‘save’ the Amazon, as if we were a colony or a no man’s land,” Bolsonaro said.

“After all, respect for the sovereignty of any country is the least that can be expected in a civilised world,” Bolsonaro said.

Bolsonaro chief of staff Onyx Lorenzoni told the popular Brazilian G1 news website that while Bolsonaro’s government “appreciates” the offer, but “maybe those resources are more relevant to reforest Europe? Macron cannot even avoid a foreseeable fire in a church that is a world heritage site.”

The dispute between the two leaders started last week when Macron said Bolsonaro had “lied” about the source of the fires.

Analyst says if we don’t confront totalitarianism of BLM, Antifa, with “just and necessary force,” widespread anarchy is coming

Does The Coronavirus Make Our Constitutional Freedom Of Assembly Obsolete?