What Percentage Of U.S. Workers Are Union Members?

Authored by Zach Hrynowski of Gallup.com

As Americans prepare to celebrate the 125th anniversary of Labor Day on Monday, Gallup’s latest measurement on labor union membership finds that 10% of full- and part-time U.S. workers belong to a union. This marks the second year in a row of the lowest level of union membership in over 15 years: from 2003 to 2017, union workers made up an average of 13% of the American workforce. 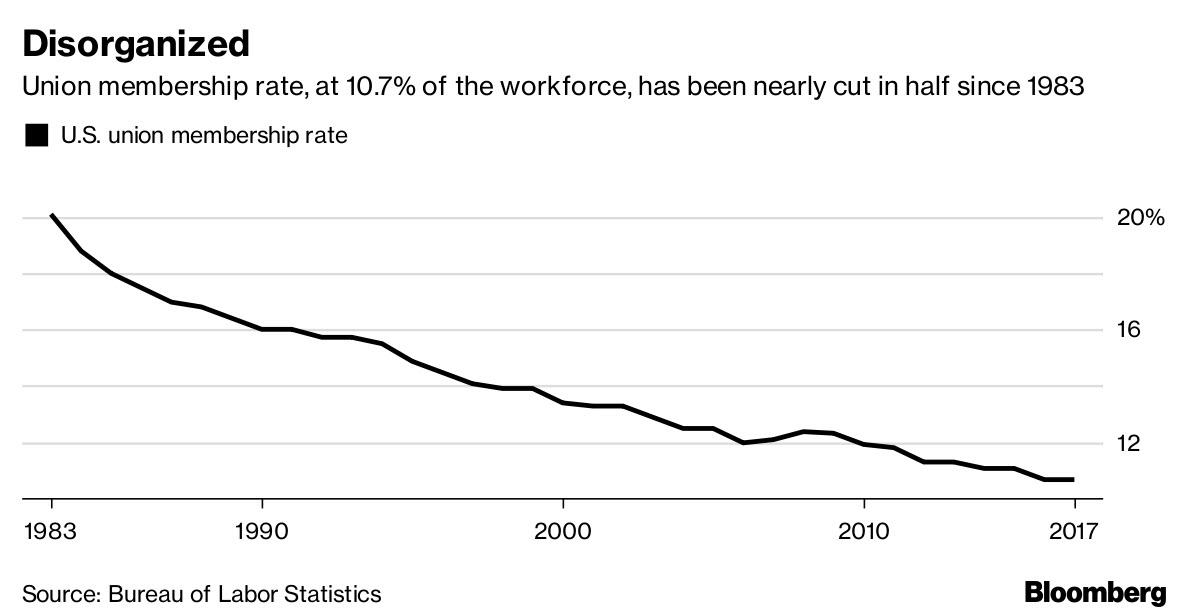 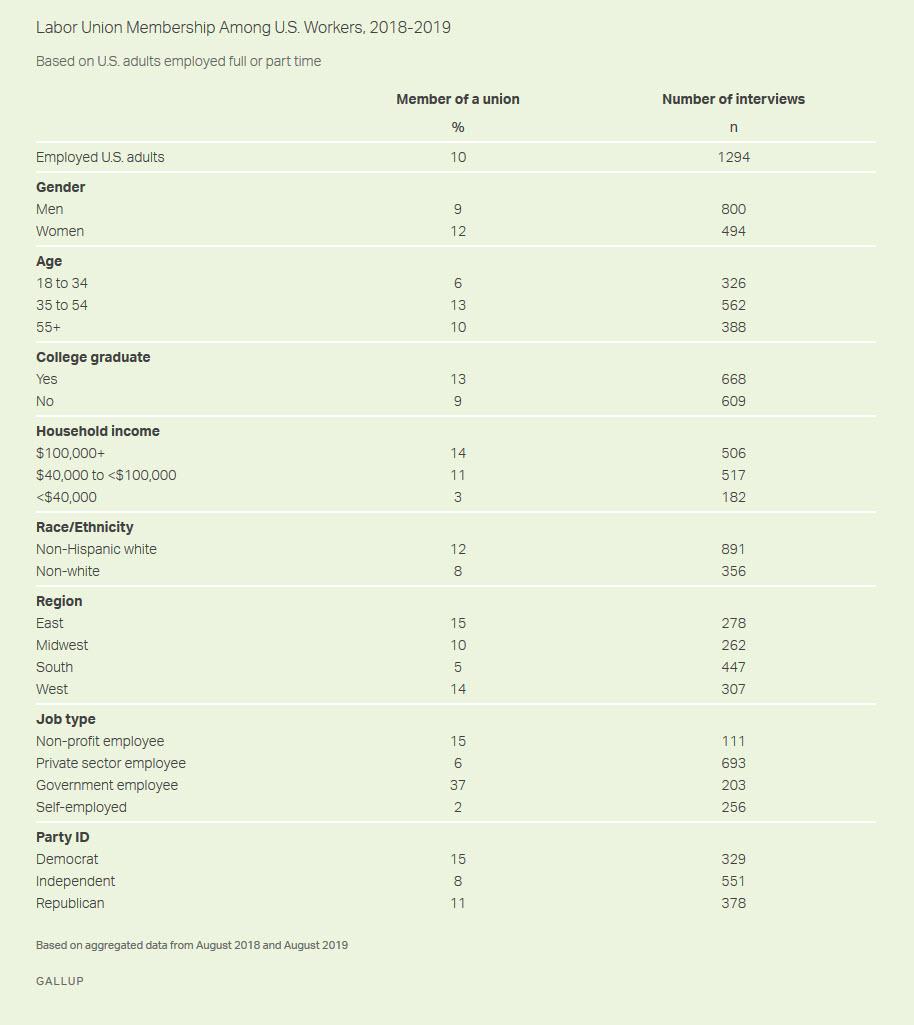 The Triumph of Socialism