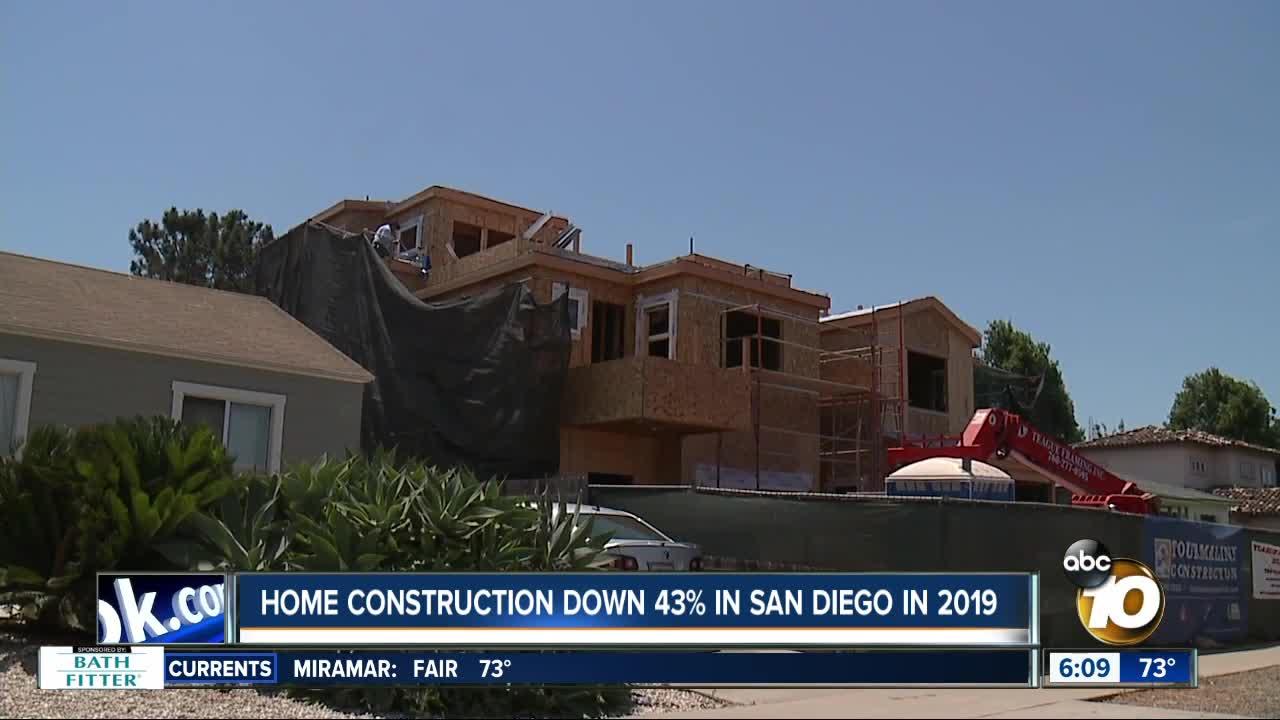 The softness in housing comes as San Diego officials are desperately trying to pass legislation that would be stimulative, reported The San Diego Union-Tribune.

There are other reports that the governor has endorsed a statewide rent cap bill, could further complicate the housing industry and lead to a further slowdown in building.

Home construction in all of SoCal is down 25% YoY, mostly due to the slowdown in apartment building.

Homebuilding was also down 40% in Santa Barbara County, 29% in Los Angele County, 20% in San Bernardino County, 9% in Riverside County and 7% in Orange County. Ventura County was the only region where homebuilding marginally increased.

Borre Winckel, CEO of the local Building Industry Association, said, homebuilders, are under pressure at the moment, due to increasing regulations, high labor, and material costs, have dramatically increased the price of the build which is being passed onto buyers. These buyers have gone on strike this summer, not willing to buy homes in SoCal because of affordability issues – this has sent sales and prices tumbling in some regions.

High prices in SoCal this summer led to some of the weakest sales in 5 years.

Sales slipped 6.9% in June MoM and were down 8% YoY, according to CoreLogic. That is the slowest June pace since 2014.

Sales have been falling on a YoY basis for 11 straight months. Even though mortgage rates have plunged, buyers still aren’t showing up.

The SoCal housing market is stalling as a whole; record-high prices has led to an affordability crisis. The median price for SoCal homes sold in June increased to a record $541,250, up 1.2% YoY. That is the smallest increase since 2011, hints that years of rapid price growth could be coming to an end.

Last month, we detailed how a nationwide housing bust is underway with the first cracks showing up in Seattle-area home prices.

The price of a Seattle single-family home in May fell 1.2% YoY, the first negative change in a major US city in this cycle, according to new data from S&P CoreLogic Case-Shiller.

With home construction faltering in San Diego and the rest of SoCal, and, a significant slowdown in the overall housing market on the West Coast, this could be an ominous sign that a real estate downturn for the US could be nearing.

Can Salvini Beat The Italian Troika?