After August’s 3Y Treasury auction sold to blistering demand despite the lowest yield since September 2017, there was some speculation that today’s modest back up in rates would provide even more interest for short-dated paper. Yet while today’s sale of $38BN in 3Y notes indeed saw a modest increase in yields, rising from 1.562% last month to 1.573% today, demand was mixed, with the high yield fractionally tailing the When Issued 1.570% by 0.3bps.

The internals, however, were almost identical to last month’s, with the bid to cover virtually unchanged at 2.42 (up from 2.41), and just a whisker above the lowest yield since April 2009. That did not prevent foreign bidders from stepping up however, with Indirects taking down 46.2%, just below the 46.7% last month, and a tad lower than the 6 auction average of 47.0%. Meanwhile, with Directs dropping from 19.3% to 16.6% this led to a modest increase Dealers to 37.2% from 34.0%, if in line with the recent auction average of 36.5%.

Overall, this was a slightly weaker auction compared to last month, if certainly nothing to be concerned about. 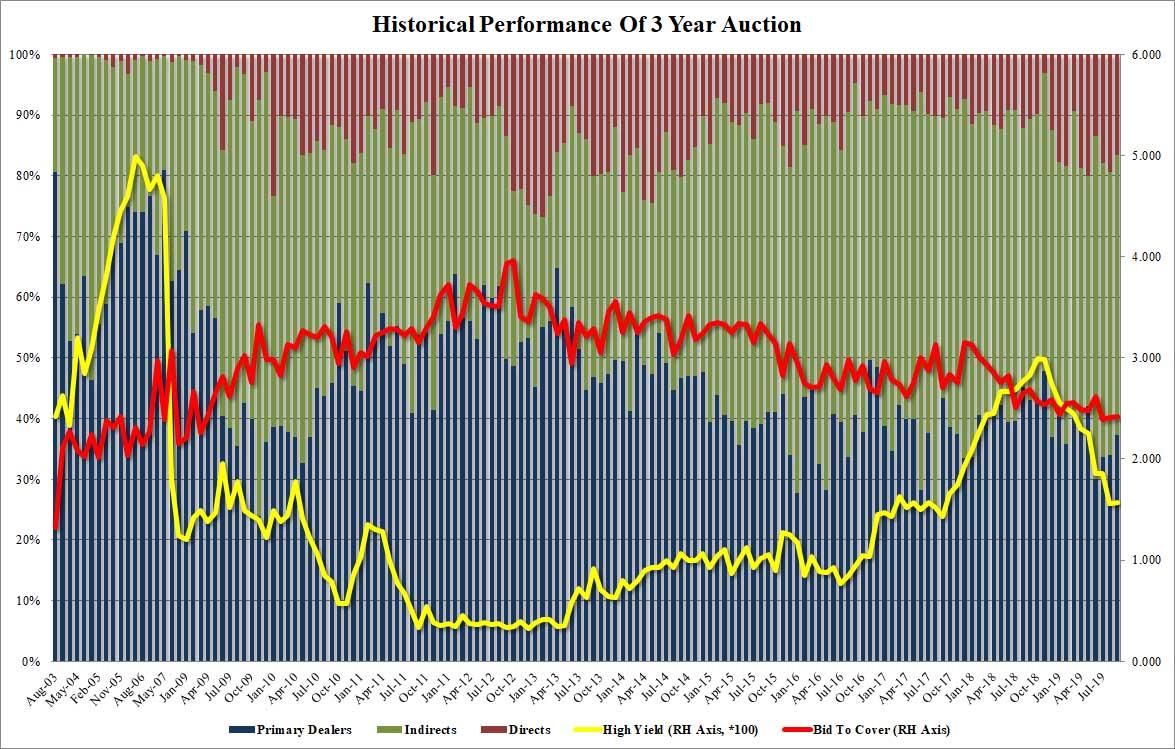