For months, the world watched in stunned amazement as, alongside the relentless increase in global negative yielding debt which more than doubled in 2019 from $8 trillion to $17 trillion, the Austrian century bond due 2117 exploded higher and almost doubled in price from just above par to an all time high of 220 in late August.

What a different just a few weeks – and a smattering of good news – makes the euphoria is now officially over and as 10Y Treasury yields surge to 1.90% from a record low of 1.42% on September 3, now that downward momentum has been broken and CTAs are accelerating in the other direction, the Austrian century bond is doing what its Argentina peer did last month: it is tumbling, and as of the close of trading in Europe was down over 20%, officially entering a bear market. 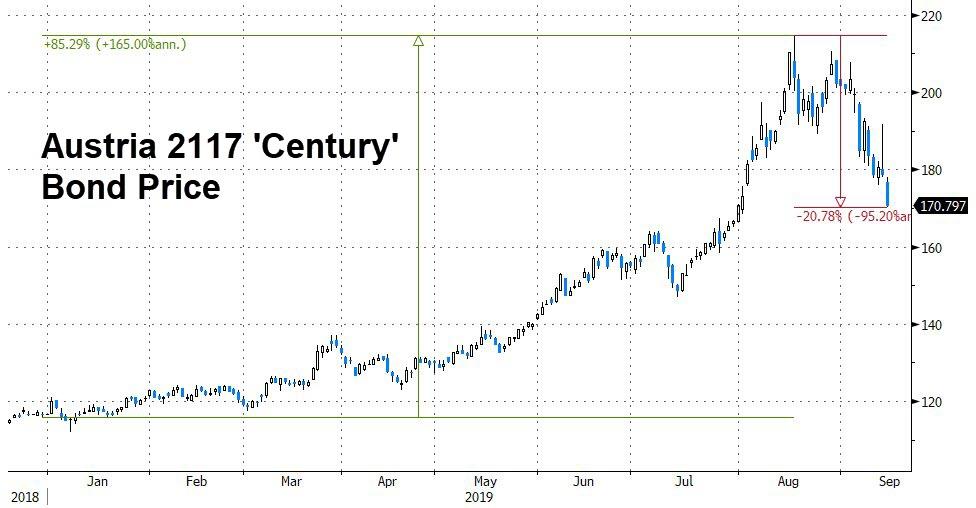 What about the amount of negative yielding debt? Well, after hitting a record high of $17 trillion in August, the stock of negative debt has tumbled by $2.5 trillion to $14.5 trillion, the biggest monthly drop in global negative-yielding debt on record. 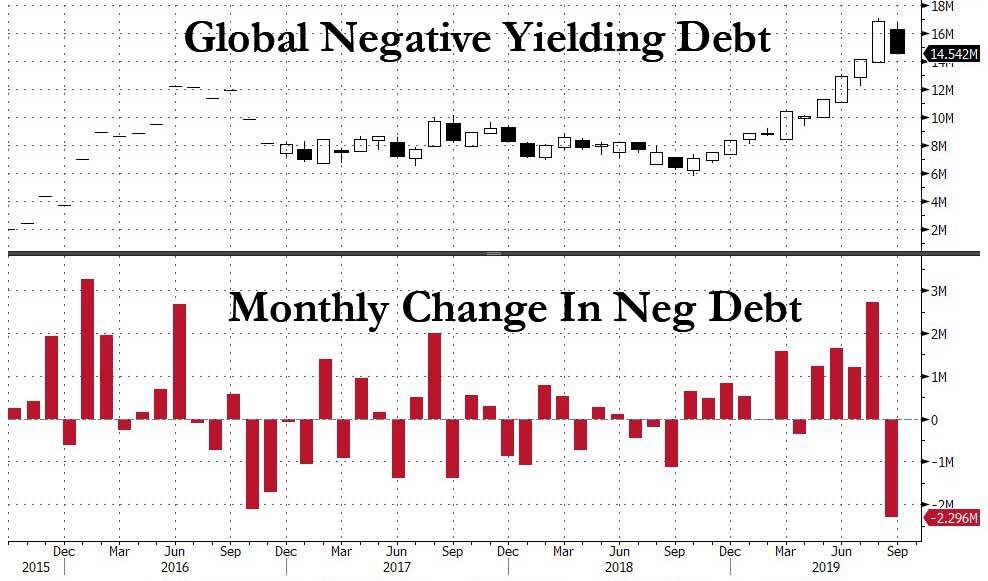