One day after it rocked markets with a report that the US Treasury was preparing to impose quasi capital controls on China, by limiting US investors portfolio flows into China and limiting the listing of Chinese corporations on US exchanges, news which sent the S&P sharply lower and hammered US-listed Chinese companies such as Alibaba and Baidu, Bloomberg is now refuting its own scoop with a report that a U.S. Treasury official said there are no current plans to stop Chinese companies from listing on U.S. exchanges.

That said, Crowley’s statement didn’t address or rule out any all of the proposed “capital-controlling” measures, including limiting US investors’ exposure to the Chinese market through government pension funds, and ways to put caps on the Chinese companies included in stock indexes managed by U.S. firms.

In retrospect, the response by Columbia Threadneedle’s Ed Al-Hussainy to the original Friday report appears to have come closest to the mark, when he said that “this one is a non-starter. Even this administration will have a hard time making the case for capital controls at this scale. Just another market burp.”

Riding high on the wave of its own now refuted scoop, Bloomberg earlier quoted Citigroup which termed the alleged Treasury proposal “the most extreme potential American move against China in the escalating rivalry between the world’s largest two economies: restricting access to U.S. finance.” Even so, Bloomberg had to concede that the practical implications of such a step would be limited at best as U.S. investment in China’s domestic markets are limited with  residents holding only $203 billion of long-term mainland Chinese financial assets as of June, little more than double that held in South Africa; by comparison the market capitalization of Chinese companies on three key U.S. exchanges as of February was approximately $1.2 trillion.

Commenting on the report – at least before its official denial – Assymetric Advisors strategist Amir Anvarzadeh said that “it obviously adds yet another layer of uncertainty and does not bode well for a positive outcome for coming trade negotiations,” adding that “it will force Chinese firms to relist in Hong Kong and China.”

Some, such as Arkera global macro strategist Viraj Patel, noted that “potentially delisting Chinese companies from US stock exchanges is a roundabout way of capital controls that could impact US inward portfolio flows and the US dollar. All other $USD weakening tools haven’t worked. Trump now looking to bring out the heavy artillery…” 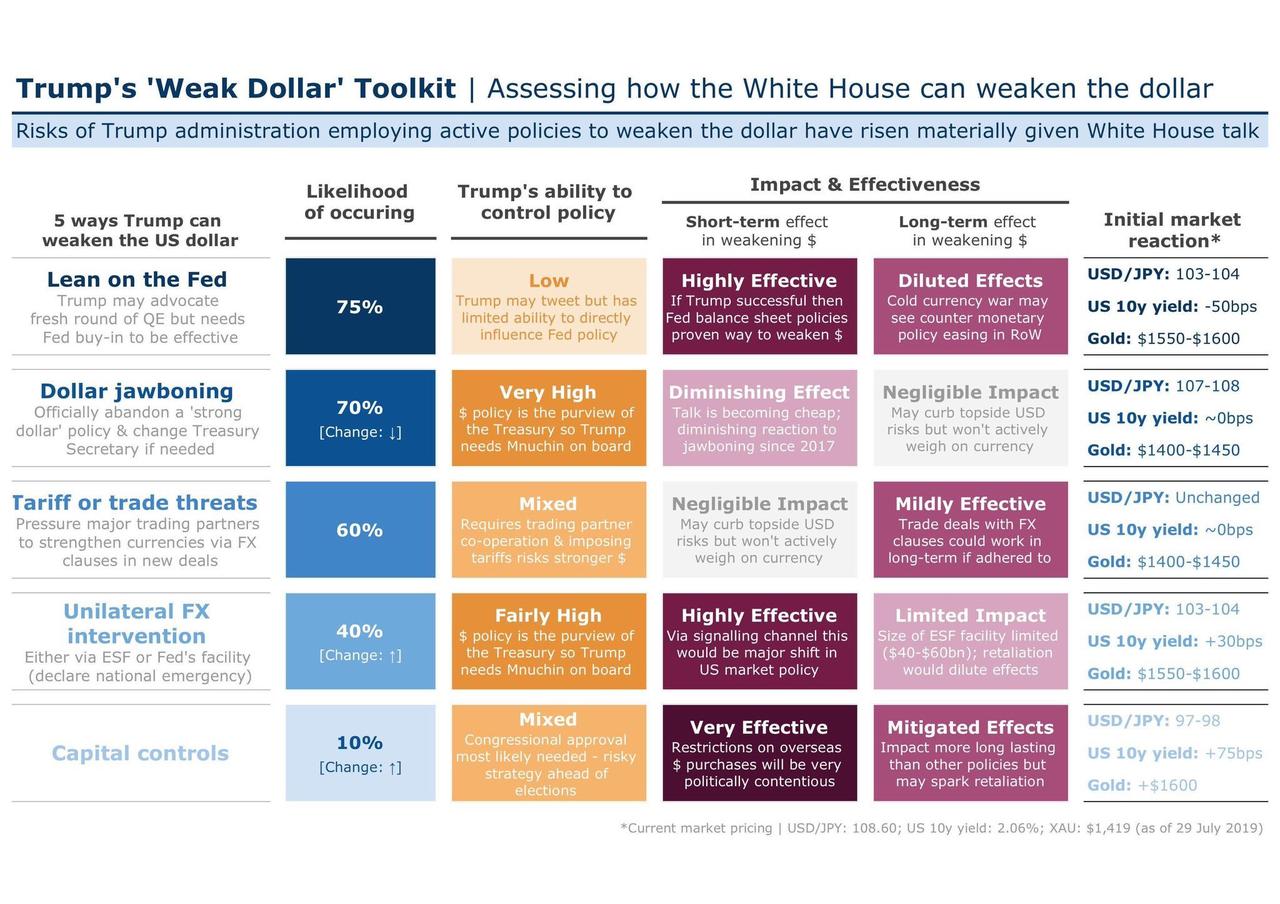 Only it now turns out that wasn’t exactly the case.

To be sure, despite the official denial, Bloomberg is sticking with its story and notes late on Saturday that administration officials “for weeks had been examining their options, and Treasury has been participating in inter-agency meetings chaired by Larry Kudlow.”

Still, the push largely comes from Trump’s more hawkish aides, like White House trade adviser Peter Navarro, and outside advisers like Steve Bannon. The NEC and Treasury are wary of the market reaction and are working to ensure that any plan would be executed in a way that doesn’t spook investors, the people added.

As so often happens, Bloomberg’s initial report of the proposed Chinese listing block appears to have been another miscommunication-cum-trial balloon launched by the more hawkish elements around Trump, pressing for escalation in the trade war; however following the market drop, the more moderate elements were forced to walk it back.

Indeed, as Bloomberg reports – one day after its original report – people close to the administration on Friday expressed annoyance at the discussions being publicized, contending that the White House hasn’t decided on a course of action. They said the discussions were examining a wide range of options and were therefore not yet ready for public consumption.

Some advocates of a crackdown on financial flows within the administration- who argue that any U.S. investment in Chinese companies, whether they’re listed in the U.S. or China, exposes investors to potential fraud as a result of poor Chinese corporate governance standards – said they saw the fact the discussions were being leaked as an effort by doves inside the White House to kill the effort by stirring up opposition. Well, either an effort by the doves, or by Bloomberg itself, which in recent days has unleashed a a full court press against Trump in his impeachment proceedings.

Meanwhile, according to the follow up report, while President Trump has given the green light for the review, exact mechanisms or a timeline had not been worked out.

In short – chaos, which is quickly refuted once its initial adverse market impact is observed… and for the second week in a row. As a reminder, last Friday, stocks tumbled following news that a Chinese delegation had canceled a trip to Montana and Nebraska, which initially had a cooling effect on trade deal “optimism”, only for the report to be rejected and helping stocks spike on Monday.

And so, for the second week in a row, the official denial of the Friday tape bomb will now again result in a sharp spike in futures when they resume trading late on Sunday.