Hillary, who has yet to endorse a Democratic presidential candidate amid rumors that she may throw her hat in the ring, now says that the renewed State Department investigation into her private server – which was allegedly blind-copying a Gmail address bearing the name of a Chinese company – is the ‘real’ Witch Hunt. Thus, making her a witch! 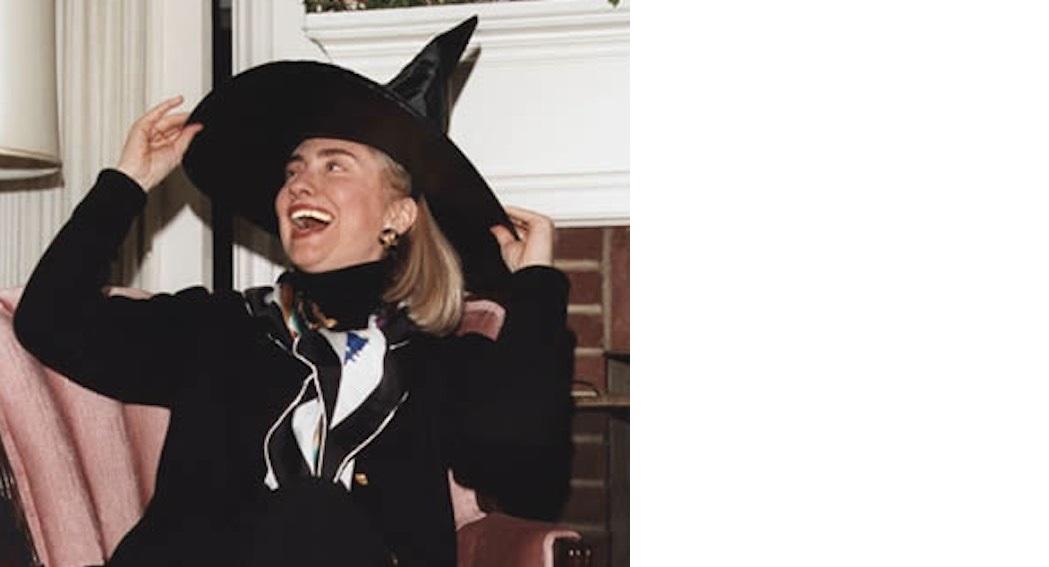 “It’s a witch hunt,” Clinton told NowThis News. “It’s a real one, unlike the kind of things Trump talks about.”

“It is meant to raise the specter about my emails, which were investigated endlessly,” she said – adding the probe was “crazy like a fox” (perhaps because it would cast a shadow over her plans for a third bite at the apple?).

“If the Republicans and Trump and his supporters in the media can muddy the waters and raise all kinds of crazy conspiracy theories, then maybe people won’t pay attention to the danger he poses to our country,” Hillary added – apparently unaware that the country had been put through more than two years of investigation based on a “crazy conspiracy theory” about President Trump and Russia, which was aided by an infamous dossier she bankrolled.

‘It’s a witch hunt and it’s a real one.’ — @HillaryClinton explained how Trump’s new probe into her emails is a diversion tactic in this exclusive interview with NowThis pic.twitter.com/jntN7NxPy4

According to the Washington Post, the State Department has contacted approximately 130 officials whose emails which went through Clinton’s special server have been retroactively classified and may now pose potential security violations – an investigation which began under President Obama.

“This has nothing to do with who is in the White House,” said a senior State Department official. “This is about the time it took to go through millions of emails, which is about 3½ years.” And while the State Department said they are bound by law to adjudicate any violations, former Obama administration officials say the probe is a ‘remarkably aggressive crackdown.’

“It Is Ours!” Indian Minister Says Islamabad About To “Lose Pakistani-occupied Kashmir”

What Precisely Is Wrong With Economic Inequality?