Whether today’s payrolls report was “stagflationary” – as wage growth hit a brick wall, stagnating sequentially and posting the worst annual growth in one year, or simply lousy, is debatable, but with just 114K private payrolls created in September (government added 22K jobs) one thing is certain: this was the 5th lowest private jobs print in the past 3 years.

And yet, if one looks at the various job sectors, the emerging picture is hardly a dismal one, with 10 industries adding jobs, 3 losing, and one unchanged.

Some of the highlights: manufacturing fell by 2,000 jobs, the third consecutive drop, while service providers added a four-month low 109,000 jobs; and while leisure and hospitality workers added 21,000 jobs, a six-month high, retailers cut jobs for an eighth consecutive months. Most notably, since reaching a peak in January 2017, retail trade has lost 197,000 jobs. Separately, government added 22K jobs, “not great, not terrible“, even though census hiring was a surprisingly low 1,000 jobs.

The composition of job gains was not great, with low paying jobs in the education and health category were the top addition in September at 40,000; meanwhile Professional, Business and Service jobs added 23.8K (ex-temp).

Below is a visual breakdown of all the main categories: 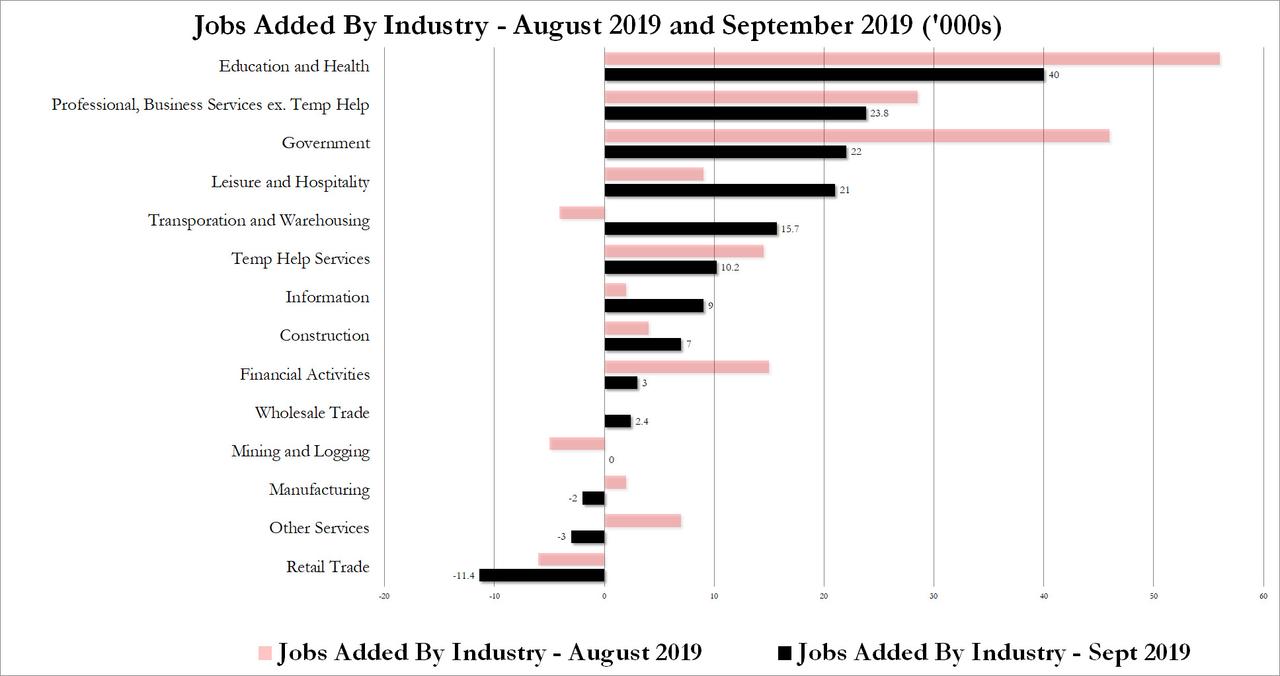 Digging into the numbers above, below we show the fine detail level for industries with the highest and lowest rates of employment growth for the most recent month, via Bloomberg.

Finally, the most notable trend was the continued decline in retail, where the Amazonification of America is accelerating, in the process destroying the legacy brick and mortar sector, which peaked in Jan 2017, and has lost jobs for 8 consecutive months, and 9 of the past 10, as the legacy retail sector is getting gutted. 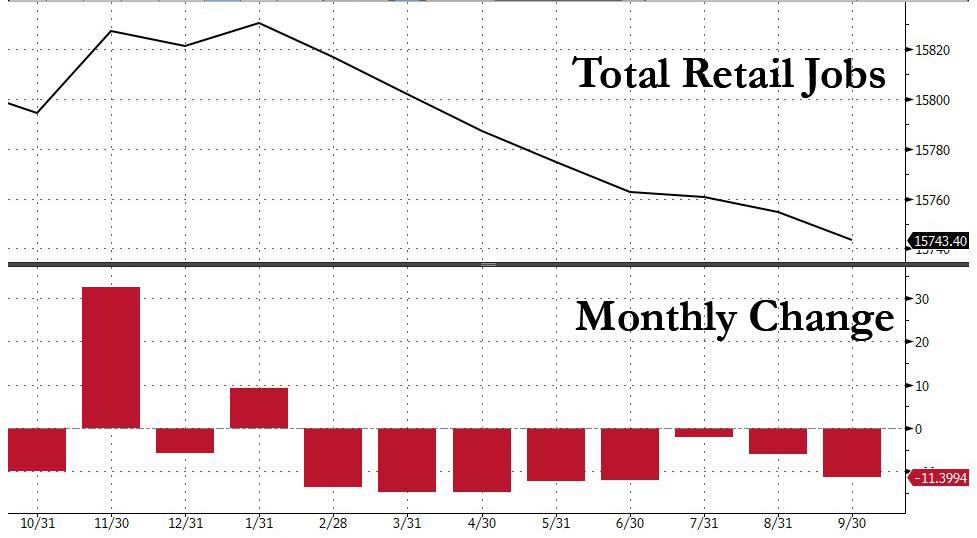 As Hearing Looms, Here Is How Gamma Was Weaponized Against GameStop

Get Ready For An Economic Wake-Up Call This Holiday Season

The Coming Regime of the ECB: Radical Centrism