The ongoing strike at General Motors – set to enter its fourth week – has unleashed recessionary shockwaves across the nation. Exhibit A: the 85 tractor trailers full of hoods, bumpers and other car parts that sat unloaded in Lansing, Michigan this week, as captured by Bloomberg.

The consequences of the strike are rippling through parts suppliers in places like Michigan and Canada and also affecting ancillary businesses like restaurants and bars that serve GM employees.

Mike Luna, a warehouse worker and a chairman of United Auto Workers Local 652 said: “It’s a necessary strike but everyone is feeling the hurt.”

Luna works at Ryder, where about 500 workers have been laid off as a result of the strikes. The semi trailers left in their parking lot consist of auto parts destined for nearby General Motors plants. And the General Motors strike has reportedly chopped $400 million in direct wages out of the US economy, with half of that coming from Michigan. Even the US treasury has lost $154 million, so far, just in payroll and income taxes.

Component makers in Canada like Linamar which makes metal parts for drivetrains like camshafts and transmission cases, could be losing $750,000 a day due to the strike. Linamar’s stock slumped 13.8% last Thursday as a result. 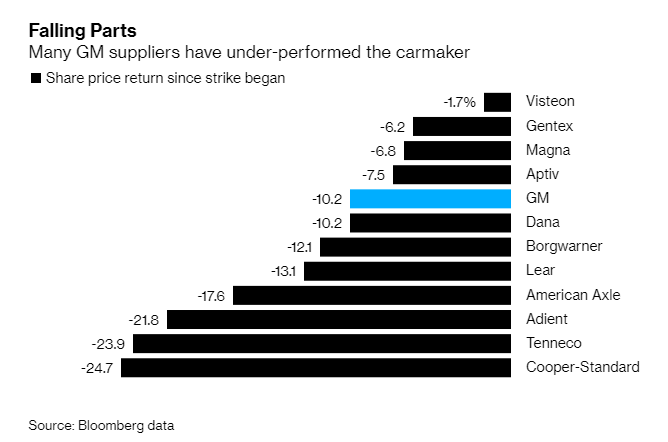 Elsewhere, American Axle has had to lay off workers at its largest driveline plant in the US. The company, which was spun off from GM in 1994, still relies on the automaker for 39% of its revenue. Company CEO David Dauch said that it may have to adjust its full year earnings outlook lower, should the strike continue.

Other suppliers are also paying the cost of the strike:

The strike is costing Axle and Lear Corp., another big supplier, $2 million a day each while the toll on parts-maker Tenneco Inc. is $1 million daily, said RBC Capital Markets analyst Joseph Spak.

GM and its suppliers can make up some production once the strike ends, but not all of it. So some profit will either be lost or shifted to next year.

Spak commented: “We are getting to the point where it will be difficult to recover the lost production this year. In some respects, that makes the remainder of 2019 somewhat of a throwaway for the group and could shift the focus to 2020.”

20 days into their strike with General Motors, the United Auto Workers are saying they have made progress on the issues of healthcare and temporary workers. However, the two sides don’t seem to be close to an agreement just yet as wages, job security, skilled trades and pensions all still need to be negotiated, according to ClickOn Detroit.

The UAW issued a letter on Friday updating members on its progress:

“Since the last update, we have made good progress regarding the issues of health care and
a path for temporary employees becoming seniority members.

“We still have several of your proposals outstanding and unsettled like wages, job security,
skilled trades and pension .

“The staff and your elected Bargaining Committee from both hourly and salary have been
working long hours and aggressively addressing your needs. We will continue to work over
the weekend in an attempt to reach a Tentative Agreement on behalf of you and your families.

“Thank you for standing strong and making sacrifices for the good of all.”

It is being reported that the two sides could reach an agreement “any day”, even if just a tentative agreement, that would end the ongoing strike. GM made a formal proposal to the UAW on October 1 that did not “satisfy contract demands or needs,” according to Vice President and Director of the UAW General Motors Department Terry Dittes. 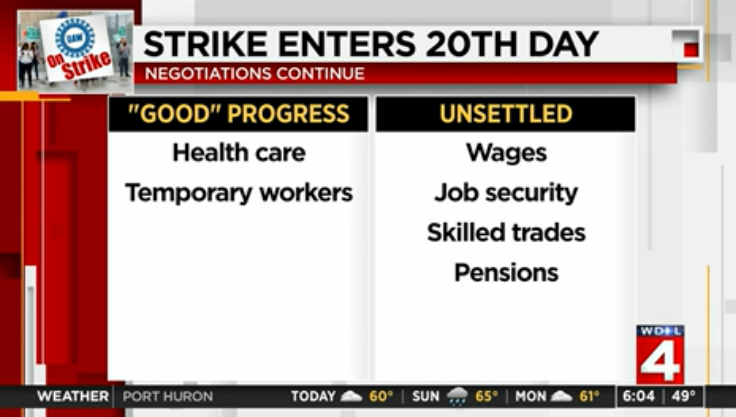 Dittes continued, stating in a letter: “This proposal that the Company provided to us on day 15 of the strike did not satisfy your contract demands or needs. There were many areas that came up short like health care, wages, temporary employees, skilled trades and job security to name a few.  Additionally, concessionary proposals still remain in the company’s proposals as of late last night.”

Current negotiations could be getting hung up at use of temporary workers, despite the reported progress on the issue. The issue is being called one of the “top sticking points”.

The UAW’s strike has caused 46,000 workers at 34 plants nationwide to step off the job so far.

Recall, days ago we reported that the UAW was considering a symbolic vote of “no confidence” for GM CEO Mary Barra, perhaps to try and get a leg up on negotiations with the company.

No vote is imminent, we reported, and a no-confidence vote by the UAW wouldn’t carry any force with GM or its board. Instead, it was being considered as a way to posture and put pressure on Barra, who has made a name for herself as a tough negotiator during her time at the company. 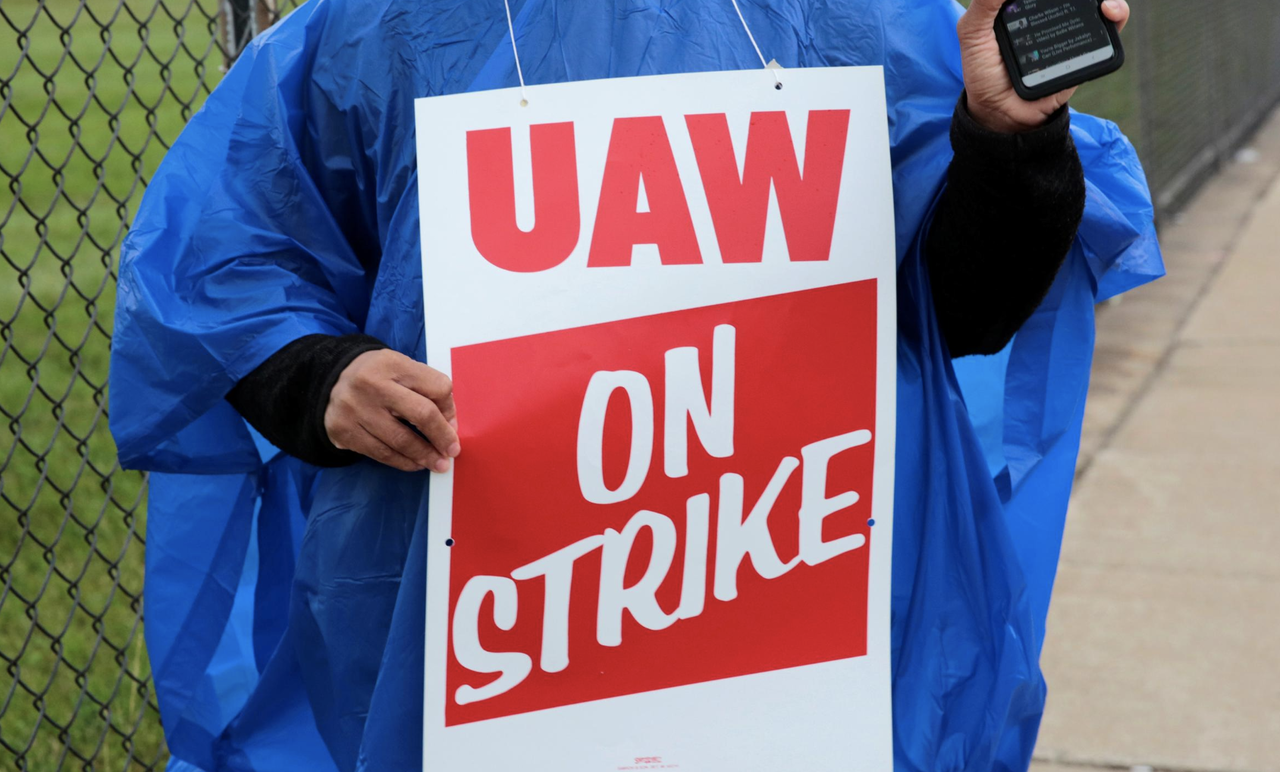 We first reported on the strike in mid September. GM workers last went on strike during contract talks in 2007. That strike only lasted two days, but a more serious strike occurred in Flint, Michigan, in 1998, lasting 54 days and costing the No. 1 US automaker more than $2 billion.

The union has been struggling to stop GM from closing plants in Ohio and Michigan while arguing that workers deserve higher pay after years of record profits. At the same time, GM insists that it needs to shutter the plants for economic reasons, and that UAW wages and benefits are too high to compete with non-union auto plants in the south.

Analysts have estimated that, as a result, GM has suffered losses of more than $1 billion. Meanwhile, striking workers rely on weekly paychecks of just $250 while on strike.