Inside The Life Of Hunter Biden: The WaPo Reveals A ‘Troubling Tale Of Privilege’

Inside The Life Of Hunter Biden: The WaPo Reveals A ‘Troubling Tale Of Privilege’

As the MSM runs interference for Joe Biden and his son Hunter – taking cues from Congressional Democrats who have cloaked allegations of Ukraine corruption in a smokescreen of impeachment proceedings, the Washington Post‘s David Von Drehle has penned his take into the life of Hunter Biden in a Friday Op-Ed. 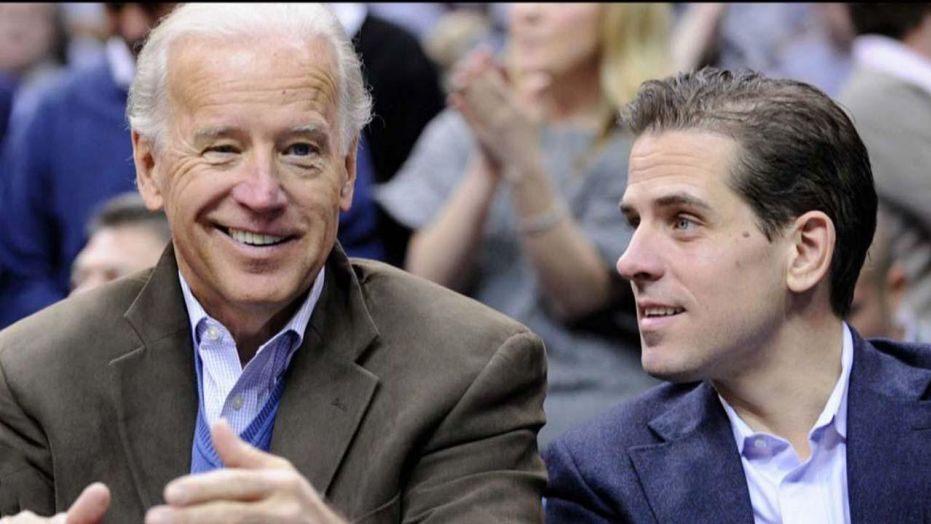 That said, Von Drehle’s goal may be to generate sympathy for the Bidens – as he dismisses the effort to investigate the Bidens’ alleged corruption in Ukraine and China as a “spectacle” despite credible allegations of nepotism which have yet to undergo a thorough investigation.

“The story of the Bidens, father and son, is more pathetic than nefarious,” writes Von Drehle. Still, the background information makes this worth a read.

“It’s likely you already know the beginning of the story, at least through Joe’s eyes. The high point of his young life, his election to the U.S. Senate, collided fatally with the low point: a car wreck in which his young wife and daughter were killed. Two young sons, Beau and Hunter, survived the wreck — to live with the wreckage. Because let’s be real, folks, as Joe Biden likes to say: The crash took their mother, but in a real sense, that election took their father. I don’t care how many Amtrak trains the ambitious young senator caught to kiss his sons’ foreheads as they drifted off to sleep, or how many rides the boys took on the Capitol Hill subway as Dad worked. Politics is a punishing life for the children involved — presidential politics especially. And Joe Biden has always been running for president.“

Beau Biden coped by making himself into a chip off the old block. That left Hunter to find his own lane. As Entous details it, the youngest Biden tried the arts, law, finance, political influence peddling. The consistent themes are booze and cocaine. The profile groans under a litany of failed rehabs.

“Soon enough, directionless Hunter has a six-figure job at a bank run by Biden supporters. When Hunter grows bored, there’s another lucrative job under the tutelage of a former Biden staffer. When Hunter wants a house he can’t afford, he receives a loan for 110 percent of the purchase price. And when he goes bust, another friendly banker mops up the damage.”

Then his brother Beau contracts fatal brain cancer, and the last wobbly wheels come off Hunter Biden’s fragile self. At this point, the New Yorker piece becomes a gonzo nightmare — much of it narrated by Hunter himself — of hallucinations, a car abandoned in the desert, maxed-out credit cards, a crack pipe, a strip club and a brandished gun.

If, as the magazine headline put it, Hunter Biden now jeopardizes his father’s campaign, the article makes clear Joe Biden feels a share of the blame. Yet, by the time the senator was vice president, the folks still willing to help Hunter were of a sketchier variety. There was a Chinese businessman who, Hunter said, left him a large diamond as a nice-to-meet-you gift. And a Ukrainian oligarch who hired Hunter at a princely sum to do nothing much. (Neither the firm nor Hunter Biden identified any specific contribution he made). Joe Biden’s response, according to his son, was: “I hope you know what you are doing.”

So while the Washington Post‘s Van Drehle excuses unlitigated allegations of Biden corruption as “more pathetic than nefarious,” and attempts to investigate them a “spectacle,” his take on Hunter’s unquestionable life of privilege is nonetheless spot on.