One workday after the NY Fed took down only $38.55BN in collateral in its latest overnight repo operation, the funding market appears to again be getting tighter, and as the term repos are set to mature in the coming days, on Monday morning the NY Fed announced that it had accepted $47.05BN in collateral in its latest repo op, consisting of $36BN in TSYs and $11.05BN in MBS. 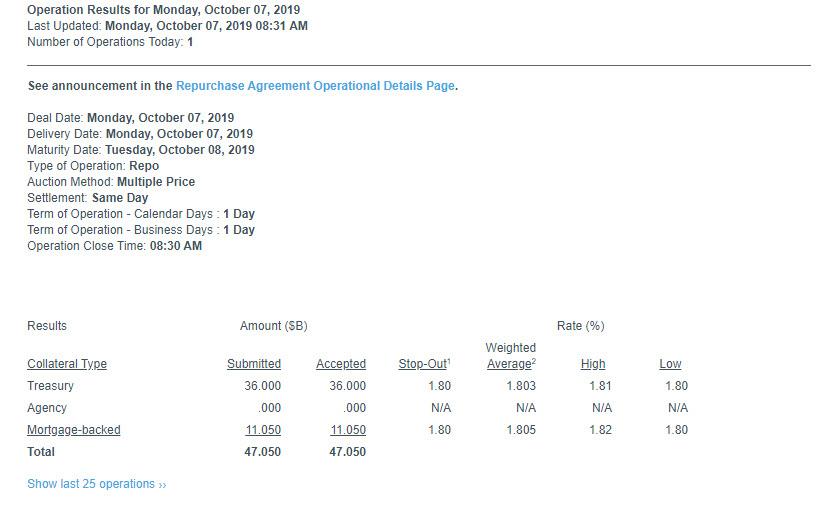 And even though quarter end is long behind us – and traders are starting to worry about the upcoming year end, which back in 2018 caused a mini explosion in repo rates – this was the third consecutive increase in repo op usage, the highest in a week and the second highest since the start of the month. 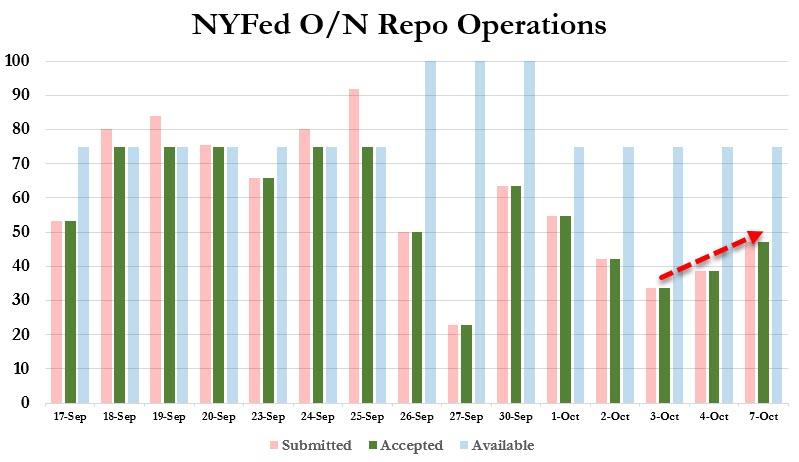 Of course, on Friday the Fed itself hinted that the funding shortage persists when it announced that not only will it continue $75 billion overnight repo operations until at least November 4, effectively making the “temporary” repo operation into a permanent funding fixture, but also announced 8 term repo operations starting tomorrow and continuing through Oct 29, sized between $35BN and $45BN. 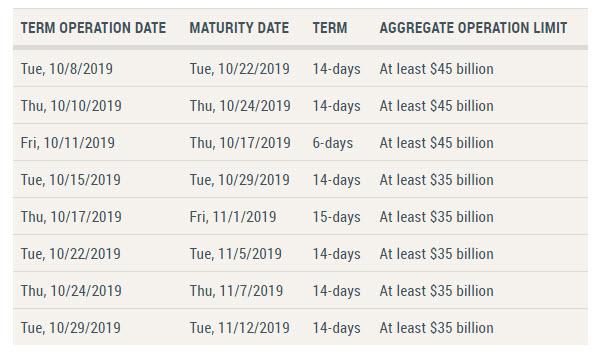 In short: don’t expect any normalization in the funding market at least until such time as the Fed announced POMO/QE4 at which point the question will be just how much does the Fed’s balance sheet have to expand by.