Oswald Gruebel, who served as Credit Suisse CEO from 2004 to 2007 and as UBS Group AG’s top executive from 2009 to 2011, has slammed ECB policy in an interview with Swiss newspaper NZZ am Sonntag.

“Negative interest rates are crazy. That means money is not worth anything anymore,” Gruebel exclaimed.

“As long as we have negative interest rates, the financial industry will continue to shrink.”

Who can blame him – judging by the all-time low in European inflation expectations, ECB policy has been an utter failure…

Gruebel is not alone. As European bank bosses cast their eyes at their share prices, they are fighting back, some have said – biting the hand that feeds, in their attack on ECB policies, warning of severe consequences to asset prices and the broader economy.

As Bloomberg reports, The ECB’s imposition of negative interest rates have created an “absurd situation” in which banks don’t want to hold deposits, rages UBS CEO Sergio Ermotti, arguing that this policy is hurting social systems and savings rates.

Additionally, Deutsche Bank CEO Christian Sewing warned that more monetary easing by the ECB, as widely expected next week, will have “grave side effects” for a region that has already lived with negative interest rates for half a decade.

“In the long run, negative rates ruin the financial system,” Sewing said at the event, organized by the Handelsblatt newspaper.

Another cut “may make refinancing cheaper for states, but has grave side effects.” 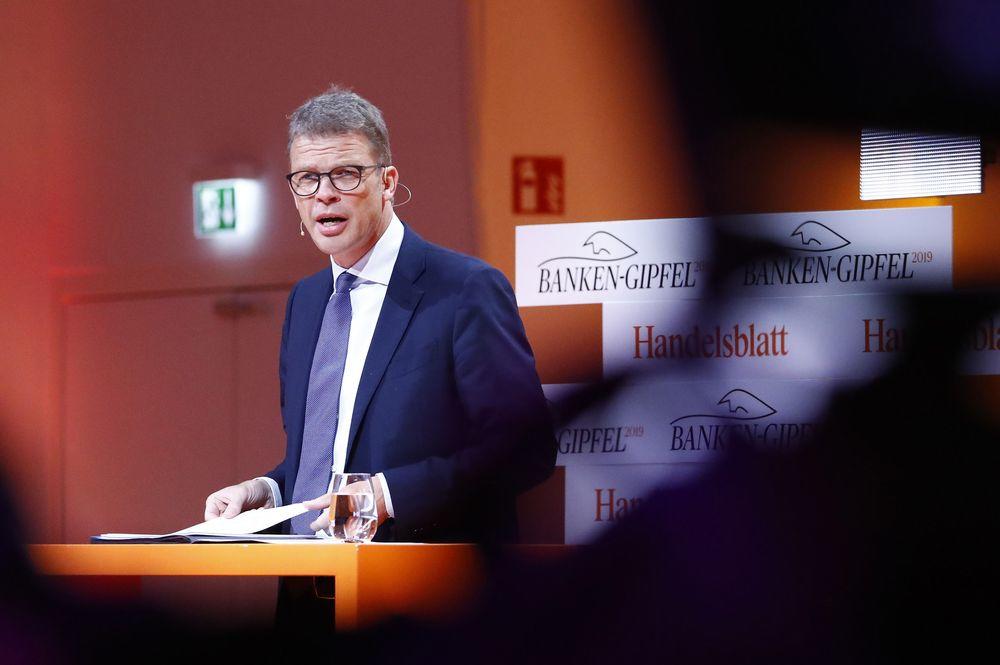 While incoming ECB head Christine Lagarde has claimed that the benefits of deeply negative rates outweigh the costs (stating just this week that “a highly accommodative policy is warranted for a prolonged period of time;” few economists believe another cut at this level would actually help the economy. According to Sewing, all it would achieve is to further divide society by lifting asset prices while punishing Europe’s savers who are already paying 160 billion euros ($176 billion) a year because of negative interest rates.

“They have already cranked open the money tap – most of all the European Central Bank.”

Who can blame Sewing, as the EU yield curve has collapsed, so has his share price…

“Banks’ interest margins are under pressure in this environment and that’s not going to change,” Commerzbank CEO Martin Zielke said at the same conference.

“I don’t think it is a particularly sustainable or responsible policy. But we have to recognize the facts and the facts are that winning clients in this environment helps work against that pressure.

Draghi’s legacy has left an ECB facing mutiny from an increasingly hawkish group of ECB members, following his dictatorial decision to cut rates unilaterally (“no vote required”). Starting October 31, how the Eurozone will be destroyed – whether with hyperinflation fire and deflationary ice – will no longer be Draghi’s decision, but instead the final destruction of the Eurozone will be delegated to arguably the most clueless person (see Argentina) in the room.