Last month we concluded our analysis of the July Jolts by reminding readers that “JOLTS is 2 months delayed, so we wouldn’t be surprised if next month’s JOLTs is where the real ugliness lies.” That’s precisely what happened.

Just in case the last few disappointing payrolls reports weren’t sufficient to indicate that the US labor market is cooling rapidly, the latest JOLTS released today by the BLS confirmed that US workers are going through a decidedly rough patch, as the total number of job openings dropped again, sliding to 7.051 million, below the 7.250 million expected, and not only below the downward revised June print of 7.174 million (7.217 previously), but the lowest number in 17 months, since March 2018. 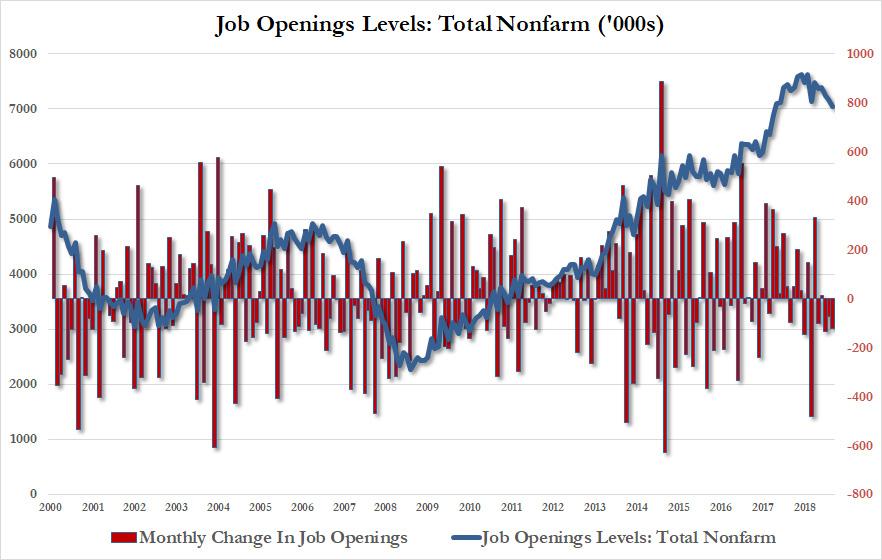 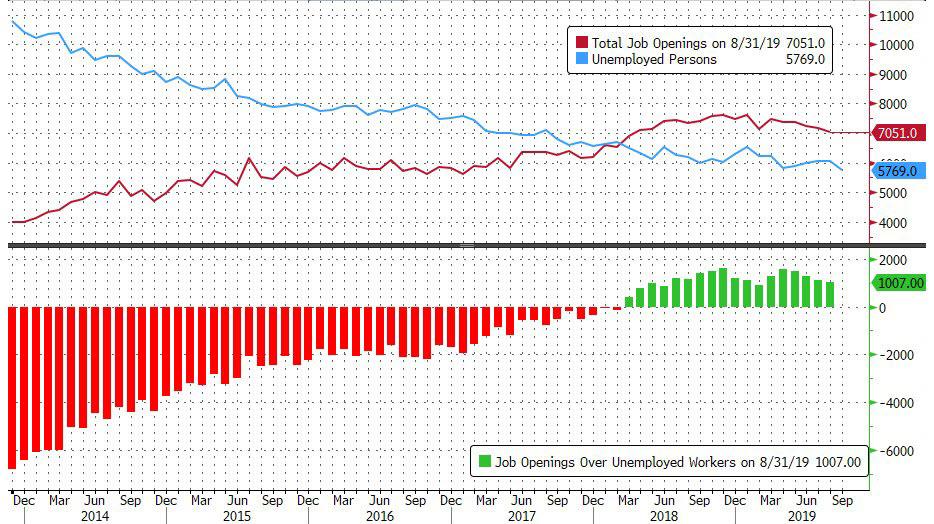 Unlike last month, though, when there was a modest improvement in the rate of hires and quits, in August the number of hires tumbled by 199K to 5.779 million, which still was modestly above where the payrolls implied number suggests: 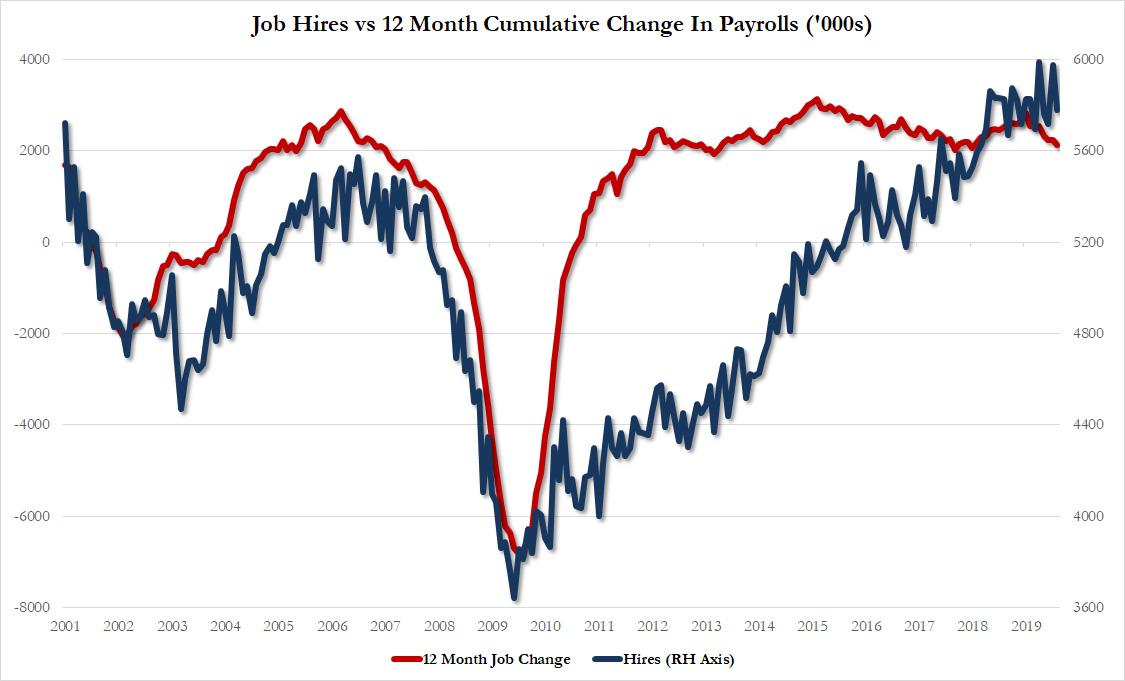 The drop in hiring meant that from an annual expansion, hiring once again slumped into the red, dropping by -0.8% in August, down from a +2.5% increase in June. 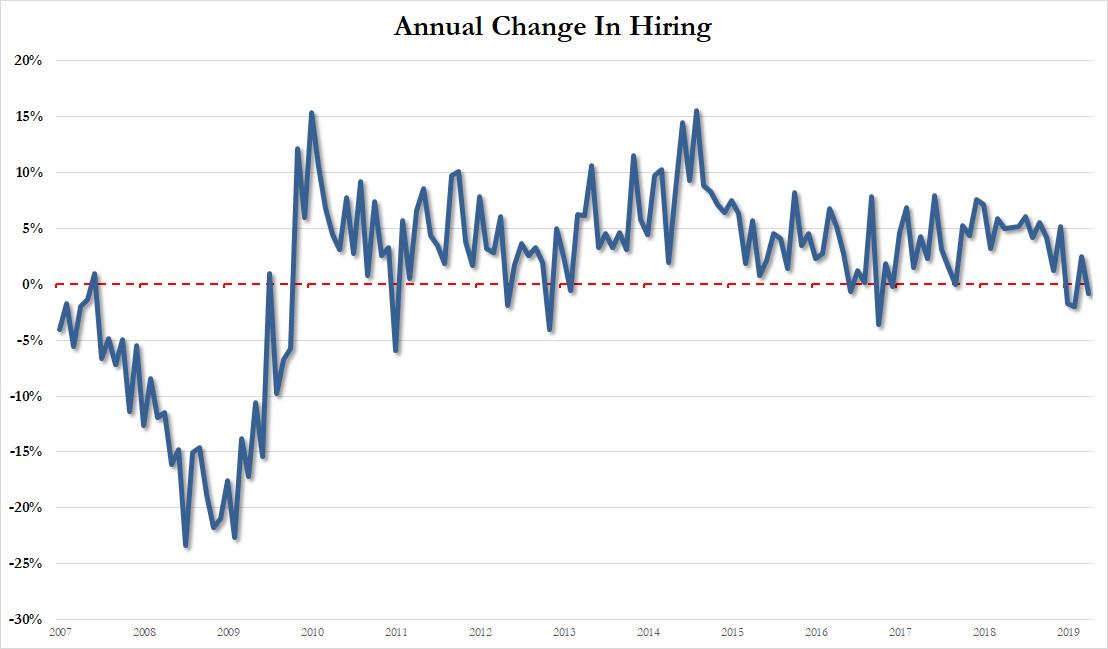 Finally, in the latest indication of the slowing labor market, we saw the so-called “take this job and shove it” indicator – the total level of “quits” which shows worker confidence that they can leave their current job and find a better paying job elsewhere – reversed from last month’s rebound, and in August the number of quits tumbled by 142K to 3.526MM from 3.668MM, and the biggest monthly drop since January. 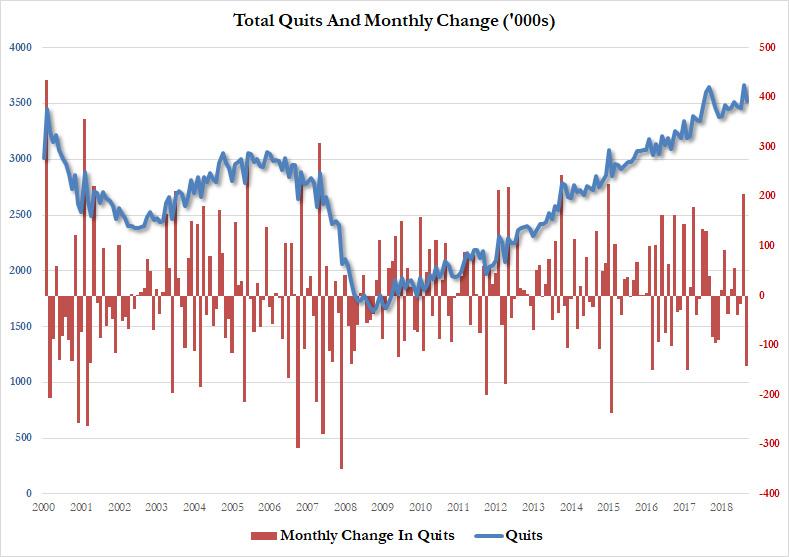 Overall, this was the ugliest JOLTS report in more than year, which perhaps was to be expected in light of last week’s poor payrolls number.