The majority of macro indicators are pointing lower and increasing the likelihood that the global economy is already or close to a recession. More evidence from companies is released everyday indicating that Q4 is shaping up to be a “kitchen sink” with layoffs and asset write-downs. This means that negative macro dynamics will now most likely spread to the broader services economy and employment, and thus the chain reaction has now started making a deal or no deal between the US and China irrelevant. In today’s equity update we also discuss how to invest in the contraction phase of the business cycle.

Intraday equity volatility has accelerated in October on changing trade deal news flow. Every day brings a new measure from the US or China ahead of today’s talks and threats of retaliation. The tone and direction have not been worse in our opinion between the two countries and while the narrative is building around a narrow trade deal to backstop the most imminent pressure from the trade war it will not matter. The S&P 500 has lost momentum and judging from the past weeks price action the short sellers are in control pushing the index down. We expect US equities to continue lower in the fourth quarter as the earnings season will deliver far worse numbers than expected with an outlook in complete disarray. 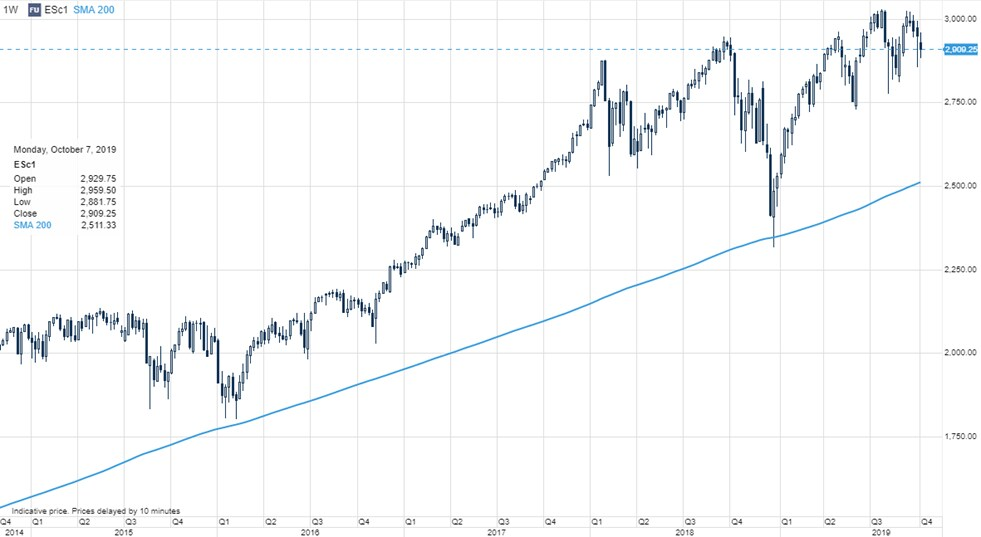 Everyone talks about a trade deal, but we are far beyond the point where it matters. The havoc from the trade war has happened evident in the constant declining macro numbers. The slowdown has lasted long enough now that companies are losing their patience and as a result, they will begin layoffs and asset write-downs (the “Kitchen Sink” theory”) in Q4 which will then begin to show up in broader macro series on the services sector and employment. This will in turn take down investments and with-it GDP growth causing the economy to slip into a recession, and it will show that central banks have been behind the curve all along. The reason is simple. All central banks are run on models fitted to an economy from the 1970s. After the 2008 crisis the models were updated with new credit models to reflect the negative feedback loop that central banks missed leading up to the financial crisis. But this recession starts with a trade war and thus the models have no visibility to what’s going on.

As our Chief Investment Officer, Steen Jakobsen, has been saying negative yields and QE are a policy disaster and the restart of the ECB QE programme was a mistake. There is no evidence that these policies are working and thus the coming ECB president Christine Lagarde will be forced to clean up after the current ECB president Mario Draghi. Financial Times is bringing a story today that Mario Draghi restarted the QE programme despite the monetary policy committee’s advice not to. This override has caused great divide inside ECB and Europe and Lagarde will be on a mission to fix it. Our view is that ECB will take rates back to zero and leave negative yields as a failed experiment with the help of Europe’s governments starting to expand fiscal policies.

OECD released its global leading indicators (CLI) for August on Tuesday and the indicators declined for the 20th straight month making it the longest slowdown since the financial crisis. The 2007-2009 global economic slowdown also lasted for 20 months although much more severe in magnitude. Our historical analysis of the economic cycle and equity performance shows that the current contraction phase (economic growth below trend and slowing) is the most difficult phase to navigate as an investor. Data since 1973 show that equities on average deliver the same return as government bonds in this phase of the cycle but it comes with high variance. 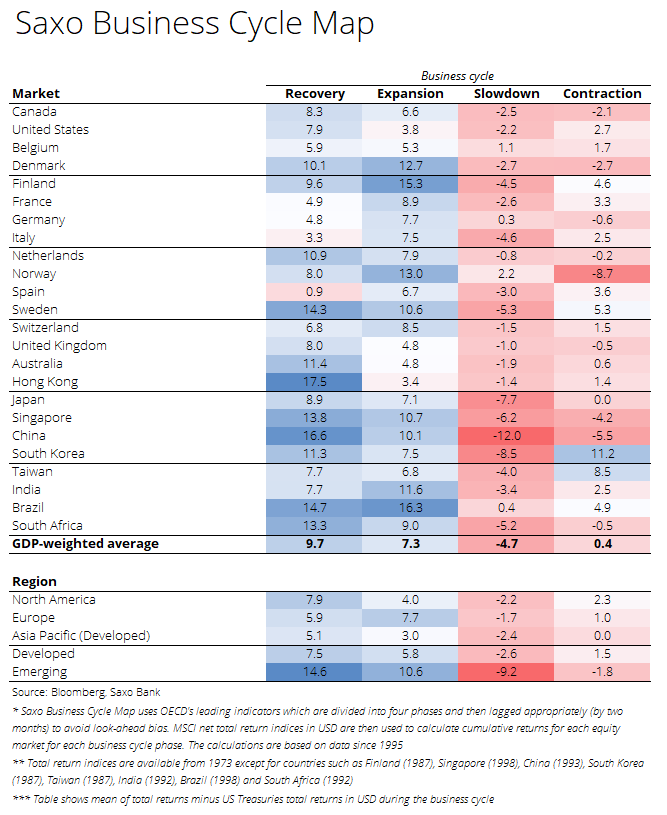 Since the financial crisis financial markets have become more managed by policy makers and any slowdown has been fiercely fought by central banks. As a result, the previous three contractions in 2011, 2012 and 2015/16 all saw equities outperform bonds which is unusual measured against the period before the financial crisis of 2008. The current contraction phase that started in 2018 has so far also seen equities in general outperform bonds making it potentially the longest winning streak of equities outperforming bonds during contractions.

Our main scenario is that the global economy will slip into a recession and equities will see a typically 20-25% drawdown before the leading indicators turn. However, as our Saxo Business Cycle Map shows the best equity markets in the following recovery phase are cyclical developed markets such as Sweden, Netherlands, Australia and Hong Kong, and then pretty much all emerging markets. 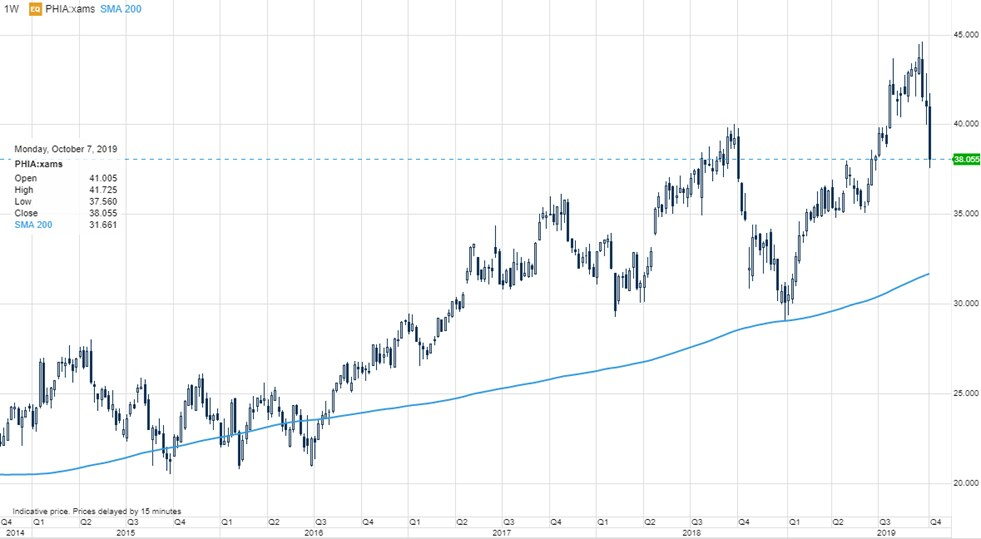 Evidence that the Kitchen Sink phase has started has accelerated recently with big layoffs announced by HSBC, Deutsche Bank and Seven & I. In addition, profit warnings have accelerated with recently FedEx and today from Philips seeing its shares down 10%. The Dutch hospital equipment maker warned today of lower EBITDA margin in FY19 due to higher tariffs and issues in its Connected Care division.