“The operation is currently continuing with the involvement of all our units… 109 terrorists have been killed so far,” Erdogan stated, as quoted by Reuters.

At the same time pro-Kurdish media sources have cited nearly a dozen pro-Turkish forces killed in border areas where both sides have clashed on the ground. 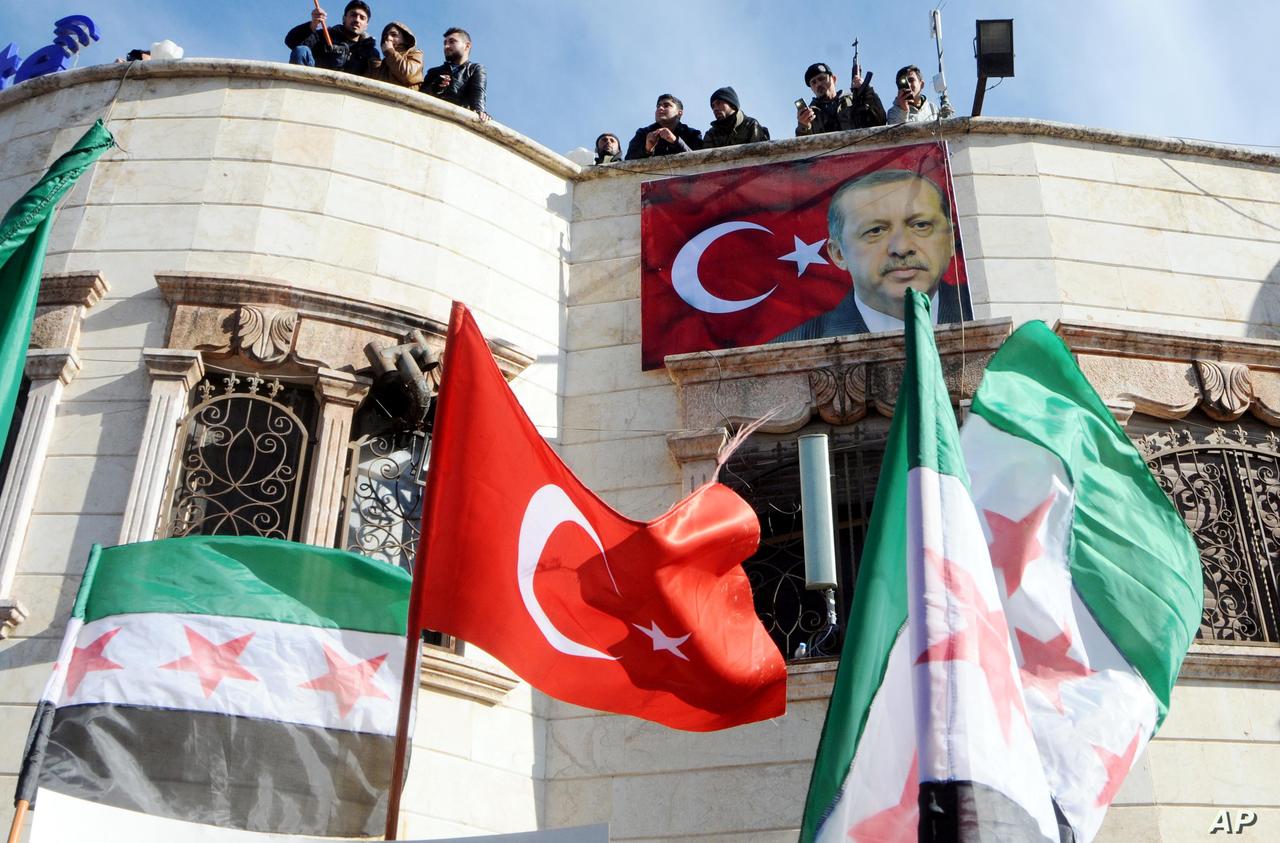 Currently it appears Turkey is mustering large forces and cutting off communications and ground access points outside the largest Syrian population centers near the border, ahead of expected major clashes.

#Turkey-backed troops crossing into NE #Syria to cut the #Derbassia #Rasulayn roads.
So far, the established bridgehead/corridors show them avoiding the fight in built up areas, cutting communication and supply routes and working on besieging large population centres. pic.twitter.com/1VoF8jYFZP

Though at this point it is impossible to gain an accurate civilian casualty toll figure, which is likely much higher, international reports cite at least 8 Syrian civilians killed after yesterday’s first wave of Turkey’s military operation, including at least two children among the dead.

Underscoring the absurd contractions of Washington’s Syria policy over the course of the past seven years of proxy war, the pro-Turkish Syrian National Army rebels are actually led by Salim Idris (among two other top commanders), the former Chief of Staff of the Supreme Military Council of the FSA. 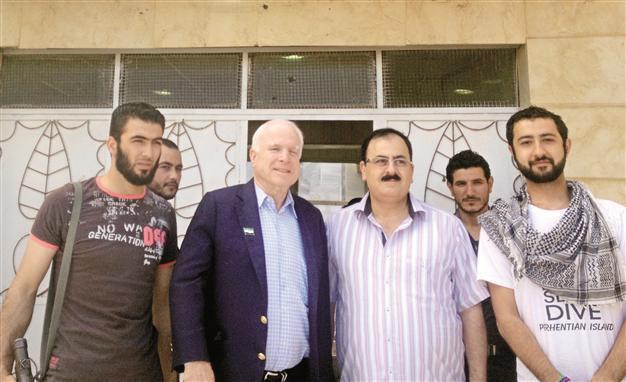 The late Senator John McCain posed for a picture with Syrian ‘rebel’ leader Gen. Salim Idris (2nd Right) in 2013. Others photographed alongside McCain were later confirmed to be terrorists which had been involved in kidnapping Shia pilgrims.

During the early years of the conflict in Syria, when the US was supporting an anti-Assad insurgency in pursuit of regime change, Idris was the “US man in Syria” among other top FSA leaders.

As even The New York Times has for years admitted, the United States was paying the salaries of Idris and other “rebel” fighters in Syria seeking to topple Assad, along with supplying them with weapons and increasingly sophisticated military hardware and equipment. Idris was removed as Chief-of-Staff of the FSA’s Supreme Military Council in 2014, after which he became increasingly close to Ankara.

And now, Idris is Erdogan’s point man in attacking US-backed SDF forces, as US state-funded Voice of America (VOA) notes in asking ‘Which Syrian Groups Are Involved in Turkey’s Syria Offensive?’:

Salim Idris, an SNA commander, said Monday in a press conference in Turkey that his group “is standing in strength, resolve and support with our Turkish brethren in Turkey” in their military operation into Syria.

Last year the VOA quoted Idris as saying he and his forces were seeking “payback” against Syria Kurds.

“The problem is not only that the Kurdish fighters cooperated with the Syrian regime and the Russians during the battle for Aleppo, but that the YPG burned dozens of Arab villages and displaced their inhabitants,” Idris told VOA.

#Syria
Images showing Salim Idris, commander of Syrian National Army in presence of other forces of this group before start of Turkish operation in east of Euphrates. #SNA is part of Free Syrian Army and manipulated completely by #Turkey in Syria and their base is in Azaz. pic.twitter.com/LjHDGPXaJL

Given Erdogan and other top Turkish leaders’ vow of “demographic correction” in northern Syria through use of military force — which is clearly code for ethnic cleansing along Turkey’s border — it is all the more disturbing.

Considering the years-long absurd contradictions inherent in America’s actions in Syria, maybe this is why Trump wants to get the hell out?

“I am trying to end the ENDLESS WARS,” the president tweeted again on Thursday.

….the area and start a new war all over again. Turkey is a member of NATO. Others say STAY OUT, let the Kurds fight their own battles (even with our financial help). I say hit Turkey very hard financially & with sanctions if they don’t play by the rules! I am watching closely.