Update (1330ET): Bloomberg reports confirm US and China have reached a partial agreement that would broker a truce in the trade war and lay the groundwork for a broader deal that President Trump and Xi Jinping could sign later this year, according to people familiar with the matter.

As part of the agreement, China would agree to some agricultural concessions and the U.S. would provide some tariff relief.

The pact is tentative and subject to change as Trump prepares to sit down with China’s Vice Premier Liu He later Friday.

Then thought about it (it’s a nothingburger)

Update (1300ET): Another slightly more upbeat trade headline just hit the tape: “China has already extended an official invite to Lighthizer, Mnuchin and their teams for additional trade talks in China ahead of next month’s APEC summit in the Chilean capital Santiago–from @Kevinliptakcnn & me.”

China has already extended an official invite to Lighthizer, Mnuchin and their teams for additional trade talks in China ahead of next month’s APEC summit in the Chilean capital Santiago–from @Kevinliptakcnn & me

To be sure, this headline isn’t unequivocally bullish – far from it. Alarmingly, it suggests a deal – even the “skinny deal” the market has pinned its hopes on – might not have been reached on Friday. But at least the two sides seem to be getting along. 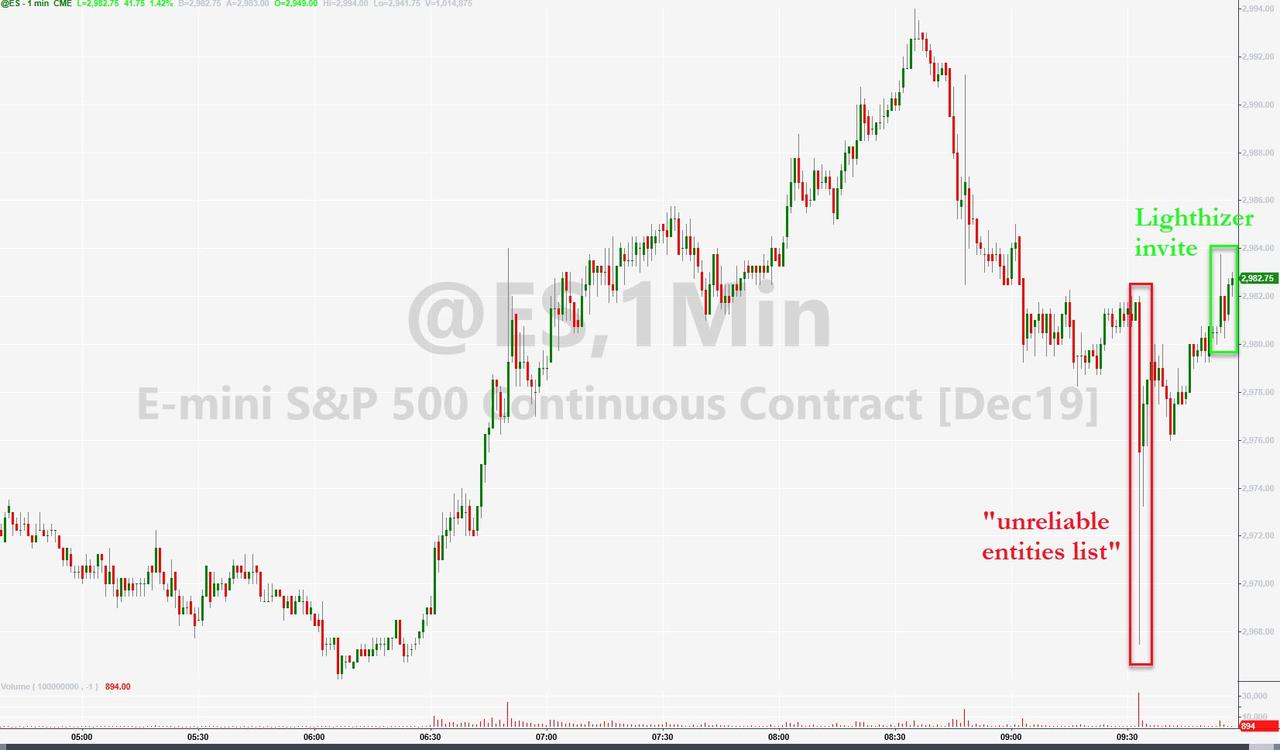 With the world and their pet rabbit buying stocks because they are sure a US-China trade deal is imminent, a headline from Reuters has exposed just how fragile this farce really is.

An “unreliable entities list” being developed by China is ready, but whether or not the list is published will depend on how talks with the U.S. progress, Reuters reported, citing two Chinese government sources.

Sparking a sudden plunge in stocks…