Can A Policy Recession Occur When The Fed Is Easing?

Can A Policy Recession Occur When The Fed Is Easing?

Is it possible for a policy recession to occur when successive rounds of policy-stimulus have worked to extend the economic cycle and the policy-fuel runs out or cannot be provided in the same scale? We may soon find out.

The current stance of monetary and fiscal policies is at odds with the economic cycle. The economic cycle is the longest in the post war period, running now for 123 months. Long cycles, with dwindling amounts of resources as is evident with the jobless rate at 3.5% the lowest in 50 years, have been associated with no policy support.

For example, there were two other economic cycles (1960s and 1990s) that also ran well over 100 months in length and at the end of both cycles the US budget was in surplus. Yet, nowadays the federal budget is not only in deficit, but the scale of the deficit is increasing. 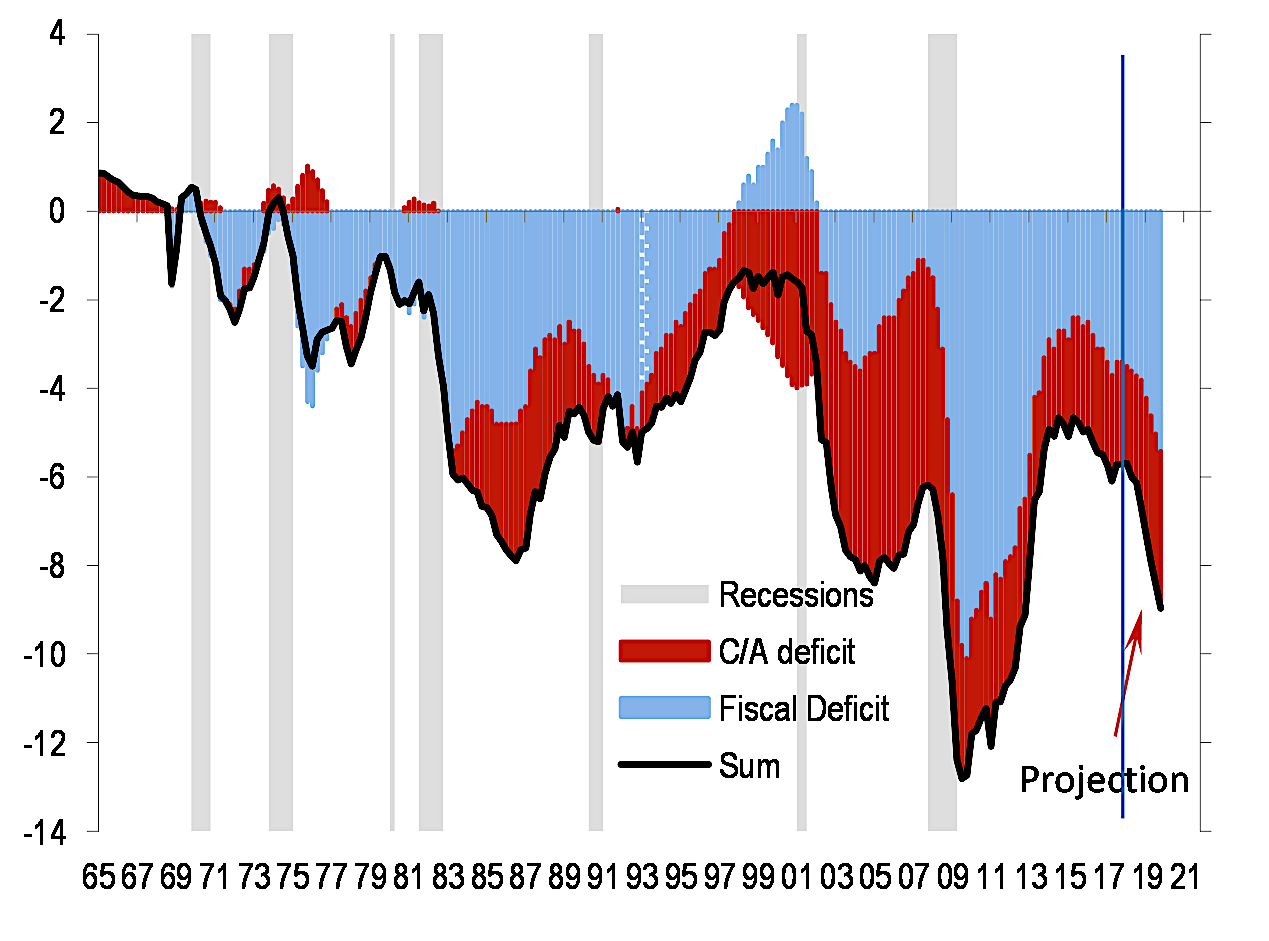 The Congressional Budget Office estimated that the budget deficit for fiscal year 2019, which ended on September 30th, totaled $984 billion, or 4.7% of GDP. The budget deficit has increased by over $300 billion over the past two years, largely due to the 2017 tax cut. Companies used most of their portion of the tax cut to buy back their own stock, lifting equity prices in the process.

The monetary side of the policy apparatus is also misaligned when compared to long cycles. At the end of 1960s and 1990’s cycles (with jobless rates in the 3.5% to 4% range) the nominal fed funds rate stood 250 to 400 basis points above the consumer core rate of inflation.

With the decision to lower official rates by 25 basis points at the September 17-18 Federal Open Market Committee (FOMC) meeting, the mid-point of the fed funds target today is 50 basis points below the consumer core rate of inflation.

The policy imbalances and the potential impact on the economy and the financial markets have not gone unnoticed by policymakers. At the September 17-18 FOMC meeting “Several participants cited considerations that led them to be concerned about financial stability, including low risk spreads and a buildup of corporate debt, corporate stock buybacks financed through low-cost leverage, and the pace of lending in the CRE [commercial real estate] market.”

Co-working firms are securing long-term leases from property owners, and then rent out the commercial space with short- term leases. Rosengren argues that the low interest rate environment has greatly increased leverage in the sector, while also pushing commercial real estate values to lofty levels. Rosengren has argued that although the risks of the co-working model will not be fully recognized until the next recession, he worries that additional policy-stimulus will only fuel even larger imbalances.

Low interest rates have also created an “asset-liability” mismatch on the household side as well. According to press reports, roughly one-third of new car loans taken out during the first half of 2019 had a average term that of nearly 7 years, with a small portion of new loans going beyond 84 months. Auto loans of 7 years and longer were not even offered in the prior cycle.

Stretching out the terms of car loans has been made possible by low interest rates, creating the impression that car buying has become more “affordable”. But there is also big downside.

Cars are usually held for 5 years, so an increasingly number of current new car-buyers will be forced to pay off their existing car loan or roll the debt from existing auto loans into a new car loan. How many consumers would be able to afford paying for a new loan and the remaining portion of the old loan at the same time? That asset-liability mismatch has the potential to trigger a slump in consumer spending at some point.

Policymakers are charged with mandate of maintaining economic and financial stability. Yet, from a risk management perspective when does attempting to extend the current cycle cross the line and endanger future cycles? Based on segments of the debt and equities markets, as well as segments of the real economy that “line” has already been crossed.