One week after President Trump ordered a serious reduction in staff at the National Security Council, National security adviser Robert O’Brien has announced the size and scope of the cuts, promotions, and other organizational matters following the departure of John Bolton.

Speaking at a late Thursday town hall event, O’Brien said he’s aiming to eliminate approximately half of the 178 staff members at the NSC over the next 15 monts, according to PBS  –while Politico has the details on promotions.

The latest changes include two promotions and one departure, a senior Trump administration official confirmed on Friday. Kevin Harrington, who had been senior director for strategic planning, will now serve as strategic counselor to O’Brien. Also moving up is Victoria Coates, a former adviser to Republican Sen. Ted Cruz who has been serving as the NSC’s senior director for the Middle East.

Harrington is one of the longest-serving officials to serve at the NSC under President Donald Trump. He’s a former investment-fund manager and longtime associate of venture capitalist Peter Thiel. The senior administration official said Harrington’s directorate will be eliminated, but that he and his team will serve as a mini-think tank for O’Brien. –Politico

O’Brien, John Bolton’s successor, framed the cuts as a return to prior staffing levels after the headcount grew from around 100 people under President George W. Bush to over 200 during the Obama administration.

“It just ballooned into a massive, you know, bureaucracy … under the last administration,” O’Brien told the Fox Business Network‘s Lou Dobbs.

News of the NSC headcount reduction comes amid a national whistleblower scandal in which a CIA officer working at the NSC, who used to work with former Vice President Joe Biden, approached the House Intelligence Committee to lodge a complaint against President Trump for ‘pressuring’ Ukraine into investigating alleged corruption by Biden and his son Hunter.

An actual reading of the transcript unexpectedly released by Trump revealed no such pressure – just a simple request.

Of course, a senior administration official insisted on Friday “that the cuts were not related to the leaks,” and that the staff reduction would be accomplished through attrition by not replacing people as they finish their assignments at the White House,” PBS reports.

A former staffer said there are a few areas of NSC that could be trimmed, but that some current staff members already work 60 to 70 hours a week and they worry that the job of providing the president with national security policy options will diminish as the unit shrinks. The staffer spoke on condition of anonymity to discuss the staff reductions announced at the closed-door town hall meeting. –PBS

Meanwhile, Bloomberg reported last week that some in the White House believed the NSC was leaking information that would benefit John Bolton. 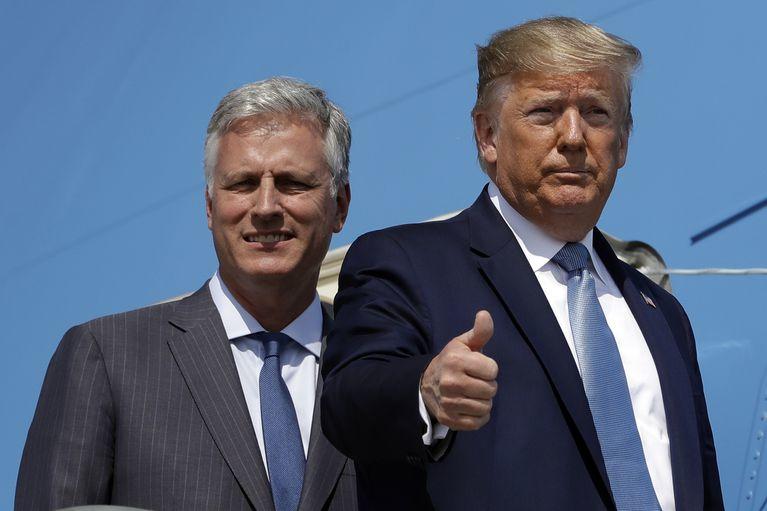