Hunter Biden is stepping down from a controversial board position at a Chinese-based private-equity company, and has vowed to forego all foreign work if his father, former Vice President Joe Biden, is elected president in 2020, according to Bloomberg. 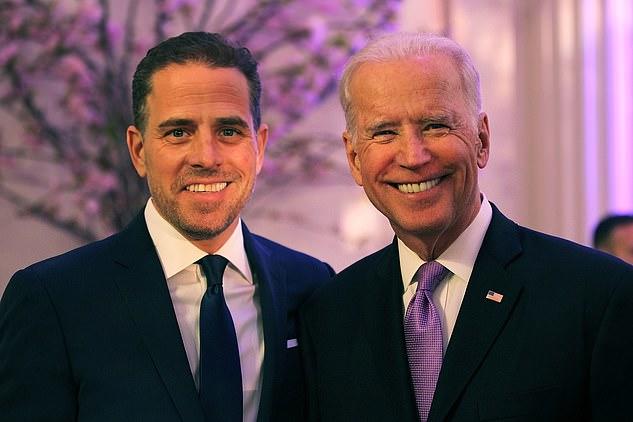 Hunter will step down from the board on Oct. 31, according to a statement released by his lawyer, George Mesires.

“Hunter always understood that his father would be guided, entirely and unequivocally, by established U.S. policy, regardless of its effects on Hunter’s professional interests,” reads the statement. “He never anticipated the barrage of false charges against both him and his father by the President of the United States.”

“Under a Biden Administration, Hunter will readily comply with any and all guidelines or standards a President Biden may issue to address purported conflicts of interest, or the appearance of such conflicts, including any restrictions related to overseas business interests,” the statement continues. “He will continue to keep his father personally uninvolved in his business affairs.“

In May, journalist Peter Schweizer accused the Bidens of corruption in both Ukraine and China – revealing that in 2013, they flew together to China on Air Force Two. Two weeks later, Hunter’s firm inked a private equity deal for $1 billion with a subsidiary of the Chinese government’s Bank of China, which expanded to $1.5 billion.

“If it sounds shocking that a vice president would shape US-China policy as his son — who has scant experience in private equity — clinched a coveted billion-dollar deal with an arm of the Chinese government, that’s because it is” –Peter Schweizer

As the accusations against Hunter mounted, he attempted to do damage control in  a July interview with the New Yorker – in which he opened up about being a crackhead and accepting a ‘bribe’ from a Chinese energy tycoon in the form of a 2.8 carat diamond worth thousands of dollars, which he says wasn’t a bribe – and admitted he and his father had spoken of his business dealings.

President Trump and his attorney Rudy Giuliani have homed in on both China and Ukraine – where Joe Biden leveraged his position as Vice President to have a Ukrainian prosecutor fired who was investigating a company whose board Hunter sat on. Bloomberg calls this claim “unsubstantiated” despite Joe Biden bragging about doing so on tape.

U.S. banking records show that Hunter Biden’s American-based firm Rosemont Seneca Partners LLC, received regular transfers into one of its accounts (more than $166k/month) from the natural gas firm Burisma Holdings that employed Hunter Biden. All of this occurred during a period when Vice President Biden was the main U.S. official dealing with Ukraine and its tense relationship with Russia.

Two years after leaving office, Joe Biden couldn’t resist the temptation to brag to an audience of foreign policy specialists about the time as vice president that he strong-armed Ukraine into firing its top prosecutor. His threat was so severe that Ukraine would have lost $1 billion in U.S. loan guarantees sending Ukraine toward insolvency. So the question is – why? Why did Joe Biden demand the immediate firing of Prosecutor General Viktor Shokin? And what did the State Department know about Hunter Biden’s dealings in Ukraine and Ukraine’s investigations into those business dealings? –SLF

Where’s Hunter? He has totally disappeared! Now looks like he has raided and scammed even more countries! Media is AWOL.

Derkach publicized documents which, as he said, “describe the mechanism of getting money by Biden Sr.” at a press conference at Interfax-Ukraine’s press center in Kyiv on Wednesday. –Interfax

“This was the transfer of Burisma Group’s funds for lobbying activities, as investigators believe, personally to Joe Biden through a lobbying company. Funds in the amount of $900,000 were transferred to the U.S.-based company Rosemont Seneca Partners, which according to open sources, in particular, the New York Times, is affiliated with Biden. The payment reference was payment for consultative services,” said Derkach.