On the surface, Wells reported Q3 results that were “not great, not terrible”: while the GAAP results were a huge miss, when one adds back a key charge, the bank reported EPS of $1.27, beating expectations of $1.15, while non-GAAP revenue of $22.0BN was also better than the $20.93BN expected.

If it ended there, it would be great. Unfortunately, it did not and one peek below the surface reveals that most of the EPS upside was thanks to an aggressive stock repurchase program that saw Wells’ shares outstanding drop by 9% in the past 12 months, artificially boosting its EPS number. 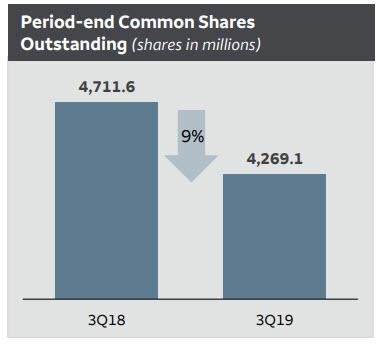 However, what was far more troubling is how the recent inversion int he yield-curve has hit Wells’ primary source of revenue – Net Interest Income. As the bank reports, net interest income tumbled $947 million, or 8%, YoY and $470 million, or 4%, sequentially. According to the bank, the decrease reflected declines from: 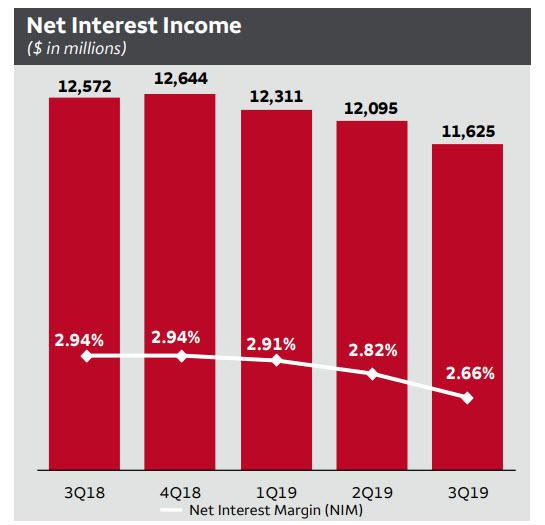 The truth? NIM tumbled as the US yield curve first flattened and then inverted. And while the bank still has a legacy portfolio that is cushioning the ongoing shrinking NIM fiasco, that will fade sooner or later at which point the zombification of European banks will hit the US.

There was more bad news: while Wells was busy adding to its total loan portfolio, which rose $10.3BN to $949.8BN in Q3, the amount of money it earned on these loans slumped, and the total average loan yield of 4.61% in Q3 was down 19 bps Q/Q and 11 bps YoY “reflecting the repricing impacts of lower interest rates.” This chart is the clearest indication yet that should the Fed continue to pressure rates, it will crippled banks that rely mostly on NIM, such as Wells. 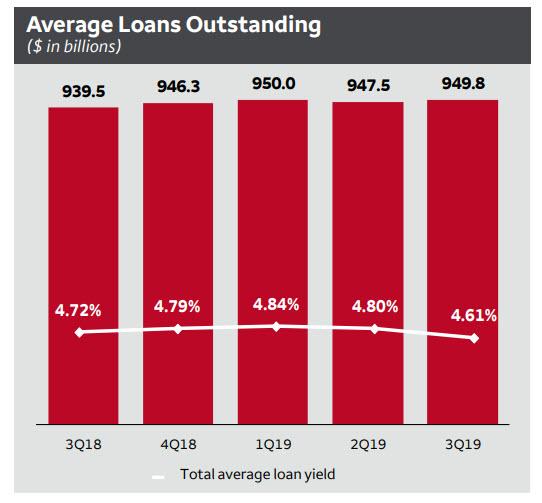 Meanwhile, as Wells was making less and less money on its loan book, it had to pay more to fund these, and in Q3 the bank reported average deposits of $1.3 trillion, up $25.0 billion, or 2% YoY as higher. The punchline: the average deposit cost rose to a new post crisis high of 71 bps, up 1bp from Q2, and up 24 bps YoY. As the spread between NIM and deposit costs shrinks, the company’s profit will keep sliding, and explains why banks were so desperate for the Fed to cut rates and resume QE. 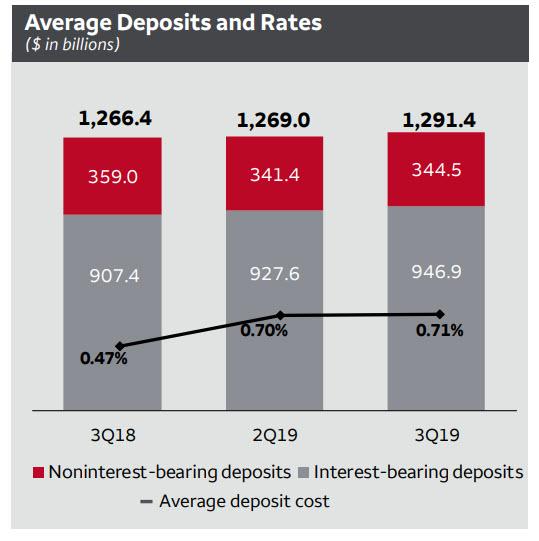 Which is not to say it was all terrible news: as a result of sharply lower rates, Wells Fargo finally saw a modest recovery in what was once its bread and butter, mortgage origination, and after hitting a post-crisis low of just $33BN in Q1, the bank’s originations surged in Q2 and Q3, with the latter number rising to $58 billion, the highest since Q3 2017. Whether this trend persists will largely depend on just how healthy the US consumer is. 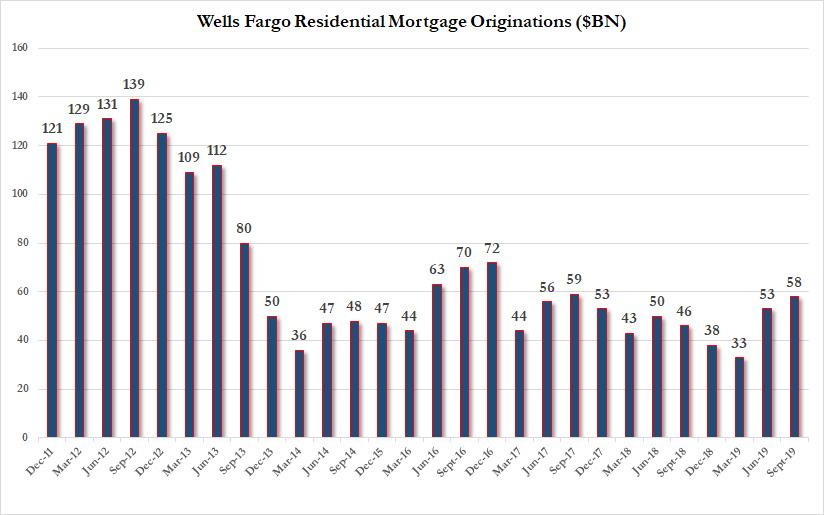