With the market’s confidence in “Phase 1”, or any other phase of the US-China trade deal plunging, and US equity markets clearly not too happy about the outcome, moments ago perhaps in response to seeing stocks trading down for the day, Trump decided to boost some “optimism” in the same trade deal that for the past year has been “going great” and was “just around the corner”, when he said that there were “wrong reports” saying that China wouldn’t start agriculture purchases until deal is signed, and that China has “started buying already from the farmers.”

Speaking to reporters at the White House during a meeting with Italian President Sergio Mattarella, Trump also said the trade deal is being papered, noting however, that the deal probably won’t be signed until he meets China President Xi at the Chile Summit on November 16 and 17.

It wasn’t immediately clear if the deal would be signed after, especially in light of China’s latest angry warning in response to legislation passed on Tuesday by the House to require an annual review of whether Hong Kong is sufficiently autonomous from Beijing to justify its special trading status under American law.

In any case, whereas in the past headline scanning algos would have reacted like stung to the news, Trump’s headlines had a very modest impact on risk, which rose modestly after the statement but has since topped, while still in the red. 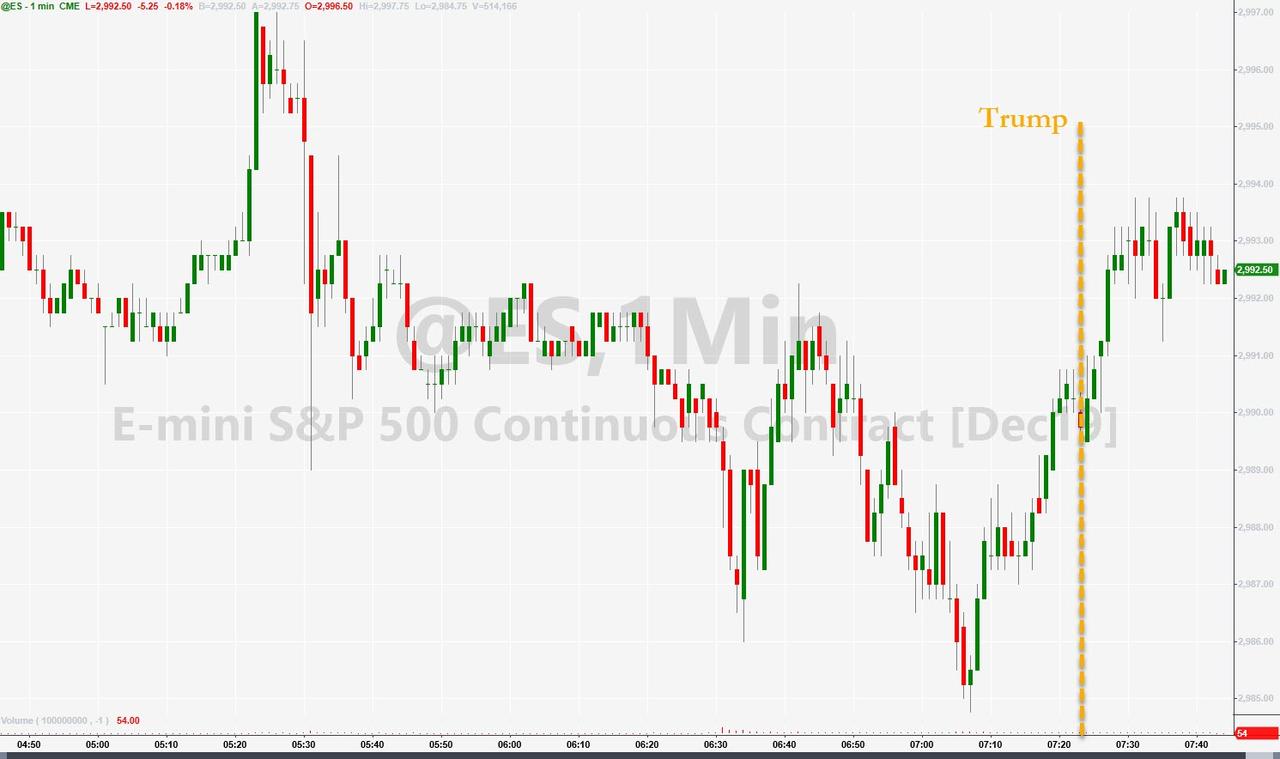