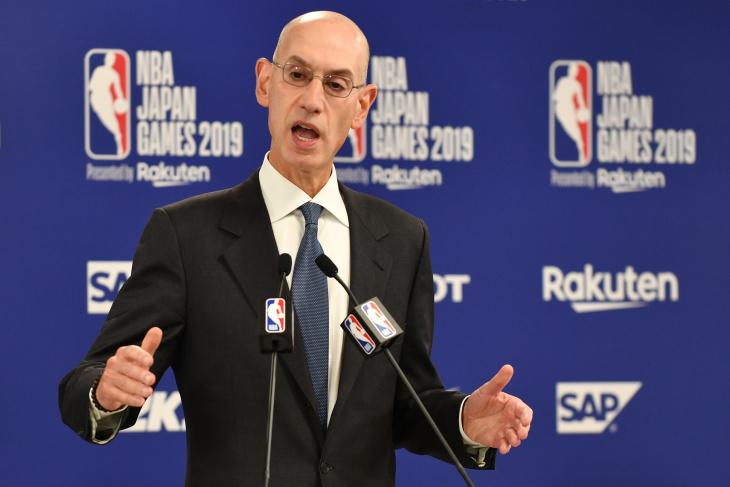 “We made clear that we were being asked to fire him, by the Chinese government, by the parties we dealt with, government and business,” Silver said in his first US interview about the league’s ongoing free speech scandal. “We said there’s no chance that’s happening. There’s no chance we’ll even discipline him.”

Speaking at the TIME 100 Health Summit, Silver noted that “The losses have already been substantial,” adding “Our games are not back on the air in China as we speak, and we’ll see what happens next.”

“I don’t know where we go from here,” Silver said, adding “The financial consequences have been and may continue to be fairly dramatic.“

Silver said that the media coverage of the NBA’s response to Morey’s tweet “frankly was confusing to me when I got home [from China]. Only because I had thought we’d taken a principled position. I thought we hadn’t so-called acquiesced to the Chinese.”

The NBA’s initial statement last week used the world “regrettable,” which Silver emphasized was describing the reaction of Chinese government officials, business executives and NBA fans in China — not the content of Morey’s tweet itself. “Maybe I was trying too hard to be a diplomat,” Silver said. “I didn’t see it as my role as the commissioner of the NBA to weigh in on the substance of the protest, but to say here’s this platform” for free expression. –Time

Silver says the NBA didn’t cave in to China’s demands, noting “These American values — we are an American business — travel with us wherever we go.”