The Vatican is leaping into the 21st century, and that means the Pope wants to track your prayers through a wearable smart device that links to a smartphone, reported Vatican News.

The Pope’s Worldwide Prayer Network launched the “Click To Pray eRosary” device and a smartphone app at a press conference on Tuesday in the halls of the Vatican.

The “smart and app-driven wearable device serves as a tool for learning how to pray the Rosary for peace in the world. It can be worn as a bracelet and is activated by making the sign of the cross. It is synchronized with a free app of the same name, which allows access to an audio guide, exclusive images, and personalized content about the praying of the Rosary,” stated the press release.

The smart device will retail for approximately $110, will be available on Amazon and the Vatican’s e-commerce store in the near term. There was no information about the exact launch date of the device. 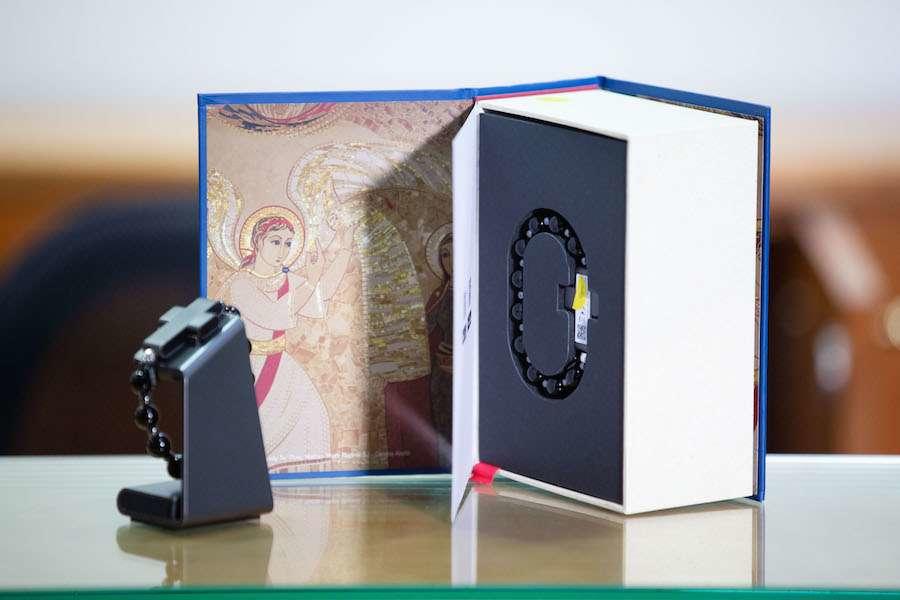 The Vatican believes the smart device is affordably priced and can reach many people around the world.

The secret purpose behind the app, not explained in the press release (of course), is that growth rates in the Christen population across the world are slowing.

So what better way in attracting new members than to target the world’s millennials through smartphones and smart devices.

Think what the printing press did for the bible in the mid-1450s, it allowed the teachings of Our Lord and Saviour Jesus Christ to spread through the world, one book at a time.

And with nearly 2 billion smartphone users across the world, the Pope is thinking big and high-tech. There will be a limited distribution of bibles via books in the future; it’ll be delivered electronically via a smartphone.

On top of that, we’re not quite sure why the Pope wants to track your every prayer.