US Diplomats Pulled Off Train In Russia

US Diplomats Pulled Off Train In Russia

Three US diplomats were removed from a train on its way to Russian cities which are currently subject to restricted access due to an early August explosion involving a failed nuclear propulsion experiment.

According to the Wall Street Journal, citing Russian media, “the diplomats were taken off the train Monday as it was bound for Nyonoksa, a closed village near the Russian Navy’s main test site, and Severodvinsk, a city that foreigners need special permission to enter.”

According to the Russian news agency, Interfax, which cited its own source, the incident occurred at around 6 p.m. Monday at the Severodvinsk station, and naval and military attachés were among the three checked and removed.

“When checking the documents, the passengers of the Nyonoksa-Severodvinsk train found three foreign citizens,” the agency’s source said.

It isn’t known what happened to the three U.S. diplomats after they were removed from the train. –WSJ

The US State Department told the Journal in an email that “the American diplomats were on official travel and had properly notified Russian authorities of their travel.” According to Russia’s state-owned TASS, however, the US diplomats broke Russian law. The outlet did not elaborate.

Seven people were killed in the August 8 explosion, including five scientists from one of Russia’s secretive nuclear research facilities, the closed city of Sarov. Nuclear fallout was detected as far as Norway, which reported that “tiny amounts of radioactive iodine” had been detected in the country’s northern region. 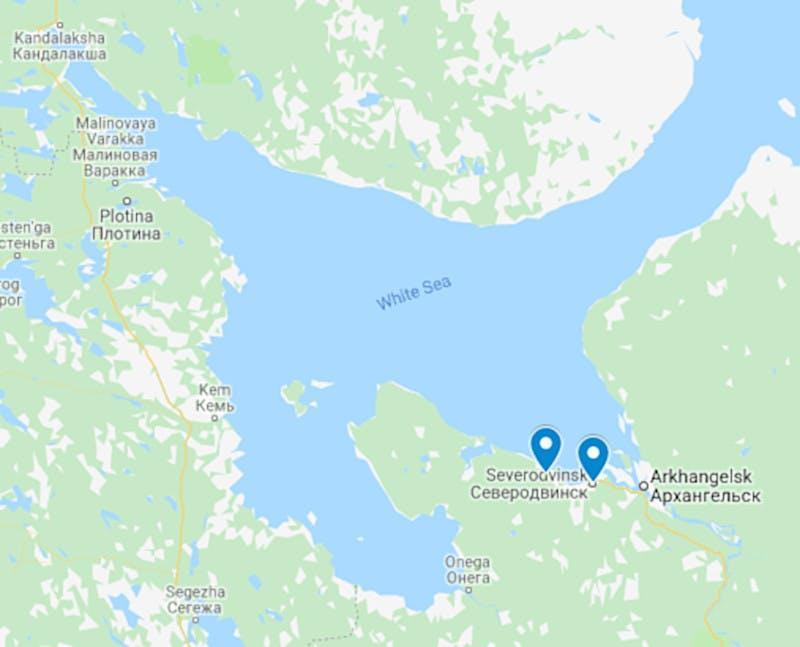 When it was immediately clear that secrecy was no longer an option, the Russian Federal Nuclear Center admitted that the agency’s work includes “miniaturised sources of energy using [fissile] materials,” President Vladimiar Putin said the explosion occurred while testing a “promising weapons system.”

Putin had first announced the experimental technology during a 2018 speech showcasing Russian defense technology developments. The chief stunning claim behind the hypersonic missile is that it can traverse the globe indefinitely at “faster than Mach 5” based on its nuclear powered core.

According to US State Department-funded RadioFreeEurope/RadioLiberty (RFE/RL), the accident likely occurred while Russia was trying to salvage a sunken missile from the floor of the White Sea.

Documents, photographs, satellite imagery, and other open-source materials reviewed by RFE/RL point strongly to an accident — most likely underwater, or just near the surface — as the cause of the August 8 blast in Nyonoksa, where Soviet and Russian military planners have conducted missile tests for decades. –RFERL