A mass exodus could be developing among major financial institutions, who seek to divest their equity sales and trading units.

Deutsche Bank and Nomura have already made it clear that they’re reviewing their trading cash equities units because of profitability concerns.

Now HSBC might follow suit, sources told Bloomberg, adding that the bank could exit stock trading in Western markets as part of a significant overhaul program. 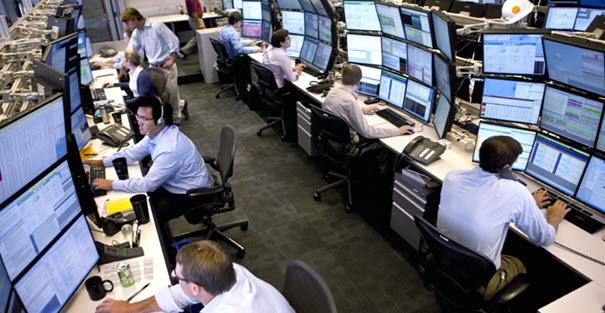 HSBC could slash trading units in the U.S., U.K., Germany, and France, in the near term, the source said. The bank’s Asian equities operations wouldn’t be affected by the overhaul.

HSBC will concentrate on the Greater China region, rather than Western markets in the 2020s, another source explained.

HSBC Chairman Mark Tucker has spent the last several years restructuring the bank. He appointed Noel Quinn, the interim chief executive, in August, as a push to continue strengthening the bank through new, innovative cost-cutting measures.

The strategy by HSBC could cut at least 45 traders in New York.

The U.K.’s Sunday Times first broke the story over the weekend, shouldn’t be a shock to Zero Hedge readers considering our coverage on how equity-trading revenue among major banks is plunging.

Goldman Sachs shares dipped earlier this week after it reported the bank’s equity desk had its worst performance in two years.

But the biggest disappointment was also what helped propel Goldman’s revenue higher last quarter, namely its “investing and lending group”, i.e. prop trading, which after reporting $2.5BN in revenue in Q2, tumbled to just $1.68BN in Q3, a whopping 11% drop from a year ago, and the lowest prop trading total since Q4 2017.

As Bloomberg puts it, while in the first half of the year, equities were doing better for most big banks and fixed income was lagging, volatility in the past quarter seems to have helped FICC revenue, while depressing equity trading.

And the difficulty behind equity trading this year comes at a time when markets are entirely disconnected from macro and are controlled by President Trump’s fake trade news, one tweet at a time. Along with the constant jawboning by global central banks as they attempt to rescue the world from a trade recession that could start as early as next year.