Japan To Send Its Own Military Force To Strait Of Hormuz

Japan To Send Its Own Military Force To Strait Of Hormuz

Ever since the new round of ‘tanker wars’ began in Strait of Hormuz in mid-June with a mysterious mine attack on multiple tankers, one involving a Japanese-owned ship, Tokyo has reportedly mulled sending a Japanese defense force to the area to help protect vital shipping lanes.

In a rare move, the pacifist nation appears ready to pull the trigger, as FT reports, citing chief cabinet secretary, Yoshihide Suga, who indicated that “the government was planning to deploy forces in a region where a Japanese tanker, the Kokuka Courageous, was recently attacked with a limpet mine.”

Japan’s Asahi newspaper also reported that the self-defense troop deployment to the vital Persian Gulf passage way comes “instead of joining the U.S.-coalition”.

Japan had been among many US allies urged to assist in forming a US-led maritime security patrol — a plan which many feared would only exacerbate tensions with Iran, only leading to war. In not joining the US-led security mission, Tokyo is ensuring it won’t damage important economic ties with Iran.

FT describes what such a Japanese expedition will likely involve:

A Japanese expedition would probably involve ships and aircraft from the Maritime Self-Defense Force. [Chief Cabinet Secretary] Mr Suga said its operations would be limited to international waters in the Gulf of Oman, the Arabian Sea and the Bab al-Mandab strait.

He said the dispatch would take place under provisions of Japanese law allowing for military information gathering and research. The pacifist constitution tightly proscribes how Japan can deploy its military and any ships it sends would use force only in self-defense.

Suga said further, “At present, there is no direct need for the protection of Japanese vessels by Self-Defense Force assets, but in any event, we’ll consider what further measures are necessary for the security of ships linked to our country.” 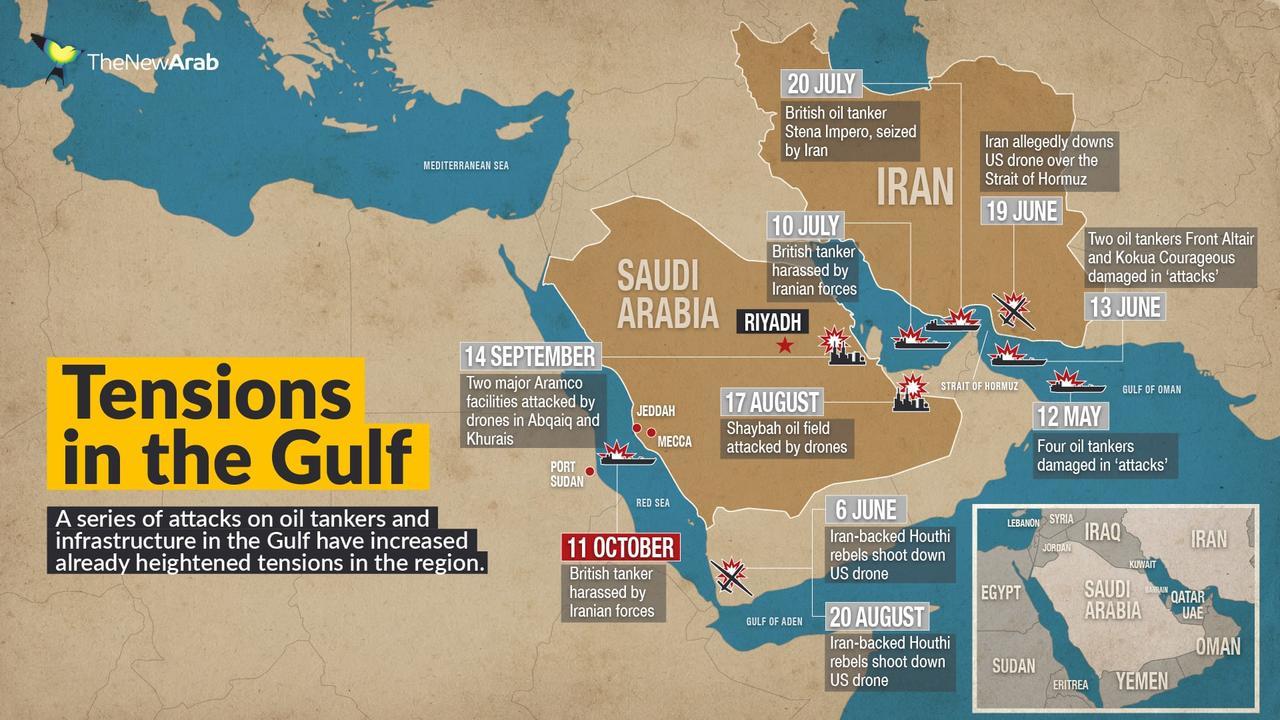 Earlier this month Defense Minister Taro Kono, while addressing the rising tensions between Western powers and Iran in the Persian Gulf, acknowledged that “80 percent of Japan’s crude oil imports come through the Strait of Hormuz.”

After he spoke to his Iranian counterpart by phone at the time, the defense minister told reporters: “The stability of the region is directly connected to Japan’s energy security.”