Here’s Why 97% Of Congress Get Re-Elected Each Year

Here’s Why 97% Of Congress Get Re-Elected Each Year

How is 97 percent of Congress able to get re-elected each year even though only 17 percent of the American people believe our representatives are doing a good job? 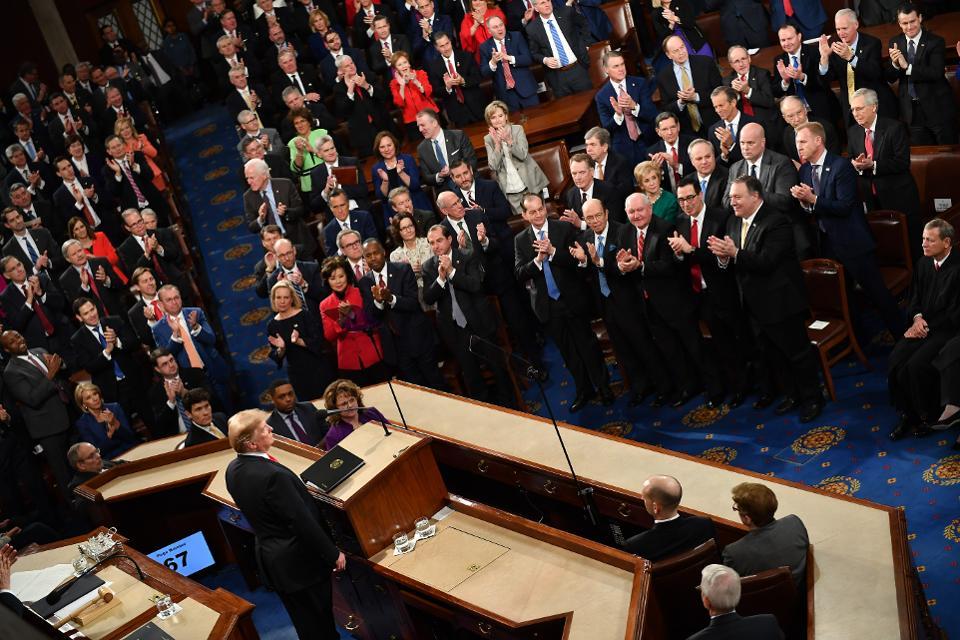 It’s called an incumbent protection system. Taxpayers have a right to know how it works.

Recently, our auditors at OpenTheBooks.com, mashed up the federal checkbook with the congressional campaign donor database (source: OpenSecrets.org). We found powerful members of Congress soliciting campaign donations from federal contractors based in their districts.

We followed the money and found a culture of conflict-of-interest. The confluence of federal money, campaign cash, private employment, investments, prestigious committee appointments, political power, nepotism, and other conflicts are a fact pattern.

Furthermore, members of Congress own investment stock in, are employed by, and receive retirement pensions from federal contractors to whom they direct billions of taxpayer dollars.

Seven years ago, Larson’s wife got a state job from the wife of a campaign donor, who was also the state insurance commissioner. She beat out 199 other candidates and was the only one to fill out a job application. Since her hiring, she’s earned an estimated $600,000 in cash compensation.

Rep. Tom Cole (R-OK4): The Chickasaw Nation and affiliates are the #1 campaign donor to Cole’s committee ($258,461). The Nation received $700 million in federal grants and $434,000 in surplus military equipment from the Pentagon, including mine-resistant vehicles, night vision goggles, mine-detecting sets, and rifles that shoot .308 rounds. Cole is a ranking member on House Appropriations. 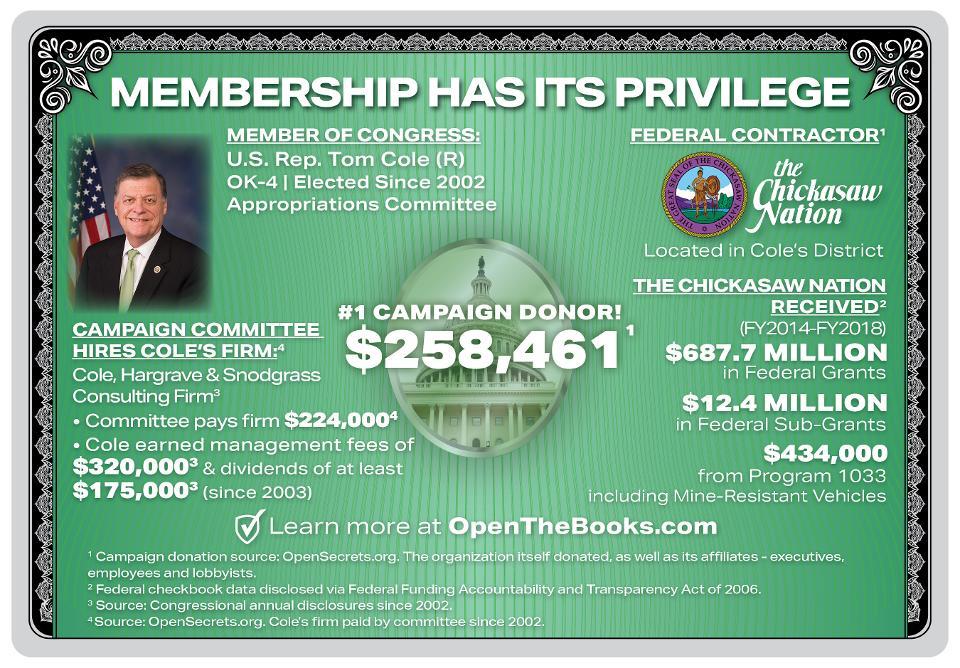 The Chickasaw Nation responded regarding their donations and any perceived conflict-of-interest issues with Rep. Tom Cole:

As an active participant in the political process working to enhance the quality of life of our citizens, we support candidates who have similar policy views.

Mr. Cooper was employed by Vanderbilt during the period 2005 through 2017 and disclosed earnings of $250,500 in cash compensation. He made between $20,000 and $23,500 a year teaching a graduate level class in Vanderbilt’s HealthCare MBA program at the Owen Graduate School of Management as an adjunct professor.

In 2019, Noem was sworn in as governor of South Dakota. She’s appointed two Sanford executives to head up state agencies. Noem’s transition chief was a Sanford lobbyist.

Rep. Debbie Dingell (D-MI12): Although Dingell wasn’t elected to Congress until 2014, a member of the Dingell family has held MI-12 congressional seat for 86 years.

The executives and employees of the University of Michigan (U-M) are the #1 campaign donor to Dingell’s committee ($61,502). This is despite the fact that Dingell sits on two prominent U-M boards: the Ford School of Public Policy and the Depression Center. Trustees and university employees of those boards have donated to her campaign.

One of Dingell’s duties on the board of the Ford School is to help the school raise money and network.

Dingell is a ranking member of the House Energy and Commerce Committee. On March 21, 2019, she signed an earmark letter to the Department of Transportation (USDOT) in support of $7.5 million in grants to U-M and other partners regarding research on self-driving cars. In a press release, Dingell took credit that USDOT authorized the grant in August 2019. 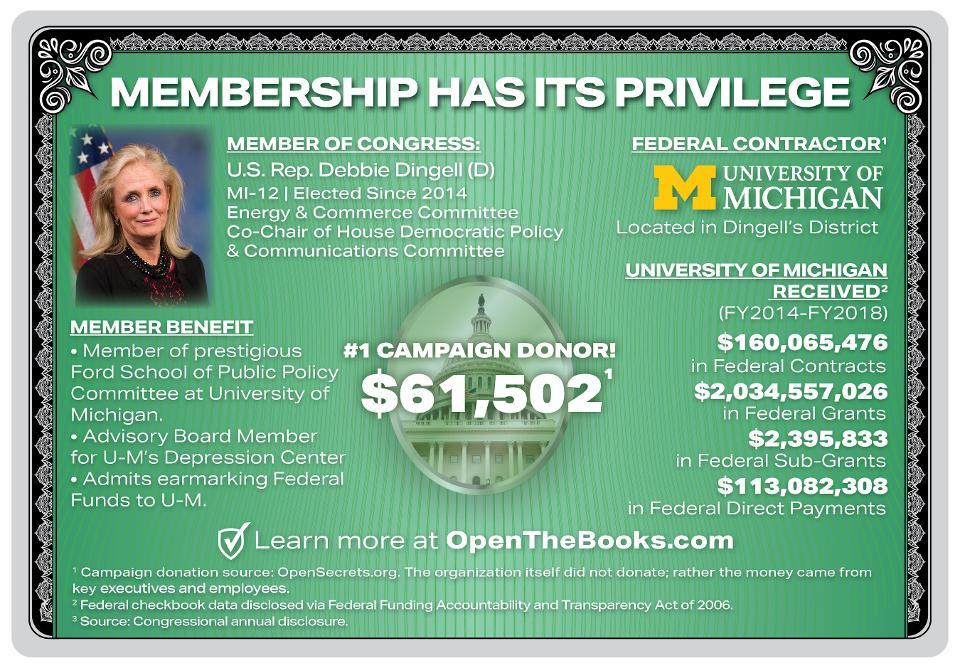 The University of Michigan responded regarding their donations and any perceived conflict-of-interest issues with Rep. Debbie Dingell:

Our employees are free to make personal campaign contributions to any elected official they may wish to support.

Nothing we discovered is illegal. At arms-length, all of the transactions are legal. And that’s the problem.

We polled our subscribers and 1,900 people responded: 96 percent thought it was unethical for a member of Congress to solicit campaign donations from federal contractors based in their districts. Furthermore, 92 percent said it was an important or very important issue.

The American people get it. Members should refuse to accept campaign donations from federal contractors and their affiliates.

Note: A request for comment was sent to all members and contractors mentioned in this piece. No members of Congress responded to our comment requests. Contractor respondents included: The University of Michigan, full comment, here; The Chickasaw Nation, full comment, here. Sanford Health didn’t respond to this request, however, they issued this comment earlier, here.