After several weeks of peace in Hong Kong, tens of thousands of protestors took to the streets over the weekend and participated in an illegal march that led to hundreds of stores trashed, Chinese banks targeted, and several metro stations firebombed, reported Reuters.

At the start of the weekend, Hong Kong Police denied pro-democracy protestors the right to march through an upscale shopping district.

Then by Sunday, thousands of black-clothed protesters clashed with police, exchanging tear gas and petrol bombs that sent the city into chaos once more.

There were several other reports that protestors used petrol bombs and targeted metro stations in the city.

Protesters rush away from a section of Nathan Road after the water cannon truck fires blue liquid. Some have hit reporters.#hongkong #hongkongprotests pic.twitter.com/R2kGnotpVt via HongKongFP

Protestors targeted hundreds of shops and even damaged Chinese banks.

This weekend’s violence is due to pro-democracy leader Jimmy Sham, who was attacked earlier in the week, which left him in critical condition in the hospital.

Here’s the moment when Hong Kong activist Jimmy Sham (#岑子杰) was taken to the hospital with bloody head injuries.

The #HongKongProtests organizer was attacked by men wielding hammers on Wednesday night pic.twitter.com/vmRaK4rFcJ

As protestors continue to battle police into the overnight, road barriers have been set on fire, and stores are being trashed in several Kowloon districts, said police. 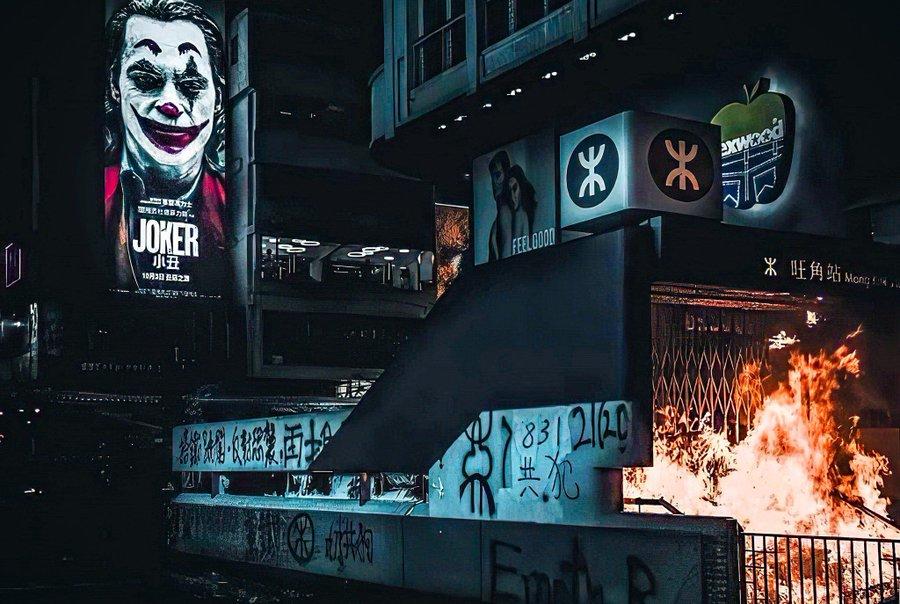 Reuters spoke with a protestor who said the government is now denying demonstration permits to prevent demonstrations from growing in size.

“The government pretends we just want to destroy the city. We’ll be out for as long as it takes to let the world know it is them who are destroying it,” a demonstrator named Ray told Reuters.

Violent protests began over the summer when Hong Kong proposed a new law that would allow Beijing to extradited criminals to mainland China. 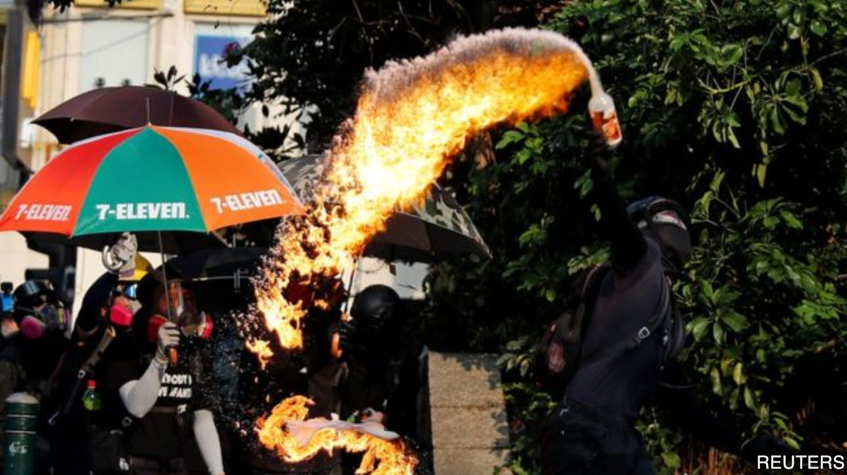 Hongkongers take pride in their legal system and personal freedoms, which is dramatically different than communist China.

China has shown in recent years that it seeks greater control over Hong Kong.

The extradition bill was scrapped in early September, but that hasn’t stopped violent demonstrations into fall.

Protesters view Hong Kong’s leader Carrie Lam as an agent of Beijing and will likely not stop protesting until she is removed from power.

And to make things more complicated in the days ahead, US lawmakers late last week sent a clear message to Beijing that it will support protestors via a new bill. 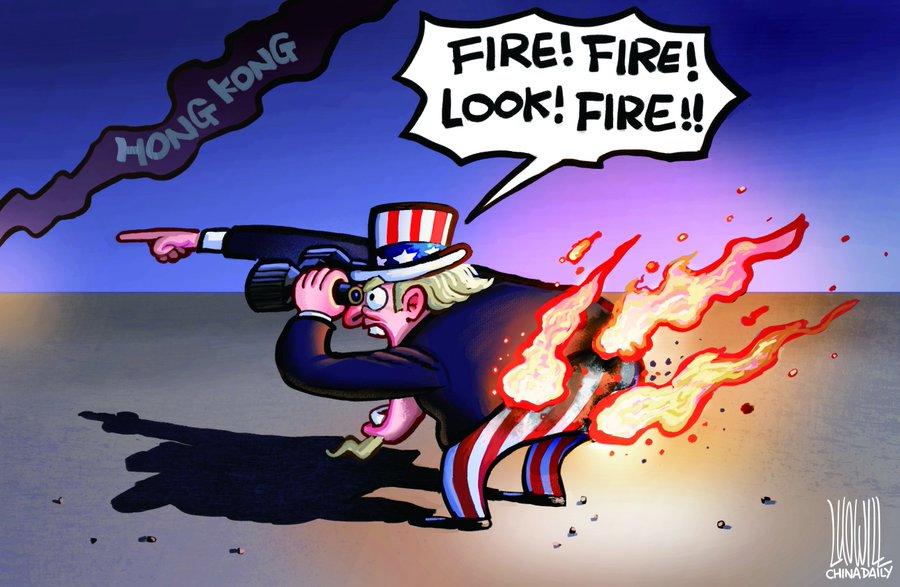 While Hong Kong burns this weekend, so is Santiago, Chile; so is Barcelona, Spain, and there are even climate change protests that are starting to get out of control throughout Europe.

There’s so much chaos in the world right now. Violent protests in Chile, Lebanon, hong kong and azerbaijan, buildings and tree on fire, the Kashmir curfew and probably many more things that we aren’t even aware of. I don’t even know what to say. It’s just really sad.

Populism is sweeping across the world, and a lot of this anger and frustration with young people is due to flawed monetary policy by central banks that have produced the widest wealth gap in the history of the world.

It’s only a matter of time before US millennials figure this out, they too will be marching in the streets once they know the truth as to why they only have a shitty gig-economy job, no savings, and insurmountable student debt.