Witches across the United States are preparing to cast a coordinated “binding spell” on President Trump on October 25 – their third such attempt. 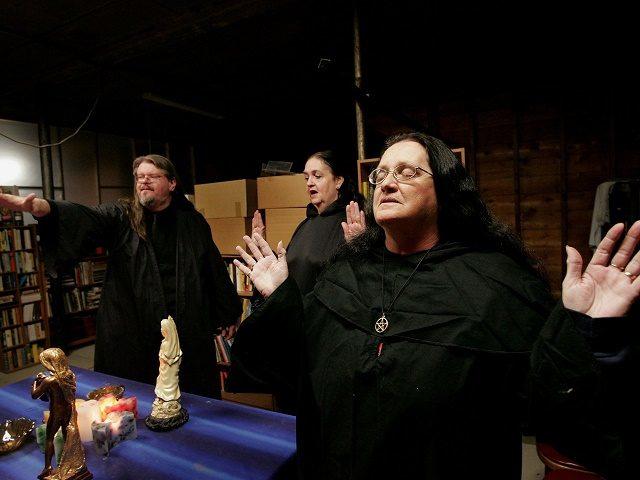 According to the Boston Globe, the so-called #MagicResistance first sought to bind the president in 2017. Since then, they have attempted to do the same to Supreme Court Justice Brett Kavanaugh, as well as “Hex the NRA.”

“I’m willing to go on record and say it’s working,” the spell’s inventor, Michael Hughes, told the Washington Examiner. “Knowing thousands of people are gathering together at the same time from all over the world to do this ritual and to put our beliefs and our desires into sharp focus, and to do that ritualistically, I think that has a really powerful effect.”

And as the Daily Caller reports, “The ingredients for the binding include an unflattering photo of Trump, a tarot card, a stub of an orange candle, a pin, and a feather.”

Last year, a group of “real” witches took umbrage with President Trump’s repeated use of the term “Witch Hunt” to describe the Russia investigation.