Julian Assange’s extradition trial will move forward in February 2020 after a London judge denied his request for a 90-day extension to submit evidence and formulate his claim that “unprecedented” charges against him are politically motivated.

Judge Vanessa Baraitser of the Westminster magistrates court refused the request, which the United States opposed. The 48-year-old Assange faces 18 counts in the US, including conspiring to violate an espionage law and assisting whistleblower Chelsea Manning with hacking into classified Pentagon computers. The Wikileaks founder could face up to 175 years in prison if convicted. In June, former Home Secretary Sajid Javid signed Assange’s extradition order.

As he entered the dock, on his third public appearance since his arrest in April, people in the packed public gallery raised their fists in solidarity. The former London mayor Ken Livingstone and the journalist John Pilger were among those in attendance. –The Guardian

After his request was denied, Baraitser asked if Assange understood the events in court, to which he replied: “Not really. I can’t think properly.”

“I don’t understand how this is equitable. This superpower had 10 years to prepare for this case and I can’t access my writings. It’s very difficult where I am to do anything but these people have unlimited resources,” Assange continued. “They are saying journalists and whistleblowers are enemies of the people. They have unfair advantages dealing with documents. They [know] the interior of my life with my psychologist. They steal my children’s DNA. This is not equitable what is happening here.”

Approximately 100 activists protested outside, chanting “Free Julian Assange” and “No extradition, there’s only one decision.”

Assange’s supporters converge on van thought to be returning the Wikileaks founder to Belmarsh prison pic.twitter.com/qaHzM4tBA7 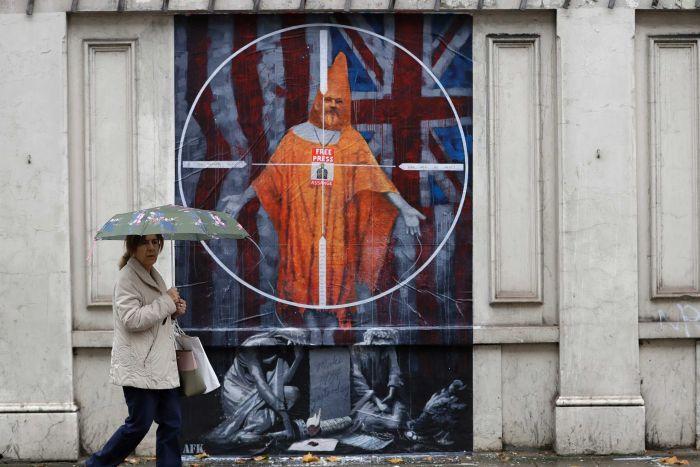 Assange attorney Mark Summers claims the US has been spying on Assange, and says there is a link between the “reinvigoration of the investigation and Donald Trump’s presidency,” according to The Guardian.

“This is part of an avowed war on whistleblowers to include investigative journalists and publishers,” said Summers. “The American state has been actively engaged in intruding on privileged discussions between Mr Assange and his lawyer.”

He referred to reports that Spanish courts are investigating a security company that allegedly worked in conjunction with the US to “obtain information by unlawful acts, thefts and clandestine surveillance within the Ecuadorian embassy … with increasing intensity from 2017 onwards”, and asked for more time to prepare evidence for the case.

The prosecutor James Lewis QC, representing the government, said he strongly opposed Assange being given more time to prepare evidence, pre-empting their later request. –The Guardian

“The British government and the EU must both reject this extraterritorial political persecution,” she said.

Assange was jailed for 50 weeks last may after a multi-year stay at the Ecuadorian embassy in London starting in 2012 – where he sought safety as Sweden sought to extradite him for questioning over sexual assault claims.