Bridgewater founder Ray Dalio continues to pitch the idea that the global business cycle is headed for economic doom, sort of like what happened in the 1930s. Dalio warns of populism and nationalism spreading throughout the world and is most analogous to the years before World War II.

History seldom repeats, but there are instances where it rhymes — and maybe Dalio is right about the direction the world is headed.

As the rise of nationalism and populism flourishes throughout Europe, several reports, mostly from French sources, say for the first time since 1934, a publisher in France will start selling “Mein Kampf” (“My Fight”), the book written by Adolf Hitler in 1925.

The book will be released to the public in France in 2020, will be accompanied by a critical edition written by fifteen French and German historians, reported Le Journal du Dimanche. 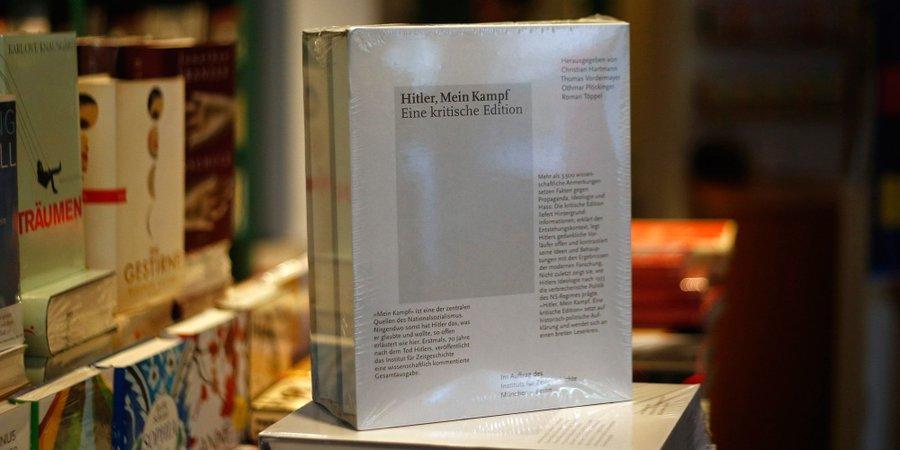 Initially, the reissue of “Mein Kampf,” was announced in 2015, but the news of it caused a tremendous uproar that plans for reissue were quickly shelved by publishing house, Fayard. “The Fayard publisher intends to carry out as planned the publication of “Mein Kampf “- which falls into the public domain in January 2016 – in a new translation by Olivier Mannoni that will be authoritative,” said the publisher in 2015.

The book is “considered as one of the engines of Nazism,” is “struck with a kind of taboo because we are so afraid of the lies it contains that we refuse to talk about it,” Mannoni said in 2015.

News of the reissue circulated Twitter like wildfire last week. Many users agreed that the new book could be a terrible idea.

Some users said the book is already available online. Amazon is selling several translations for under $20.

The book was banned in Germany for seven decades for its anti-Semitic text before it was reissued in 2016.

The rhythm of the 1930s is possibly getting louder, well, at least maybe in Dalio’s mind.

But there are similar trends of populism and nationalism gaining momentum in Europe and across the world at the moment — similar to what was seen in the 1930s when “Mein Kampf” circulated across Europe.

Today, like the 1930s, failed central banking across the world could be leading to the next global downturn. Failed monetary policy has produced the widest economic inequality between rich and poor on record, another reason for the rise of nationalism and populism. On top of it all, the threat of war in certain parts of the world is the highest ever.

And with that being said, the last time “Mein Kampf” was printed in France, populism and nationalism were soaring, several years before World War II. Does all of this mean that the 2020s will be an extremely volatile period for the world?