With cable reversing all weekend losses, and spiking overnight on “optimism” that a Brexit vote could be held as soon as today, moments ago House of Commons speaker John Bercow blocked the government’s bid to hold a meaningful vote, thwarting Boris Johnson in his latest attempt to put his Brexit deal to a fresh vote in Parliament after suffering a defeat for his strategy on Saturday.

“Today’s circumstances are the same in substance as Saturday’s,” he says.

In rejecting BoJo’s submission for a meaningful vote Monday, notorious Bremainer Bercow cited a parliamentary rule dating back to 1604 under which the government cannot repeatedly ask Parliament to vote on the exact same motion.

“It is clear that the motions are in substance the same,” Bercow said. “My ruling is therefore that the motion will not be debated today as it would be repetitive and disorderly to do so.”

While cable rebounded earlier on hopes of a substantial vote to be held today, it has failed to slide, and traded just shy of the key 1.3000 level … 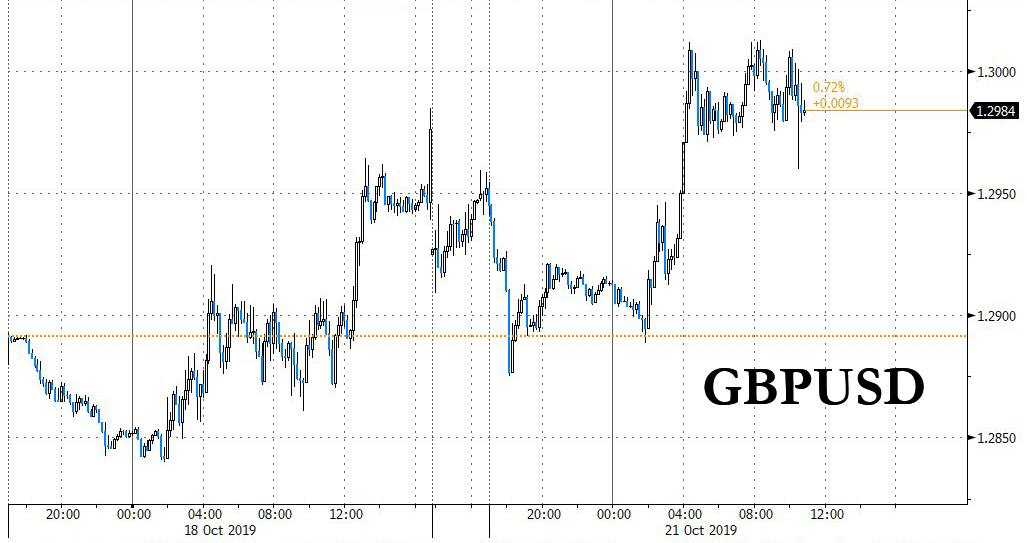 … perhaps because on Sunday, ministers said the government has enough support in Parliament to get Johnson’s Brexit deal ratified. They may be in for a major surprise as the one thing UK parliament has demonstrated, is it is completely unpredictable.