This was not supposed to happen.

After the Fed rolled out the big artillery in response to the sharp, sudden mid-September funding squeeze (which we now know had virtually nothing to do with last month’s tax payments or other one-time events such as the Treasury’s cash rebuild), including the return of both overnight and term repo operations, and culminated with the Fed’s relaunching of QE which would be used to permanently increase the balance sheet with $60BN in T-Bills every month in order to replenish reserves (because we live in a bizarro world where $1.4 trillion in bank cash is not enough for the smooth functioning of bank plumbing), moments ago we got the latest indication that the dollar funding shortage is again getting worse – despite the market having priced in the Fed’s rollout of the “kitchen sink” to ease funding conditions – when the Fed announced that it had its first oversubscribed Term Repo operation since the funding crisis erupted in September.

Specifically, while the Fed’s 2-week term repo operation was capped at $35 billion as has been the case for the past week, dealers submitted $52.2BN worth of securities ($39.9BN in TSYs, $12.3BN in MBS)… 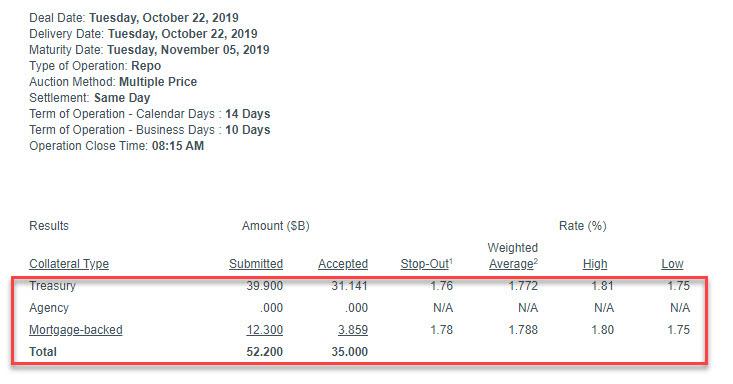 … making today’s term operation 1.5x oversubscribed, which was the first overallotted operation since the second term repo at the start of the funding crisis on Sept 26. 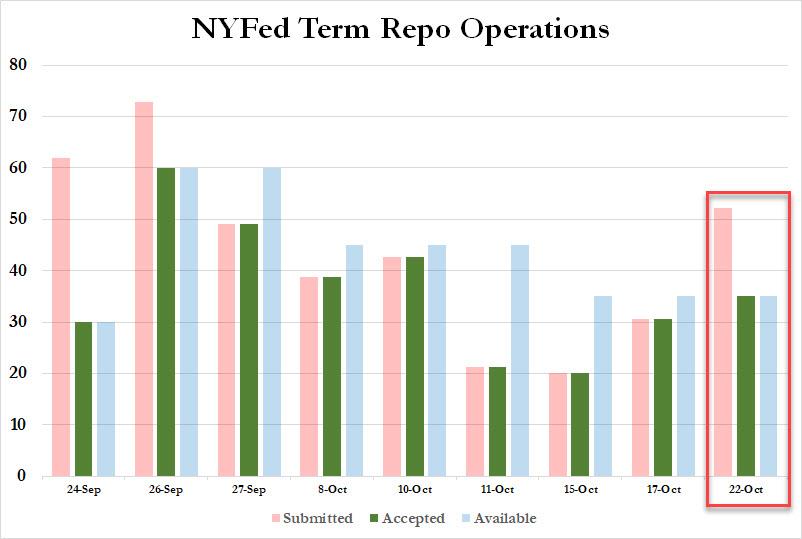 Needless to say, if the funding shortage was getting better, this operation would not be oversubscribed. The only possible explanation, is someone really needed to lock in cash for Halloween (the maturity of the op is on Nov 5) which is when a “No Deal” Brexit may go live, and as a result one or more banks are bracing for the worst.

Meanwhile, tensions weren’t evident only in term repo, because today’s overnight G/C repo operation which concluded minutes after the term operation, also showed an increased uptake, with $64.9BN in securities submitted, up from $58.15BN yesterday, if still just over $10BN shy from hitting the operation’s $75BN ceiling. 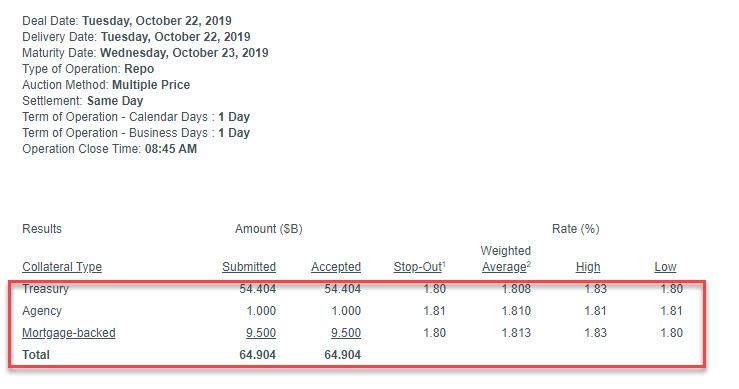 At the current rate of market tightening, we expect an overnight repo to be oversubscribed in the next few days. 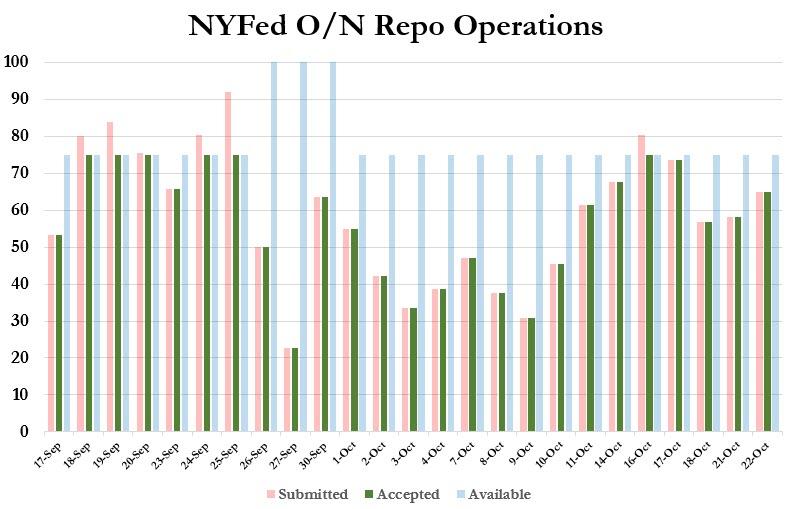 And now we await today’s T-Bill Pomo result for the final proof of funding deterioration, as we expect today’s operation will be the most oversubscribed yet confirming that dealers are scrambling to convert their “safe” assets into dollars as fast as possible.