Justin Trudeau has overcome a raft of scandals, ranging from the juvenile and relatively benign (the ‘blackface’ scandal that erupted last month after Time magazine published photos of Trudeau wearing brown face paint at a costume party in 2001), to the blatantly corrupt (he and his aids tried to impede the criminal prosecution of SNC Lavalin, an engineering firm based in Quebec), and won a second term as Canada’s prime minister. 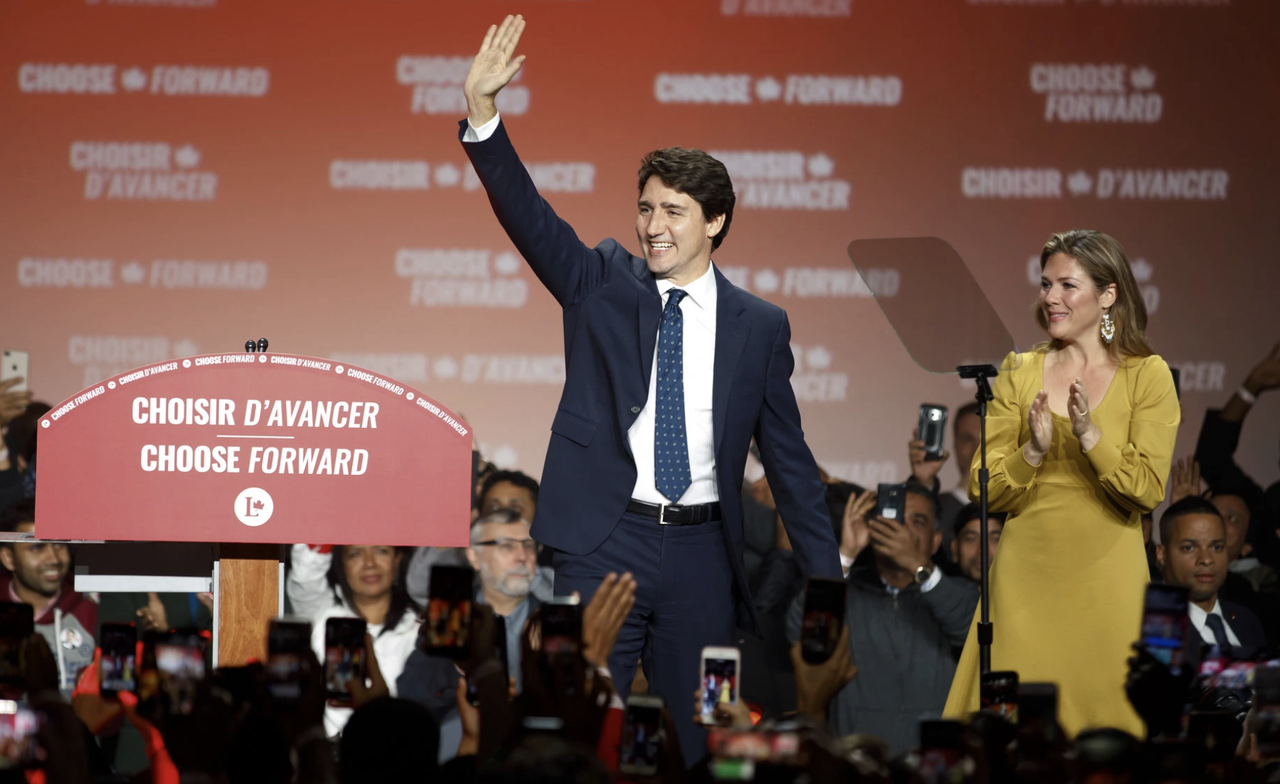 The final results were released late Monday evening: Despite losing the national popular vote, Trudeau’s Liberal Party won 156 seats, giving them a clear plurality of the vote. However, Trudeau’s government will lose its outright majority, meaning that Trudeau will need to rely on votes from opposition parties to pass his agenda (the threshold for a majority in Canada’s House of Commons is 170).

The Liberals had 177 seats when Trudeau dissolved Parliament 40 days ago at the start of the official campaign season. 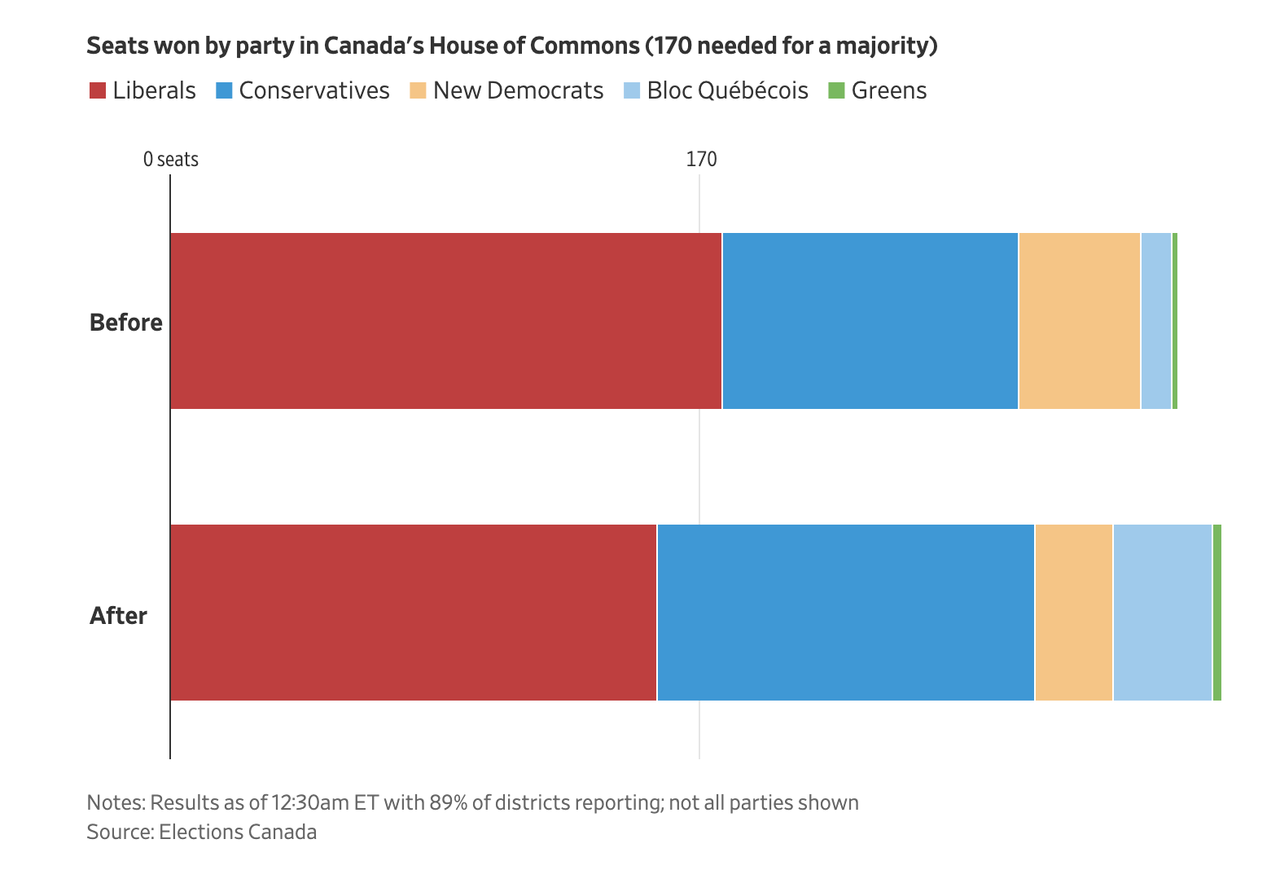 Though he has established himself as an icon of liberal values and multiculturalism, Trudeau’s ostensible commitment to feminism and bolstering the rights of minorities was exposed as cynical political posturing by the series of scandals that marred the final year of his first term.

His party lost its lead in the polls during the final weeks of the election, as several images of a young Trudeau wearing blackface surfaced, leading the PM to embark on a national apology tour that featured this cringe-worthy moment where Trudeau tries to explain what he did and apologize to a group of kids (because “what kind of monster lies to a child?“).

Though Trudeau managed to prevail over his conservative rival Andrew Scheer, the enthusiasm that helped his Liberals retake the majority after a decade out of power back in 2015 was clearly lacking this time around. As one pollster told WSJ, Trudeau has lost the luster of progressive icon, and has instead become “just another politician.”

“Trudeau has become just another politician – and a flawed one at that,” said Darrell Bricker, president of Ipsos Public Affairs, a polling firm.

Ipsos found that during the final weeks of the campaign 57% of Canadians didn’t approve of the job Trudeau was doing.

To be sure, Trudeau pulled out all of the stops during his campaign. Sensing his old friend might be in trouble, former President Barack Obama made an unprecedented endorsement by saying he backed Trudeau for a second term.

Then again, winning back-to-back majorities is a relative rarity in Canadian politics. It hasn’t been done since the Liberal government of Prime Minister Jean Chrétien back in the 1990s.

During his victory speech, given half in English, half in French, Trudeau thanked his supporters, and insisted that he now had a clear mandate to continue with his Liberal Party’s program, adding that Canadian voters had rejected the “austerity” pushed by the Conservatives.