The National Center for Health Statistics’ latest annual report dropped Wednesday morning. And like reports from the last few years, the takeaway from this year’s batch of numbers is this: American men are in trouble.

Another drop in life expectancy for that demographic has brought the average life expectancy for American men to 76.1 years in 2017, the year for which the data have been finalized and released. That’s compared with 76.5 in 2014, according to the data – a not-insignificant drop.

Once they reach age 65, men are projected to live another 18.1 years, compared with 20.6 years for women, according to Bloomberg, which cited data from the study. 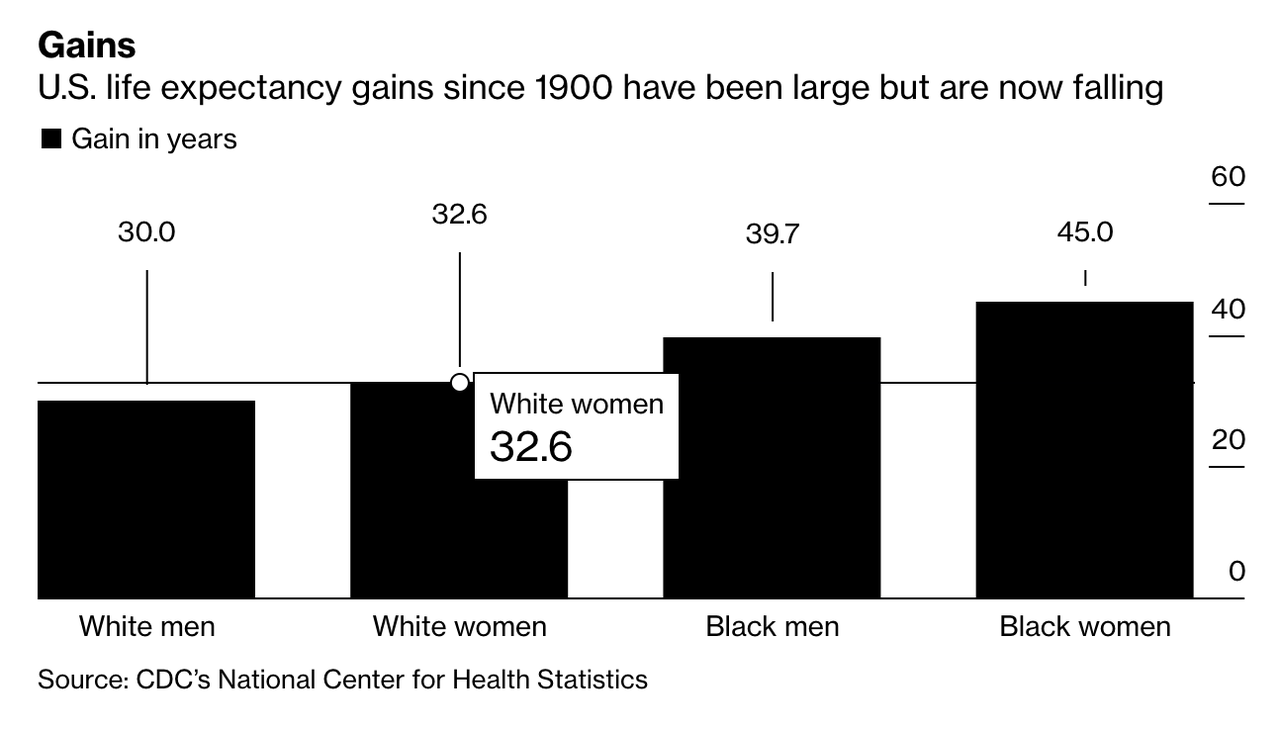 Of course, the biggest driver of these falling life-expectancy rates isn’t gun violence – though, based on the mainstream media’s coverage, one might have reason to think that. No, the biggest force behind what’s killing more young, (mostly white) men is what they call “deaths of despair.” That is, suicides, overdoses and any deaths stemming from mental health or substance-abuse issues.

The opioid crisis hammered the US with the arrival of fentanyl in the illicit drug supply around 2007, and between then and 2017, the mortality rate from drug overdoses increased by a staggering 82%, to 21.7 deaths from 11.9 per 100,000.

Nationwide, the overdose rate for males has risen twice as much as the overdose rate for females, as the opioid epidemic has moved from the inner cities to the suburbs, ensnaring a generation of white men. According to the report, the recent increases were especially pronounced among men aged 25–34 and 35–44. 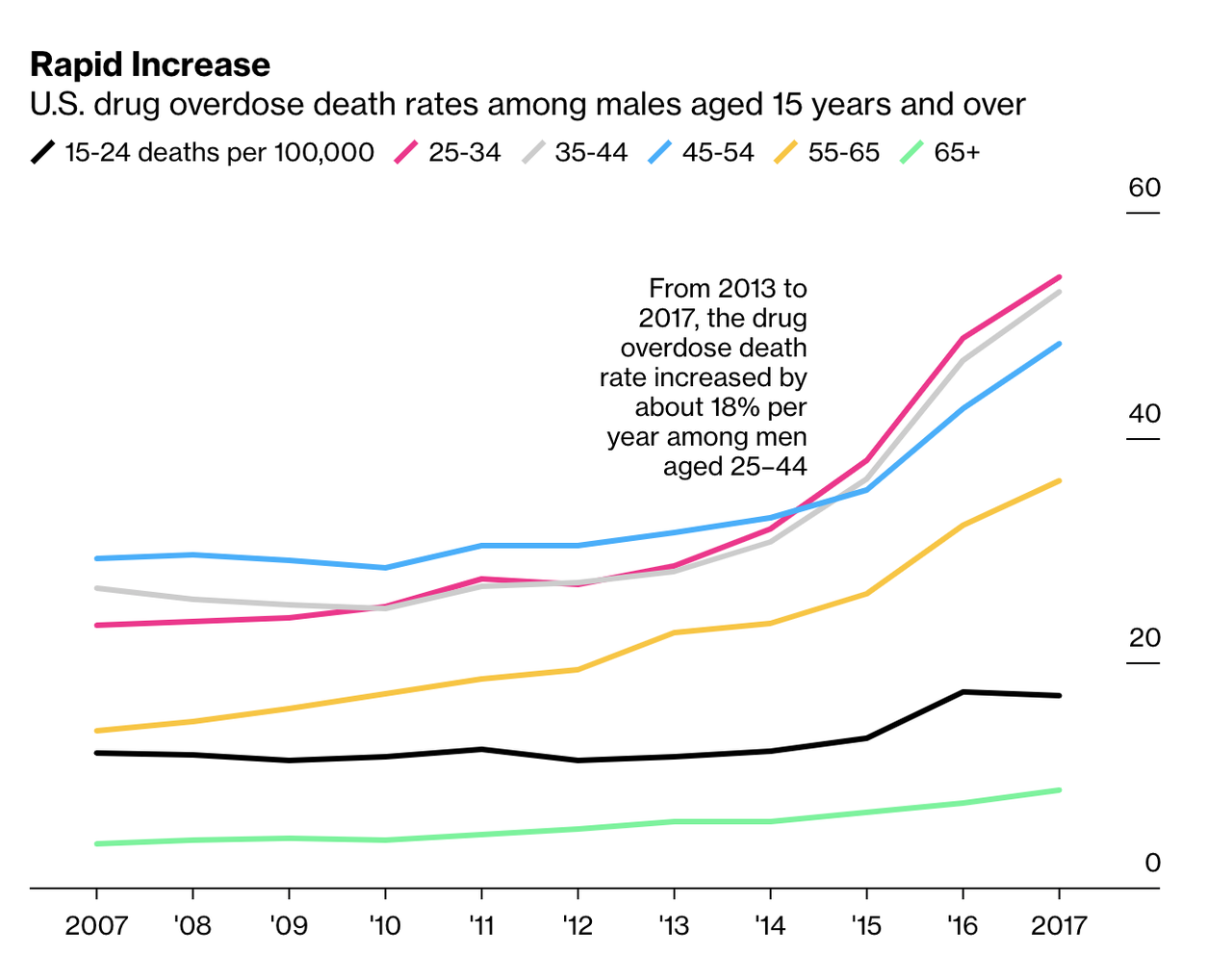 But drug overdoses and suicide aren’t the only factors impacting the health of Americans. Obesity and other chronic health conditions are taking their toll. As BBG says, many Americans are suffering from poor health, and about one-third of adults suffer from a condition that limits functionality.

This will become a serious problem as the population ages. The number of adults age 65 and over struggling with poor health, which impacts families and increases pressure on health services and social care, increased from 14.7 million in 2010 to 20.4 million in 2017.

Not all data were negative: For example, there was some improvement last year in the number of American adults who delayed medical care, typically a group that encompasses some of the poorest Americans. Only 7.4% of Americans delayed or did not receive needed medical care due to the cost involved in 2017, that figure is down from 10.9% in 2010. And on a per capita basis, Americans spent $10,739 on health expenditures in 2017.

Nock and Mencken on Democracy and Equality

Where Have You Gone, Smedley Butler? The Last General To Criticize US Imperialism