Two months after Uber decided to ignore new ignore new California legislation requiring companies to reclassify contract workers as employees – a measure which would affect up to one million residents who work as contractors and drastically impact Uber’s bottom line – more states are lining up to demand a pound of flesh from the world’s formerly most valuable startup (and subsequently one of the year’s worst IPOs).

On Thursday, New Jersey picked up where California left off and found that Uber owes the state about $650 million in unemployment and disability insurance taxes because the rideshare company has been misclassifying drivers as independent contractors, the state’s labor department said.

As Bloomberg reports, Uber and its subsidiary Rasier LLC were assessed $523 million in past-due taxes over the last four years, the state Department of Labor and Workforce Development said in a pair of letters to the companies. The rideshare businesses also are on the hook for as much as $119 million in interest and penalties on the unpaid amounts, according to other internal department documents.

The New Jersey labor department has been after Uber for unpaid employment taxes for at least four years, according to the documents, which Bloomberg Law obtained through an open public records request. The legal battle goes back to 2015, when New Jersey first informed Uber that it had obtained a court judgment ordering the company to pay about $54 million in overdue unemployment and temporary disability insurance contributions. It’s not clear whether the company ever paid any of that bill.

While the debate over whether an Uber driver is an employee or an independent contractor will have profound implications for the coming years across the US, in New Jersey the state’s determination was limited to unemployment and disability insurance, but it could also mean that Uber is required to pay drivers minimum wages and overtime under state law.

As a result, if ride-sharing companies are forced to reclassify workers as employees, Uber’s and Lyft’s costs per driver could jump by more than 20%, Bloomberg calculated.

To be sure, the ridesharers’ rapid success is emerging as their biggest enemy as states are now scrambling to extract as much cash from the business models. And there is no greater threat than having to reclassify workers – the biggest expense – from contractors to full-time employees. As such, the NJ notice marks the latest attack on the rideshare companies’ business model, which treats drivers as self-employed entrepreneurs rather than employees — a classification that deprives the workers of certain benefits.

As we discussed in September, Uber and Lyft pledged $30 million each to fight a new California law that is expected to force them to reclassify drivers as employees. They’re also prepping for a similar lobbying battle in New York, where lawmakers are planning to take up gig worker legislation next year. They will end up having to spend far, far more if they hope to prevail as the windfall to the state, as NJ just showed, could approach a billion dollars.

In fact, if taken to an extreme, such accrued obligations could cripple the companies.

“I expect we may see more of this,” Shannon Liss-Riordan, an attorney who has sued Uber on behalf of drivers in California and Massachusetts, said of New Jersey’s tax claim against Uber. “Uber and Lyft, by misclassifying drivers, are harming not only the drivers but also the states and the public at large. The money that they’re not paying into the unemployment and disability systems is being picked up by the states and the taxpayers.“

When reached by Bloomberg, the NJ state labor department declined to comment on the Uber situation, but Labor Commissioner Robert Asaro-Angelo said in a prepared statement that “cracking down on employee misclassification” is a “priority” for Gov. Phil Murphy’s (D) administration.

“For those who say properly enforcing our unemployment laws will stifle worker flexibility, let’s be clear: there is no reason temporary, or on-demand workers can’t be treated like other employees who work flexible hours for short durations,” Asaro-Angelo said.

In response to the news, Uber stock dropped more than 2%, sliding back to its post-IPO, all-time lows hit last week when the company reported a huge loss, and insiders started to sell stocks. 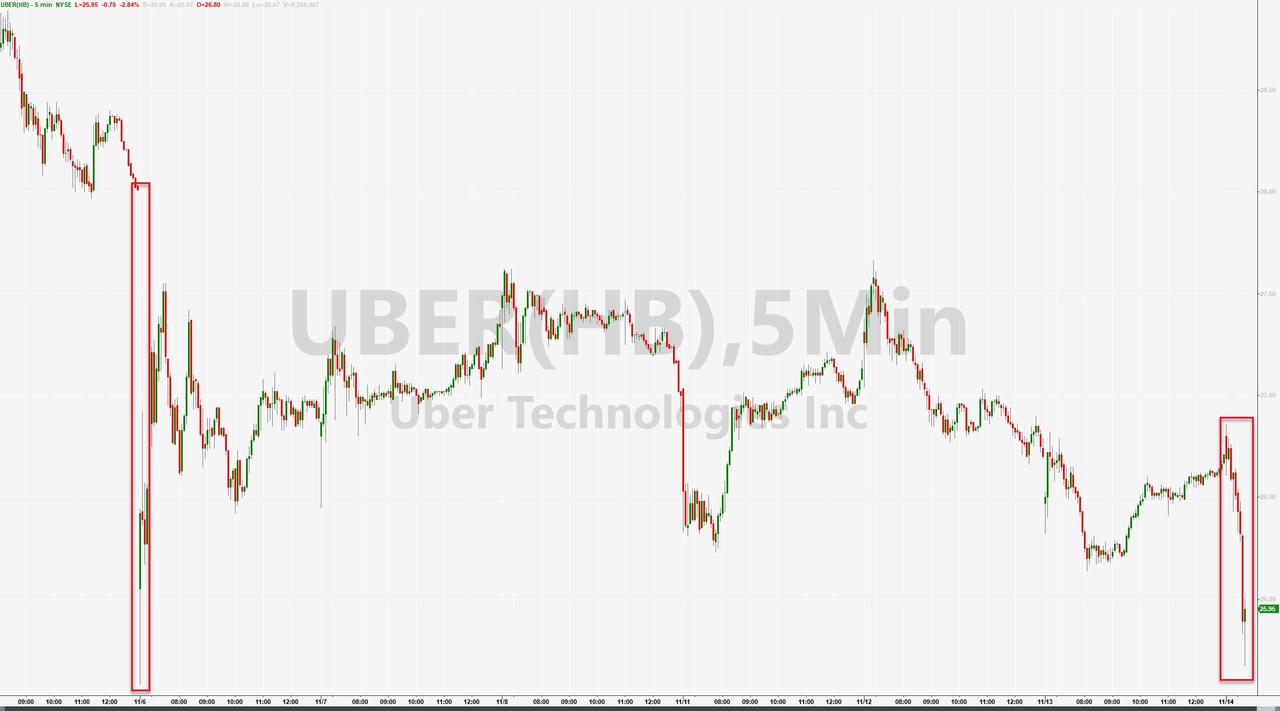 The History, Politics, and Economics of Street Names